Clean bill of health for Formosa after SuperUtes rollover

Clean bill of health for Formosa after SuperUtes rollover 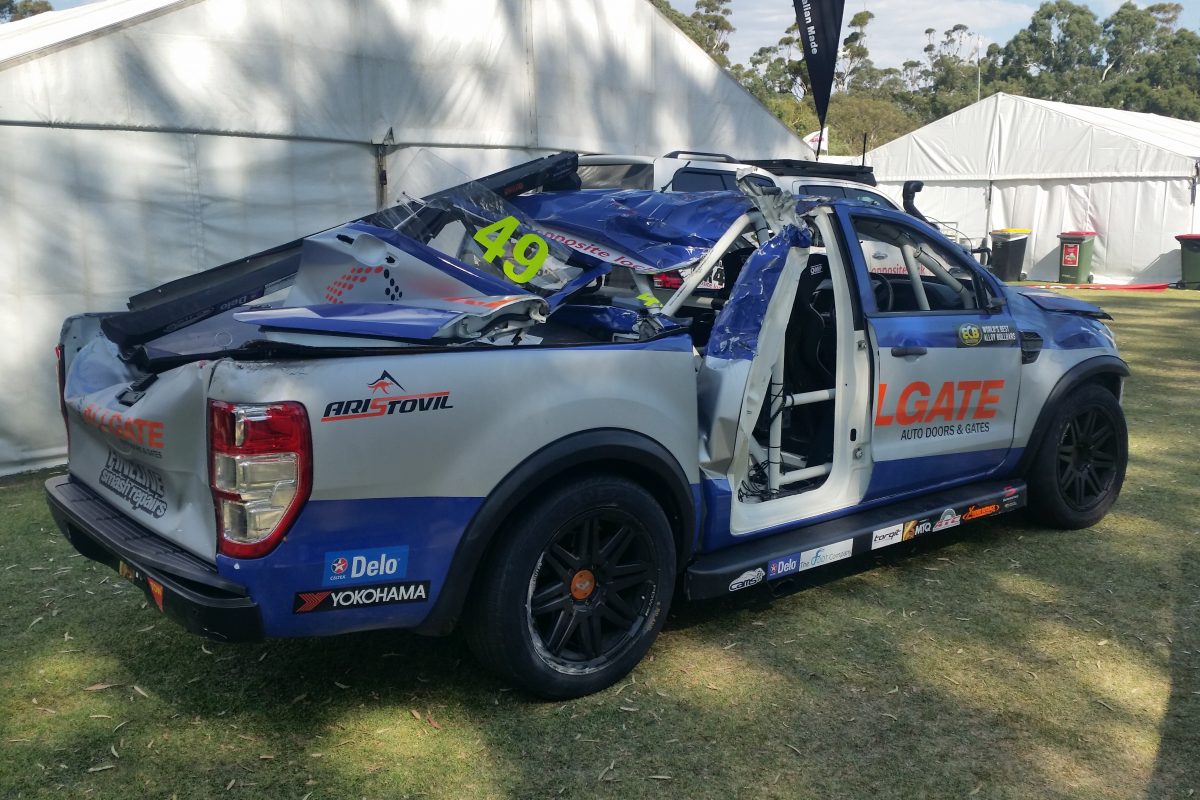 The Ford Ranger back in the paddock

Christopher Formosa escaped unscathed from his rollover in a wild first race of the 2019 ECB SuperUtes Series in Adelaide.

The sole Ford Ranger in the field ended up on its roof at the exit of Turn 5 on Lap 1 after a concertina through the terraces section, seconds after the top five starters ran as many cars wide on the way to Senna Chicane.

While the rear of the Ranger’s cabin was compressed, the rollcage structure appears to be undamaged and only the passenger side B-pillar bent.

The car did keep running, however, due to the accelerator pedal being jammed and Formosa being unable to access the off switch.

“I’m fine. The car’s safe and even though there was a big knock and stuff, it was fine, I felt good,” he told Speedcafe.com.

“The only thing was the cutoff switch got wedged between the rollcage and the roof so I couldn’t shut the car down, which is why the car kept running and then the accelerator pedal broke so it was lodged on as well.

“That’s why the wheels were still spinning so the car was still running and trying to drive whilst upside down and I couldn’t shut it off and I was trying to yell to them, ‘I’m fine, just shut the car off in the front’ because I couldn’t get to any of it.

“It went for about a minute, upside down, so I don’t know if they switched it off or if it cut out in the end.”

Formosa believes that it was in fact contact from behind which put the Allgate-backed SuperUte into the tyre wall and ultimately onto its roof, rather than a squeeze from Ben Walsh on his inside.

“Coming up to Turn 5, at that point the left mirror wasn’t there anymore after the contact at the beginning of the race,” he recounted.

“I don’t know who it was but they’ve come past me and I’ve kind of let them through as well because they kind of came out of nowhere because I couldn’t see them.

“As I was lining myself up to tag on the back of them, I got a knock from the back which then is what pushed me sideways, pushed me diagonal into the tyre wall.

“I made the corner, I was clear of it, and all of a sudden I got a knock from the back which caused the front to turn or slide into that wall and that’s where it climbed up and then from there I was just spun around and hit and it’s history.

“It wouldn’t have been obviously on purpose or anything, it was just everyone being lodged together and unfortunately I’ve been on the outside there and closest to the wall and that’s it.”

The Ranger in question, one of the two prototype SuperUtes from the category’s initial development in 2017, is believed to be repairable after a re-shell.

“I think you can rebuild it but you need a brand-new body obviously but I think the chassis and the base parts are still there,” said Formosa.

It is expected that 11 to 12 SuperUtes will line up for Race 2 today.

The Team 18 Holden Colorado driven by Dean Canto took a blow to the A-pillar as Formosa rolled and was being repaired onsite by the MTA crew, while Peters Motorsport is understood to have been able to source a replacement tray for that of the Ryal Harris BT-50 which was partially crushed as the 2018 series winner drove through the scene.

There is a question mark, however, over whether the Peters Colorado can be repaired in time after Ben Falk shunted Formosa. 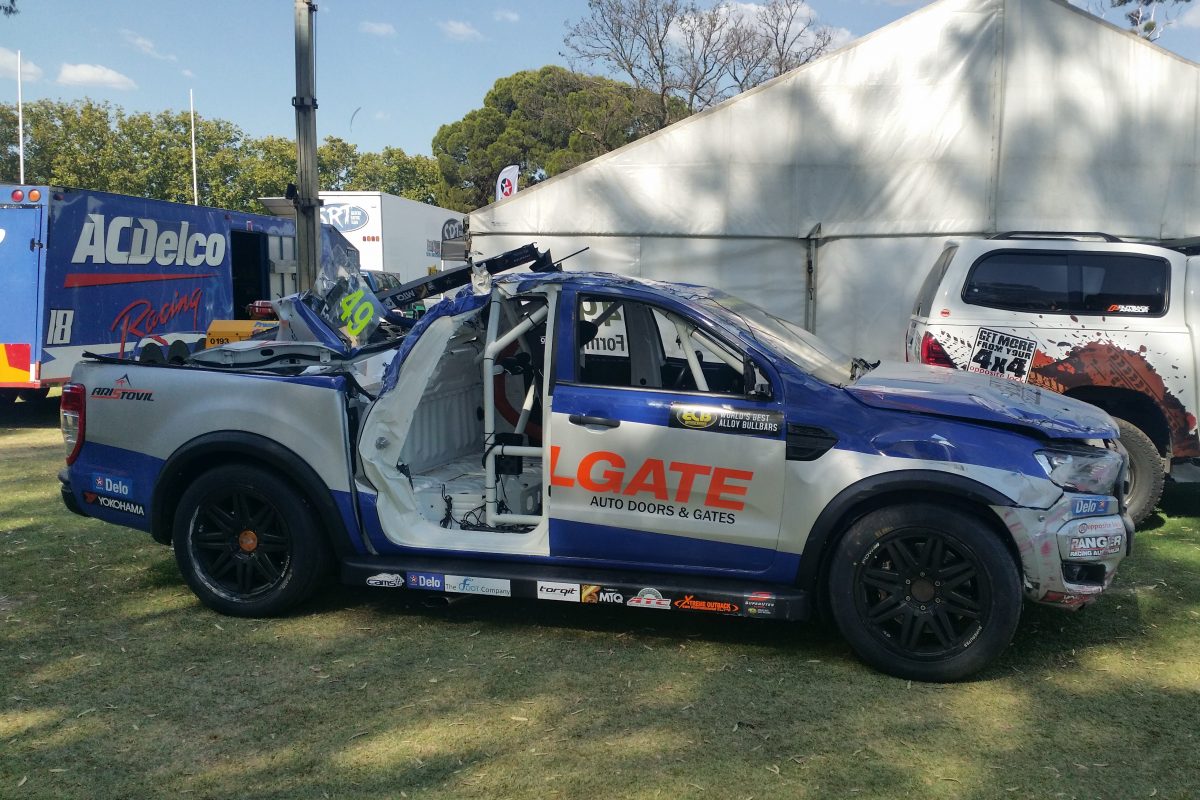