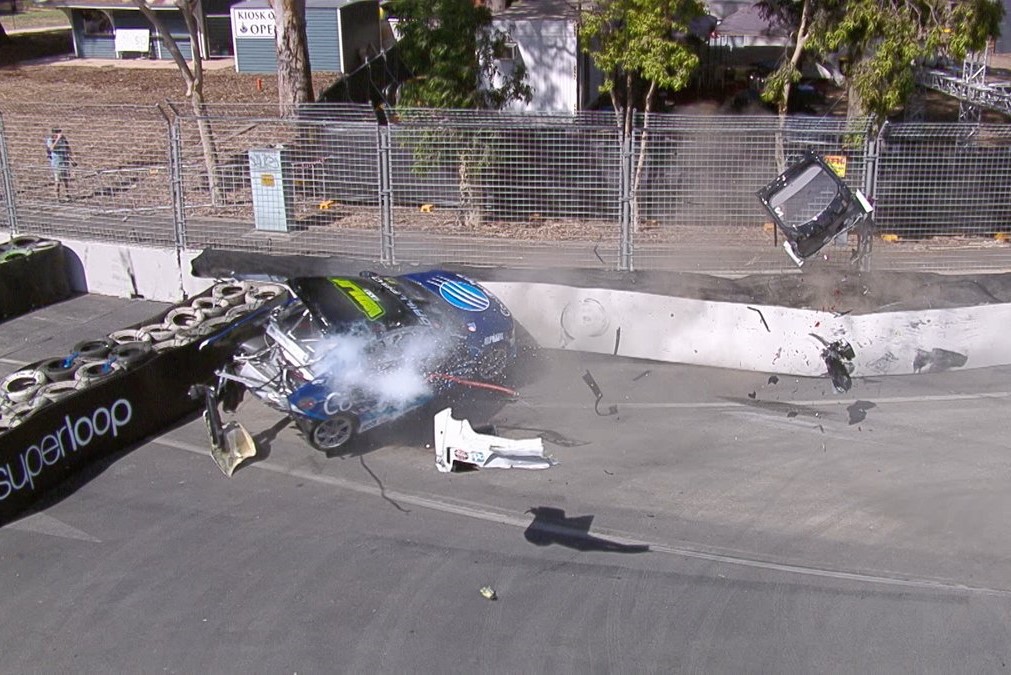 Brad Jones has described himself as “pretty devastated” for son Macauley after a brake failure caused a sizeable crash for the rookie in Supercars Championship Practice 4 in Adelaide.

Macauley Jones backed into the wall at high speed in the final minute of the session as a result of the #21 CoolDrive Commodore losing front brakes for the stop at the end of Dequetteville Terrace (Turn 9).

The 24-year-old confirmed on radio that he was okay after the incident in his first weekend as a full-time Virgin Australia Supercars Championship driver this weekend.

“Pretty devastated for Macca, he’s done a great job so far and hasn’t put a foot wrong and it’s not the way you’d want to start your first race,” said Brad Jones.

“Fortunately, there’s nothing wrong with him, he looks like he’s fine moving around out of the car.

The team owner also confirmed that brake failure was the reason for the shunt, and was pessimistic about their chances of making Race 1 of the season today at 1650 local time.

“He’s had a brake failure so the front brakes initially started to work and then the pedal’s gone to the floor,” explained Brad Jones.

“He’s okay. I can’t quite say the same thing about the car. There’s a lot of work to be done there to get him sorted out.

“Looking how hard that thing hit I’d be surprised if we can do anything with it, but we’ll see what happens when we get back.”

Turn 9 has a reduced run-off area this weekend, but Jones made initial contact with an existing wall lining the outside of the circuit.