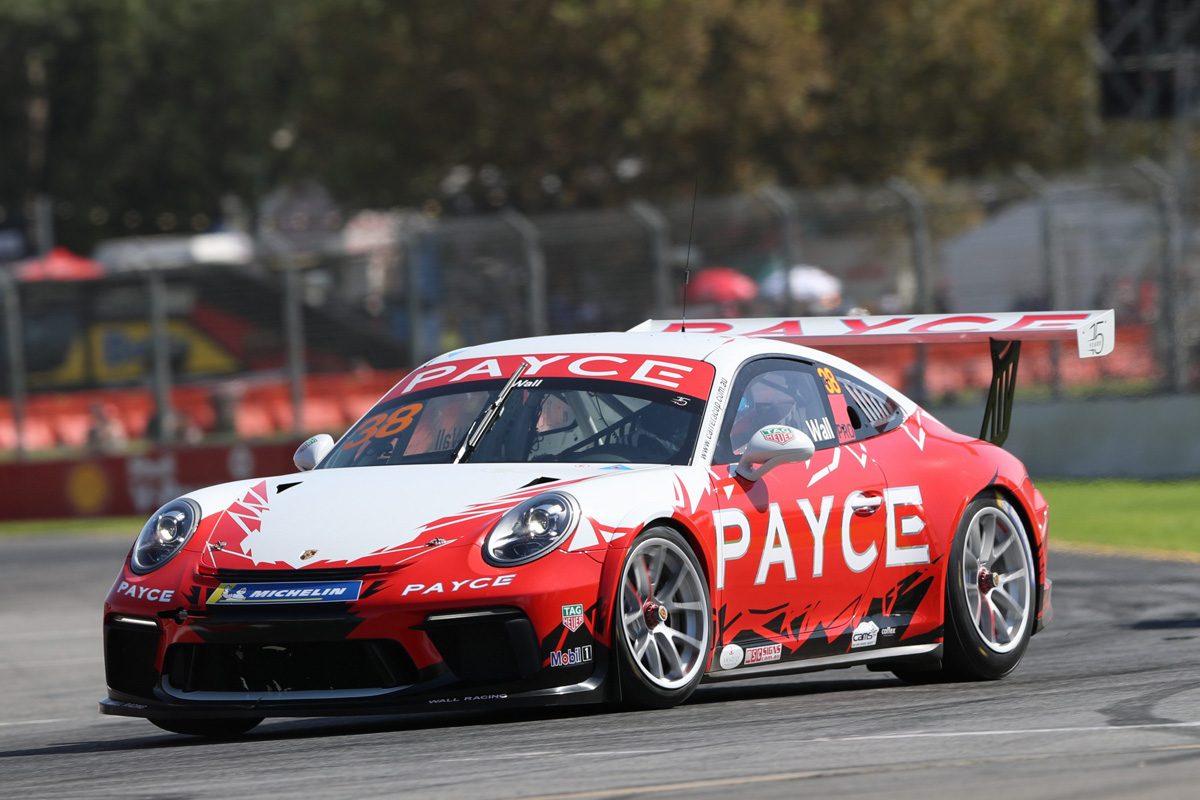 Wall shot to the top of the times as the session built to a crescendo before being cut short when Flack clouted the wall heavily at Turn 8 with less than a minute left in the session.

Flack lost the rear end as rounded the sweeper before being fired across the wall and nose first into the inside barrier.

The resulting red flag confirmed David Wall on pole for the opening race of the Carrera Cup season, the 2017 series champ making a charge in the latter half of the session to seize top spot.

He edged out Nick McBride by less than a tenth with Michael Almond only half a tenth further back.

The session started with Luff picking up where he left off in practice on Thursday by setting the early pace, his 1:22.3794s effort seeing him sit atop the timing screens in the early stages of the session.

Times began to tumble with 12 minutes remaining in the session, McBride leaping to the top of the standings before Jordan Love immediately bettered McBride’s marker.

Around the half way point Cameron Hill brushed the wall after a loose at the top of Wakefield Street, though the Canberra racer was able to get the car back to the pit lane and head back out to lock down 10th in the session.

There was a spin for McBride too, while Luff went long seconds before Hill’s spin, all escaping unscathed.

The Pro-Am pole went to Anthony Gilbertson from Tim Miles, with Flack third in class but not expected to reappear this weekend following his crash in the dying minutes of the session.