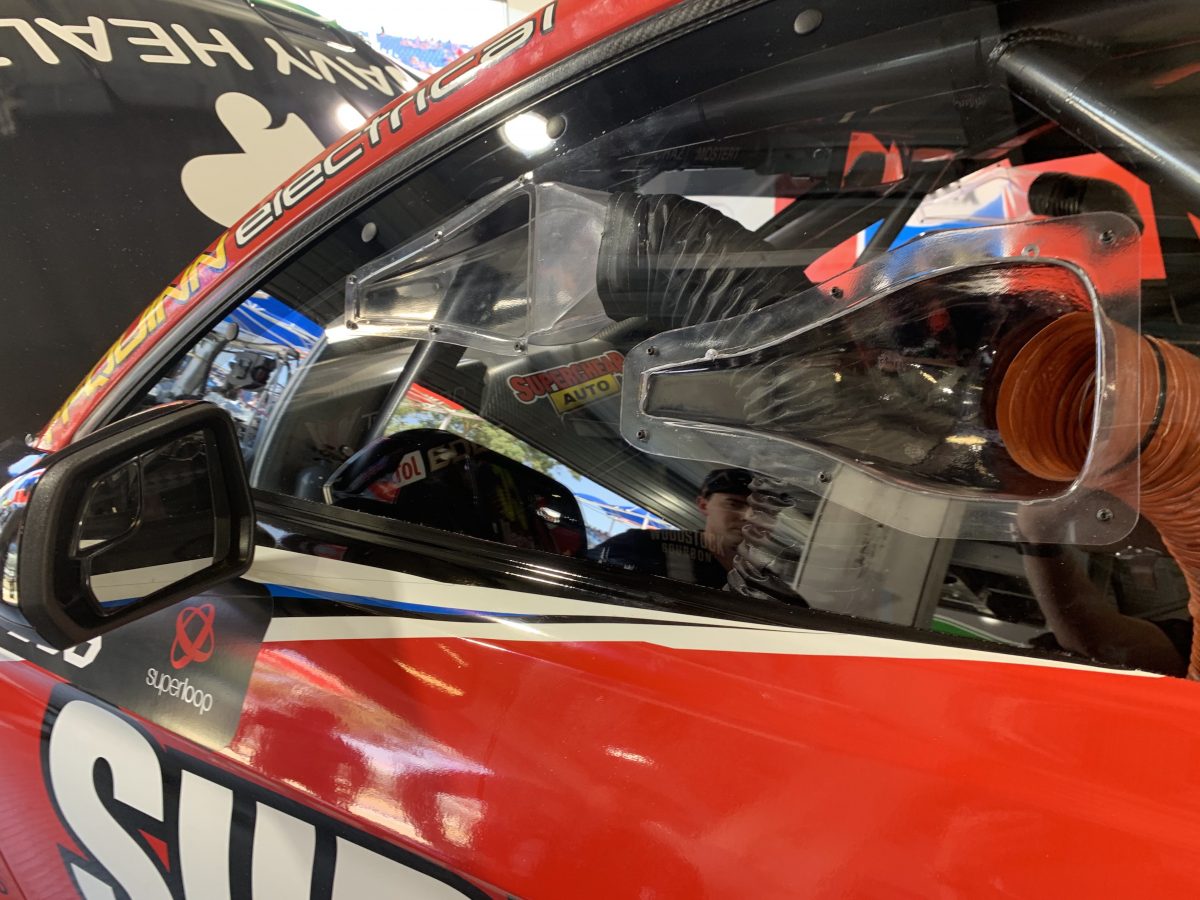 Modifications to increase the airflow coming in and out of the cockpit have been made to cars as Supercars teams do battle with extreme heat at the Superloop Adelaide 500.

Temperatures exceeding 40 degrees has seen teams take every precaution to protect drivers from the searing heat at the Supercars season opener.

While Supercars has left no stone unturned to provide care for drivers and team members in the conditions, squads up and down pit lane have made alterations to their cars.

Tickford Racing and Triple Eight have added extra ventilation hoses to the windows of their cars to increase airflow in and out of the cabin, in which temperatures are set to reach approximately 65 degrees Celsius.

“We have been making changes in both the practice sessions so far and we have made further changes for the third session just to try and get more airflow and more airflow to their feet as well,” Tickford Racing boss Tim Edwards told Speedcafe.com.

“Supercars are notoriously hot in the footwell particularly since we introduced the leg support area. It creates a bit of an oven down there.

“We have put some more hoses in there to be more preventative. We think it will be fine but we are going with the belts and braces approach.

“When we get to the Australian Grand Prix we will have to replace the windows because they will be a bit like Swiss cheese.”

Milwaukee Racing has gone to the length of placing insoles in the boots of its driver Will Davison in addition to extra vents in the windows of his Mustang.

“You have to take every precaution as it it is going to brutal in the car. Hopefully it drags a but more heat out of the cabin,” team owner Phil Munday told Speedcafe.com.

“I think you will see everyone putting in holes to improve the airflow for the drivers.

“We have put insoles in Will’s boots as you know drivers feet get blistered in this heat.”

Triple Eight has confirmed that it has only made changes to Shane van Gisbergen’s car following a request from the driver.