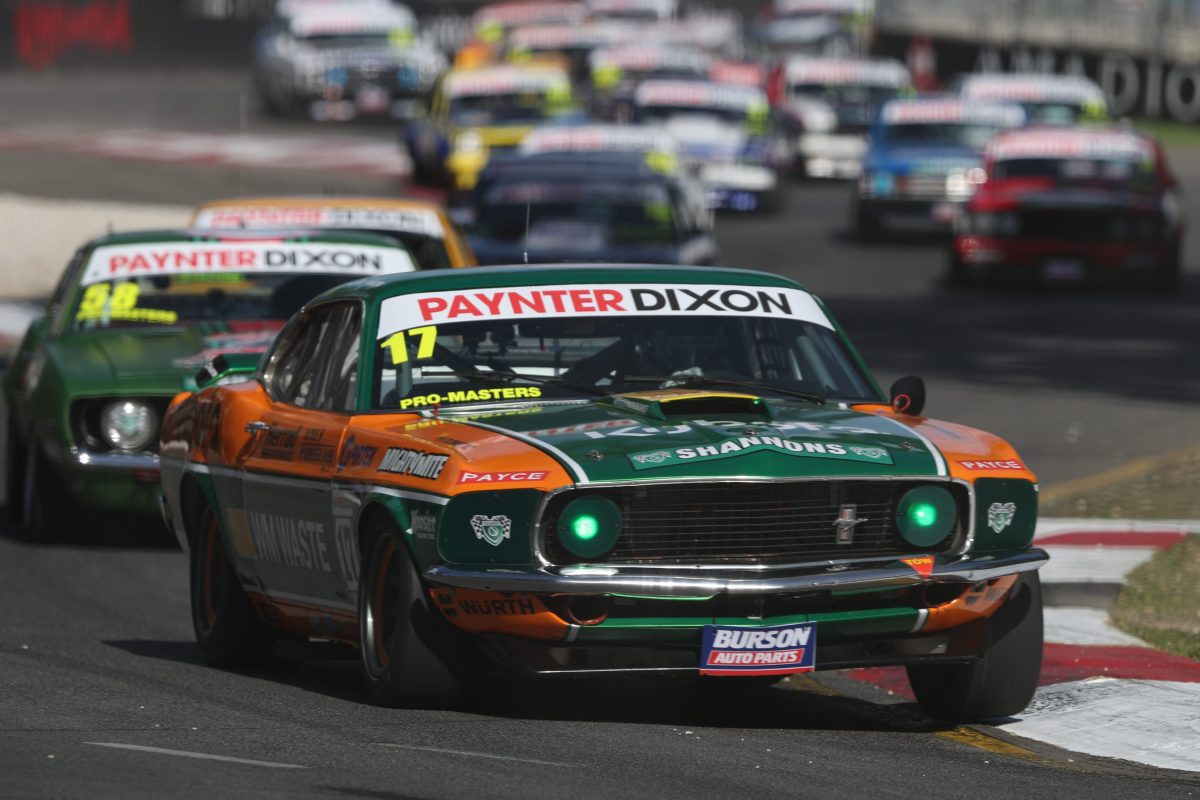 Steve Johnson has claimed the opening points-paying race of the 2019 Paynter Dixon Touring Car Masters series at the Superloop Adelaide 500.

Johnson (Ford Mustang) led the early stages of Race 1, but a crash on Lap 2 for Andrew Fisher (Ford Falcon) at Turn 8 brought out a lengthy Safety Car period.

The race restarted on Lap 6, with Johnson continuing out front until the chequered flag while Ryal Harris (Chevrolet Camaro) slipped down the order from second spot to ultimately finish seventh.

Jason Gomersall and Jim Pollicina, both in Holden Toranas, completed the top five after the latter started 14th.

Bruce Williams (Holden Torana) led the Dometic Trophy Race from start to finish to win comfortably over Pollicina and Bowe, who charged from down the field.

Jeremy Gray (Holden Torana) was demoted to fourth after running second until being passed by both Pollicina and Bowe, while Marcus Zukanovic (XD Falcon) finished fifth. 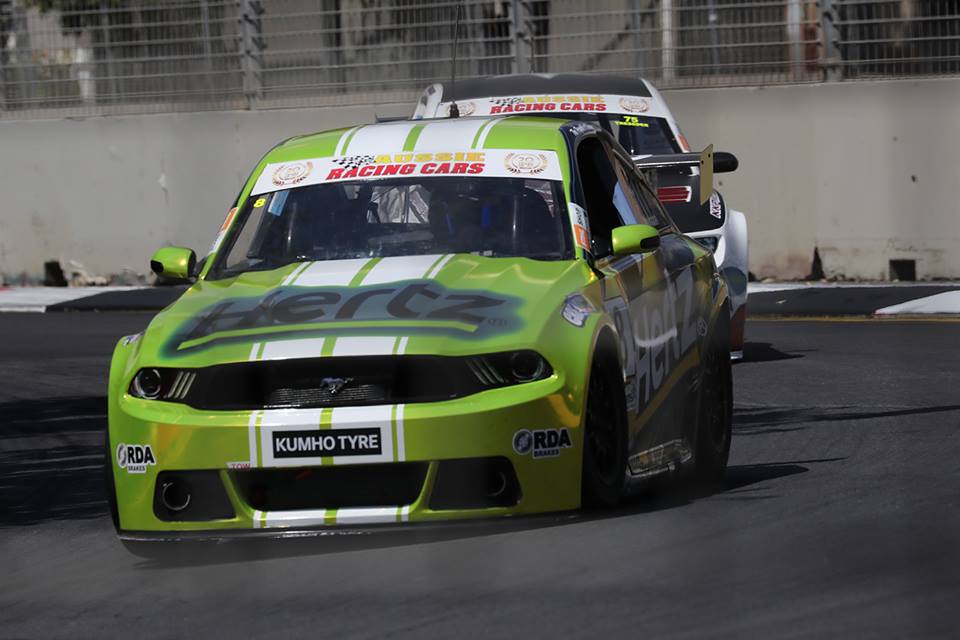 Justin Ruggier has gone two from two in Round 1 of Aussie Racing Cars while front-runner Craig Woods took a big lick of the Turn 8 wall.

Ruggier and Kel Treseder made an even start from the front row while Woods briefly lost third position to Leigh Bowler.

Woods continued to circulate a few lengths back from the top two until he got too eager and hit the inside kerb at Turn 8 on Lap 3.

The impact put Car #64 up on two wheels and into a slide before making heavy contact with the outside wall.

Later in the lap, David Makin was fired into the wall exiting Turn 9 in a tangle with Daniel Price, before the Safety Car could be called.

The race restarted with just enough time for one more lap, at which time Sciberras took second off Treseder on the run to Senna Chicane and held on for the rest of the lap.

There was an amusing moment further back in the field as Emma Clark spun at Turn 8 and was saved from going into the wall when she was hit by husband Adam Clark.

Ironically, Emma went on to finish but Adam did not. 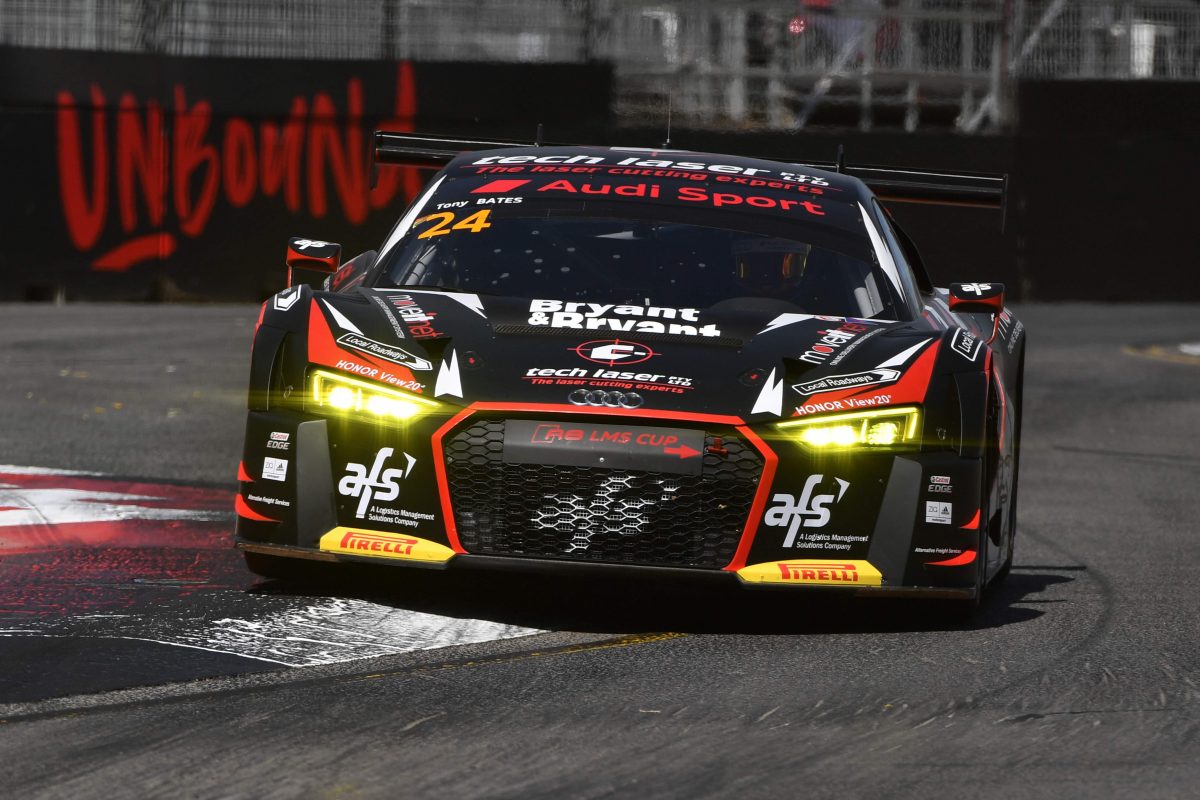 Tony Bates proved quickest in qualifying for the Audi Sport R8 LMS Cup despite making contact with the wall.

Yasser Shahin was the early fast man, before Bates and Geoff Emery both went quicker, with the latter having a minor spin on the exit of Turn 5.

Bates lowered the benchmark further but lost control at Turn 8, spinning and tagging the concrete wall with the rear of the car.

Late in the session Bhurit Bhirombhakdi was on a flying lap which would have taken him to the top, but dropped a wheel on the grass on approach to the final corner and spun.

Bates held on to his fastest lap to end qualifying on top, ahead of Bhirombhakdi, Daniel Bilkski, Andrew Haryanto and Emery.