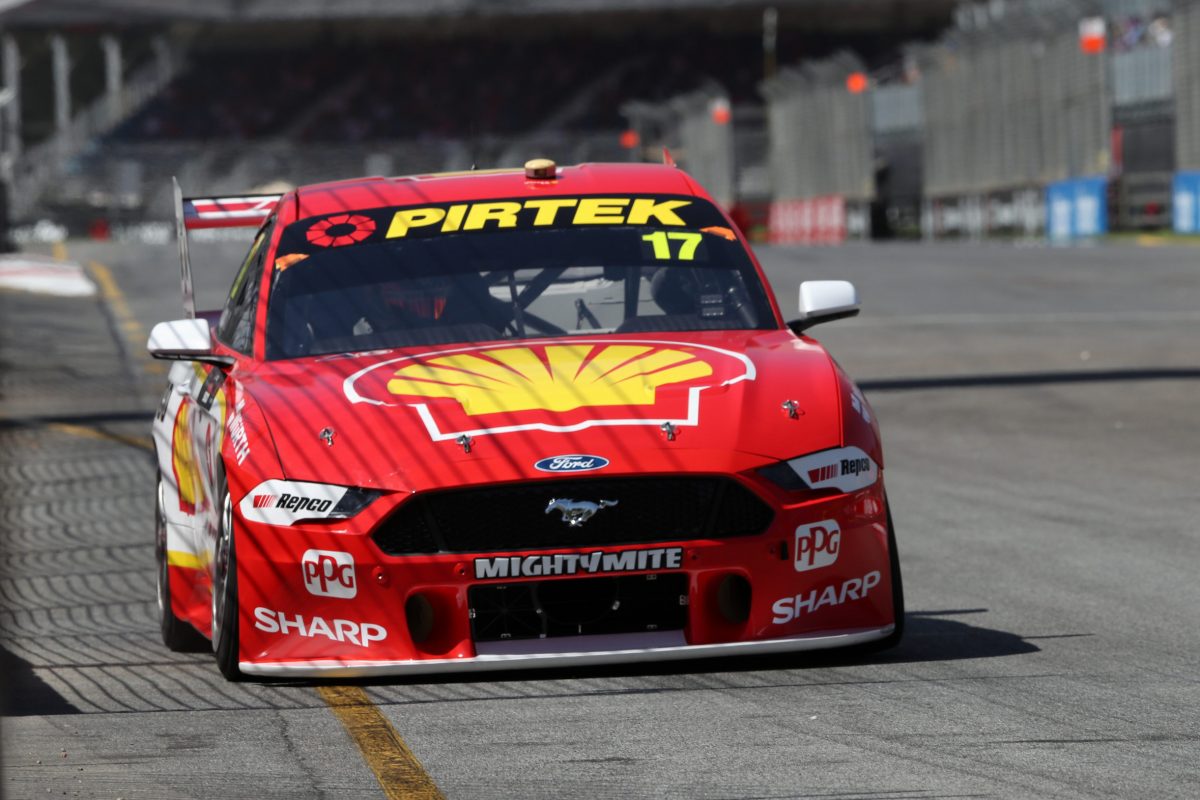 McLaughlin sat third to a trio of Triple Eight-built ZB Commodores when the chequered flag was unfurled but took over first position with a 1:20.3906s in the first of the Shell V-Power Racing entries.

Almost nothing separated Jamie Whincup and Shane van Gisbergen in second and third respectively, while Scott Pye and Fabian Coulthard were late movers to fourth and fifth, bumping Mark Winterbottom to sixth.

McLaughlin had been on top with a 1:20.9707s with three minutes remaining in the half-hour session, before a succession of cars came out on new tyres.

Winterbottom temporarily rose to third from the base of the top 10 in the Triple Eight-built Irwin Racing car, although his fastest lap was 0.5261s off the pace by the end of the session, behind Pye (Mobil 1 Mega ZB Commodore) and Coulthard (DJR Team Penske) in the second of the Mustangs.

Slade had caused an early red flag when he ended up off the road and stuck in the kitty litter at Turn 11 in the #14 Brad Jones Racing entry.

James Courtney had a brush with the wall at the Sweeper (Turn 8) not long prior to that incident.

He was able to get back out and set a time good enough for 12th position after the Walkinshaw Andretti United crew threw another left-front steering arm at the #22 ZB Commodore.

Simona De Silvestro was the leading Kelly Racing driver in 16th in her Harvey Norman Altima at 1.0573s off the pace, the first driver more than a second away from McLaughlin.