McLaughlin not surprised by Mustang performance

McLaughlin not surprised by Mustang performance 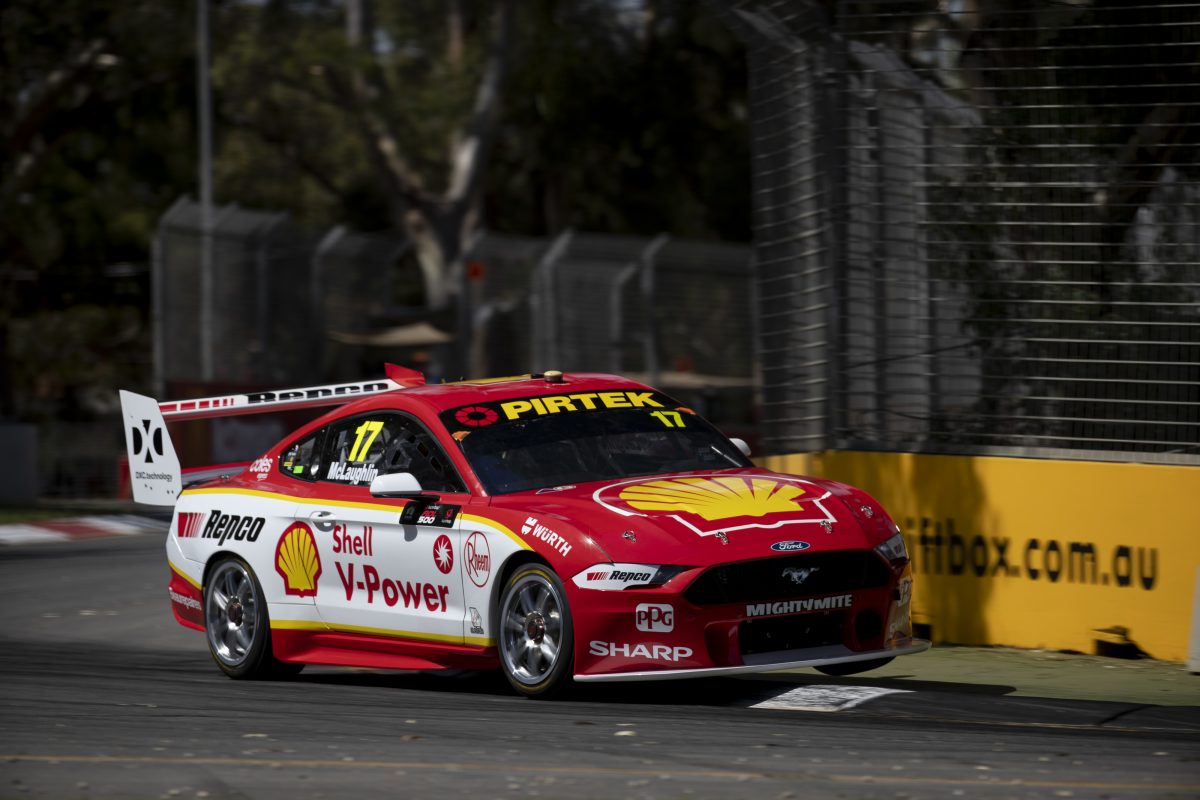 Scott McLaughlin is not surprised by the Ford Mustang’s strong out-of-the-box performance in its first race event at the Superloop Adelaide 500.

It was the culmination of a DJR Team Penske sweep of the day’s three sessions after McLaughlin topped Practice 2 and Coulthard led a one-two in Practice 3.

Tickford Racing’s quartet of Mustangs have also figured at the pointy end of the field and both Cameron Waters and Will Davison will be in action in tomorrow’s Top 10 Shootout.

McLaughlin was in fact the only Mustang driver not to make the top 10 in Thursday evening’s opening practice due to a power steering failure, but had no problems getting up to speed today.

“Yesterday we basically started okay and then we had that failure so we had to reset again this morning,” he recounted.

“Started off (with) race runs and then worked our way through this evening for qualifying.

“It was lit, it was awesome, the car was mint and it was the best it’s been all weekend.”

While the Mustang’s elongated coupe shape is a departure from the Falcon sedans which Ford teams had campaigned for a quarter of a century, McLaughlin claims that their early pace was not a surprise.

“No, the pace, I think, is a testament to everyone that’s worked hard,” said the 2018 champion.

“We’ve worked hard to make sure that the car’s good along with Ford Performance in the US and all the other sort of Ford teams have tried to bring out a car that’s good enough.

“We back our teams, myself and Fabs, and I’m proud of everyone and how we’ve come out strong and we both felt really comfortable straight away.”

Coulthard, who picked up a solitary race win on his way to a disappointing ninth in the championship in 2018, found his package far more to his liking.

His gains, however, date back to work on the running gear, which carries over from the FGX Falcon, last season.

“I think it’s better, definitely. It’s nice to have a car that’s predictable,” he responded when asked about balance and rear grip.

“Definitely in the back half of last year we improved our cars a lot, especially on a street circuit, so to come here and be strong again, it’s comforting, it’s good for your confidence.

“We’ve got two Shell cars in the top three, which is a credit to everyone in our team.”

The Supercars Championship field is back on-track for Practice 4 tomorrow at 1040 local time/1110 AEDT, ahead of the Armor All Top 10 Shootout at 1405 local time.