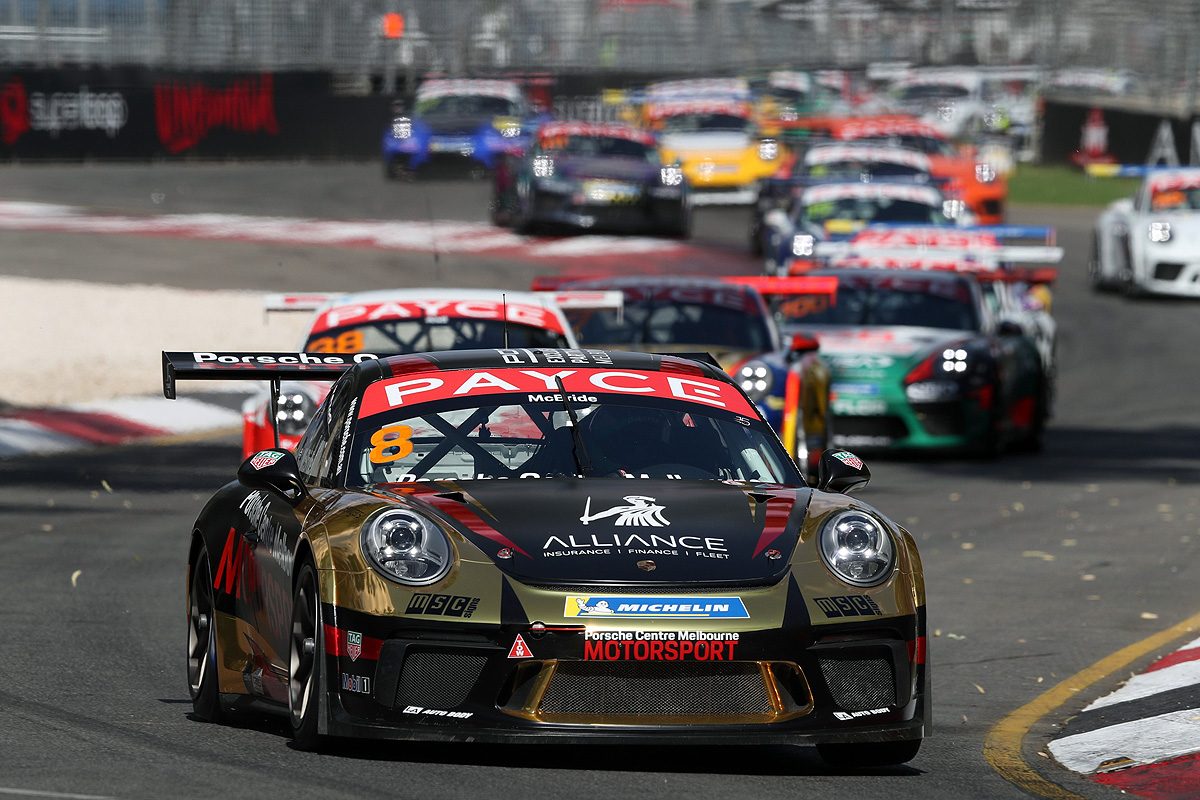 Nick McBride has translated a strong start into victory in the opening race of the Porsche Payce Carrera Cup Australia series around the Adelaide Parklands circuit.

Having opened a small gap in the early laps he then withstood strong pressure from David Wall following a mid-race Safety Car to take the first race of the category’s new season.

McBride headed the field into the first chicane on the opening lap after polesitter Wall bogged down at the start, slotting in second ahead of Michael Almond and Wood who got the better of Luff in the opening exchanges.

Almond’s challenge was short lived when a fluid leak became more serious, dropping the South Australian from third before taking to the pit lane just as the Safety Car was called for Tim Miles.

Sitting second in the Pro-Am class, Miles found the tyre barrier at Turn 11 with five laps in the book, burying the car in the gravel.

Following the restart McBride withstood pressure from Wall to the flag, taking a narrow victory in the season opener with Wood trailing home just over two seconds further back in third.

Luff followed home in fourth, unable to recover the position lost to Wood in the opening laps with Cooper Murray and Jordan Love filling sixth and seventh respectively.