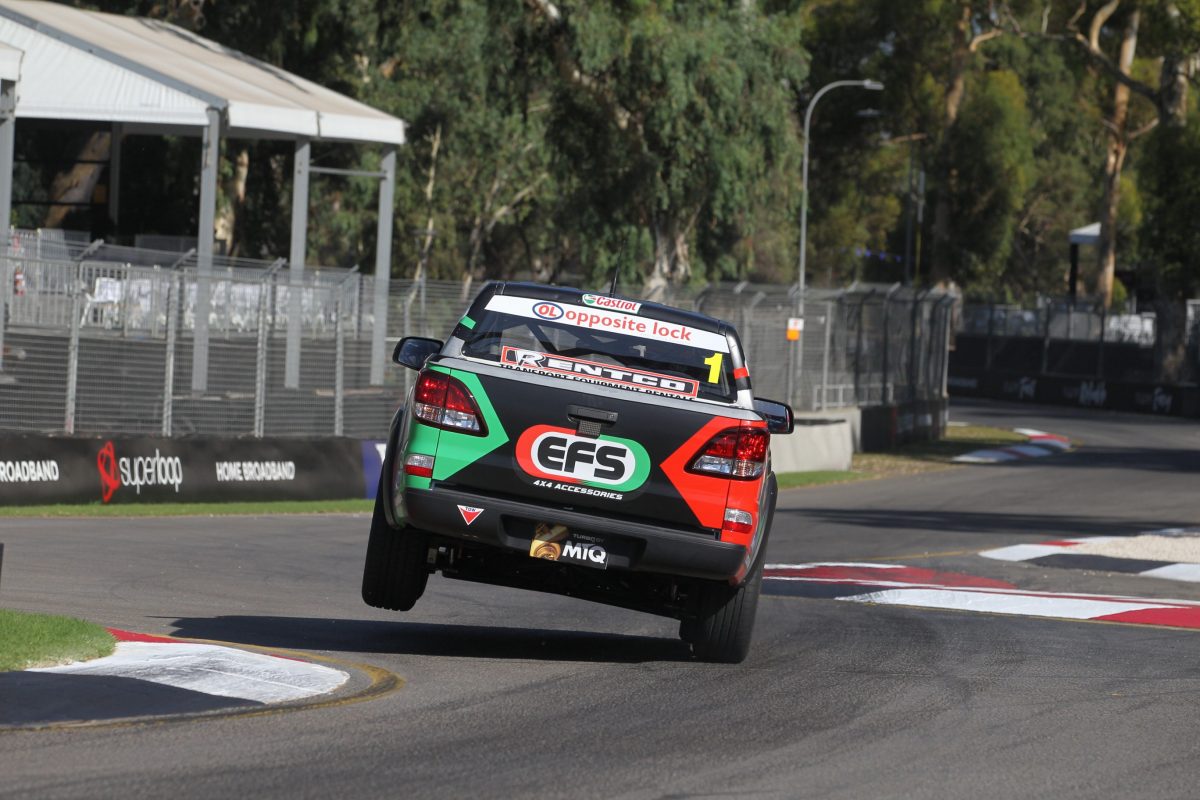 Ryal Harris needed a last-ditch effort to deny Tom Alexander Armor All Pole Position in the SuperUtes after it looked like his streak of dominance in Adelaide had been broken.

Harris, who held the quickest lap throughout each of Thursday’s two practice sessions, appeared to have put the cue in the rack eight minutes into the 20-minute session having set back-to-back-to-back fastest laps.

With the #1 Peters Motorsport Mazda BT-50 sitting in the pits, Alexander began to threaten to unseat Harris and eventually did so with a 1:44.5957s in the final three minutes in the Ross Stone Racing Isuzu D-Max.

Harris subsequently returned to the track with just enough time for one more flyer and while he was only personal best to the first two sectors, he made up enough ground to wrest pole back from the Kiwi by 0.1434s.

The time, 1:44.4523s, was less than half a tenth better than the previous SuperUtes benchmark around the Adelaide Parklands Circuit which Harris clocked in Practice 2 a day prior.

There will be four makes on the first two rows for the opening race of 2019 after Elliot Barbour qualified third in his Sieders Racing Team Mitsubishi Triton, albeit more than half a second away from Alexander, and Ben Walsh fourth in a Western Sydney Motorsport Toyota Hilux.

Dean Canto did not set a representative time in the Team 18 Holden Colorado after pulling into the pits early in the session and is due to start at the rear of the 13-car grid.