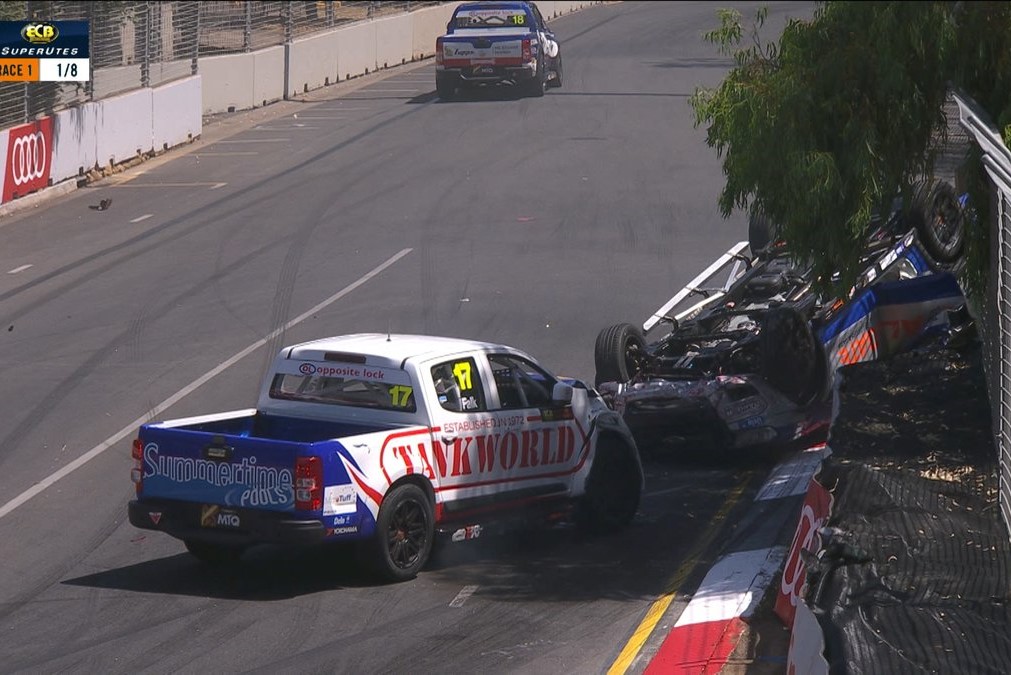 Formosa’s Ranger Racing Ford Ranger ended up on its lid five corners into the race after he ran out of road and snagged the tyre wall, having been stuck on the outside of Ben Walsh and perhaps also nudged also by Mick Sieders.

Formosa had just been one of five drivers to run as many cars wide at the head of the field as they approached Senna Chicane from the rolling start.

Ben Falk and Adam Dodd started the race from the front row due to the reversal of the grid after qualifying, and then went side-by-side with Adam Dodd, Formosa, and Cameron Crick on the run to the first corner.

Falk collected Formosa as he rolled and didn’t make it past the first lap, while pole-sitter Ryal Harris had to pit to have his Mazda BT-50’s tonneau removed after his tray was crushed.

Dean Canto was also into the lane having had the Ranger scrape across his driver’s side A-pillar, and did not reappear in the Team 18 Holden Colorado.

He was not injured, while Formsa was also seen standing outside of his car as medical and recovery crews attended to the mess.

The field trundled around under the Safety Car until the chequered flag was shown after four of the scheduled eight laps due to time certainty.