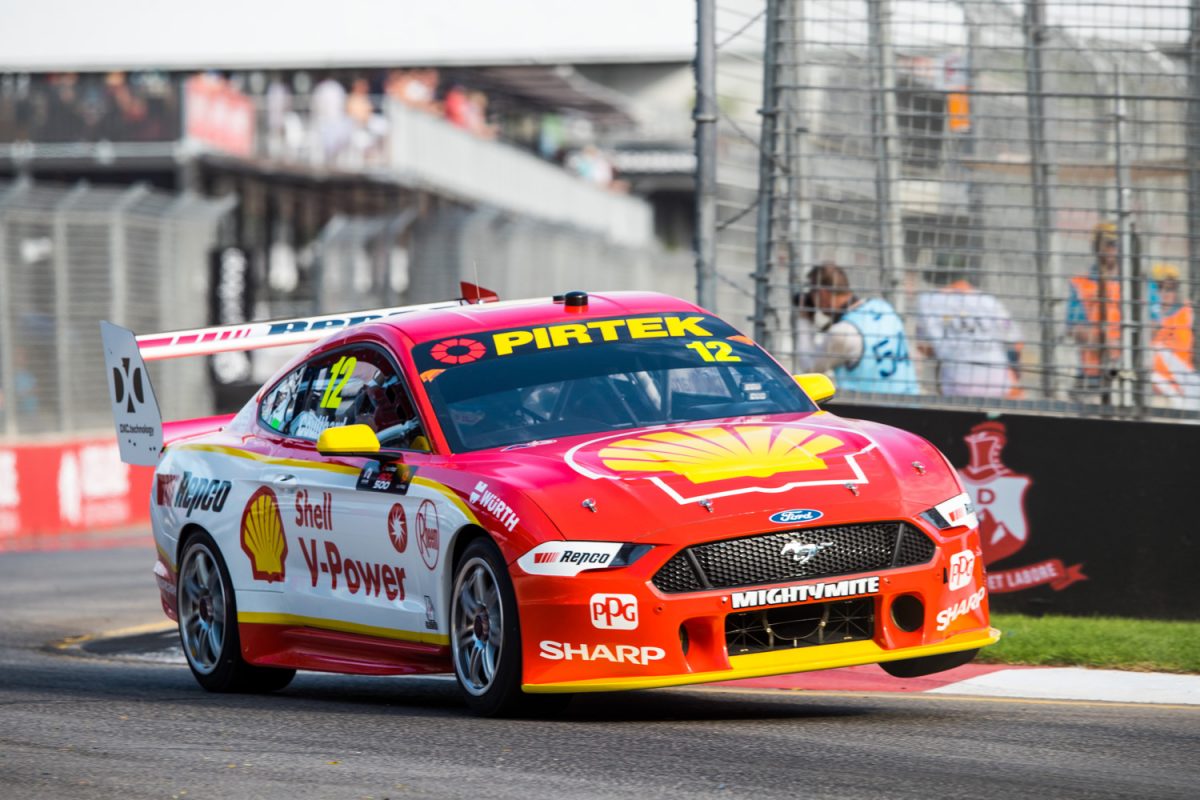 Fabian Coulthard has edged Scott McLaughlin in a top three separated by less than a tenth in Supercars Championship Practice 3 at the Superloop Adelaide 500.

Jamie Whincup was next-best after the Shell V-Power Ford Mustangs, with Nick Percat and Chaz Mostert within a quarter of a second of the Kiwi pace-setters.

Tim Slade was on top in the #14 Freightliner ZB Commodore after the first timed laps, followed by Whincup (Red Bull HRT ZB Commodore) for a brief moment before Coulthard laid down a 1:21.0296s.

McLaughlin was the first man into the 1:20s bracket in his second run, and moved the mark further in his third run on used tyres.

Each of the Triple Eight and DJRTP cars took greens for their last runs, with McLaughlin setting the fastest lap of the weekend to date at 1:20.1792s.

“It’s all about knowing what you’ve got,” he said of taking two new sets of tyres.

“We just need to get a bit of confidence back, so that’s definitely the way to do it.

“The car’s been good all weekend I’ve been there or thereabouts, so we just need to do it when it counts.

“(The car has) been good at Phillip Island (pre-season test), it’s been good here.

“Everything’s progressing as we would like but it’s a long way to go. Don’t get too ahead of ourselves.

“We’ve got a fantastic team behind me and Scotty. Everyone’s done a fantastic job here at Shell V-Power Racing and Ford Performance in America.

“It’s not just us driving it, it’s a credit to everyone.”

Percat found a tiny improvement which ended up being the difference between fourth and fifth, the latter taken up by Mostert in the Supercheap Auto Mustang.

Slade, Will Davison (Milwaukee Mustang), and Cameron Waters (Monster Energy Mustang), who took up sixth through eighth, found time with the chequered flag out.

The four Kelly Racing entries came in a bunch from 17th to 20th on the timing screen, with Garry Jacobson (Rabble.Club Racing) fastest of the Braeside squad despite bumping the wall at Turn 8 earlier in the session.

The first Armor All Qualifying session of the year starts this evening at 1825 local time/1855 AEDT.