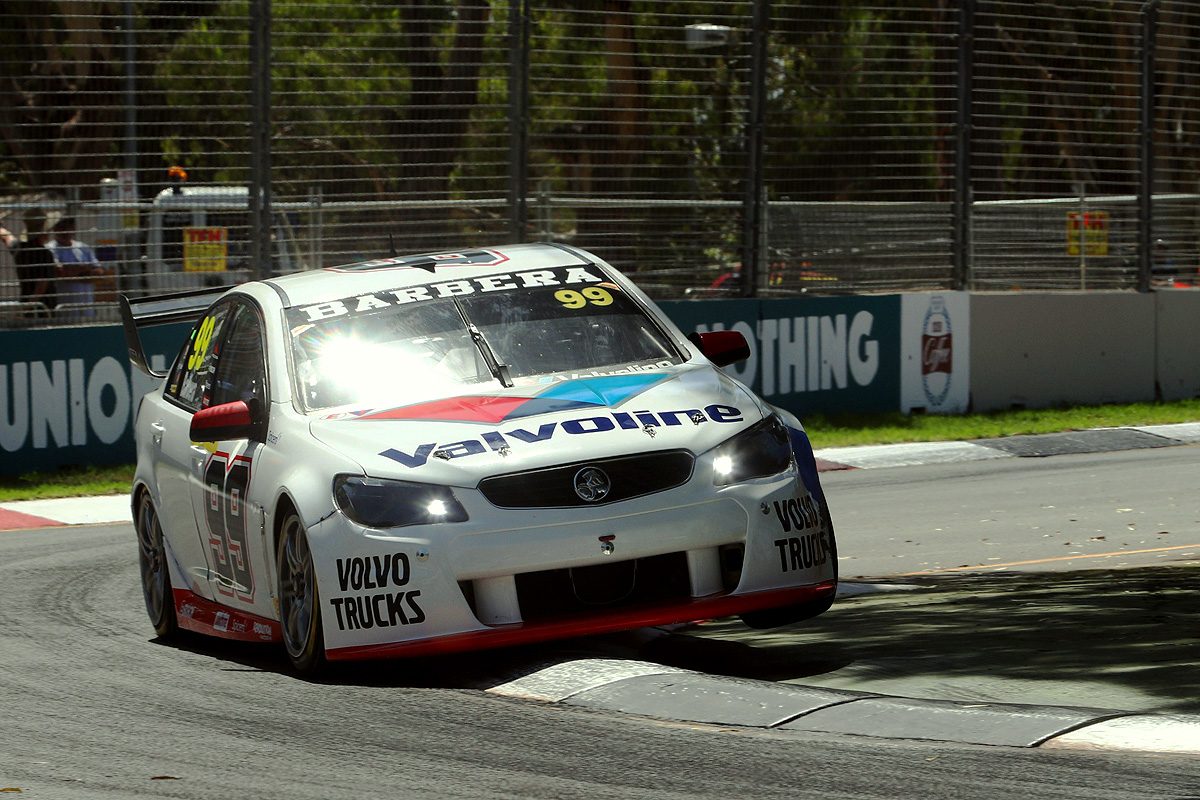 Fullwood went fastest on his second run but was bettered by Barbera by just 0.0362s with the chequered flag out.

That effort knocked Thomas Randle back to the second row, while Zane Goddard made it two MW Motorsport Altimas on the first two rows of the starting grid.

Brodie Kostecki held top spot with a high-21 under an early red flag but it was Fullwood on his return to MW Motorsport who moved into provisional pole with a 1:21.4674s on his first decent flyer.

The Territorian was fastest to the second sector next time around when he pitted the #16 Altima, and did not improve in his final run at the 20-minute session.

Randle briefly sat in first position and moved back up to second with his last shot in the Tickford FGX Falcon, before Goddard was faster than Fullwood to the second sector only to have a moment at Turn 11 and then kick up the dirt at Turn 14 in the final minute.

That gave Barbera the opportunity to take a shock pole, with the Garry Rogers Motorsport driver 0.3s off the pace at the first sector before hauling the #99 VF Commodore to a 1:21.4312s.

Kurt Kostecki ended up fifth in Triple Eight Race Engineering’s return to Super2 and will start alongside cousin Brodie Kostecki in another Banyo-built VF Commodore, run out of Kostecki Brothers Racing.

Brodie Kostecki had also bettered Fullwood’s then-fastest lap to the second sector but put a wheel in the grass between Turns 13 and 14 and slid off, stage left.

He then made a reasonably large impact with the tyre wall at Turn 4 and ultimately recorded no improvement on his first run.

Ash Walsh (Matt Stone Racing VF Commodore) was 12th fastest and will file up on the outside of last year’s Bathurst 250 winner Dean Fiore (EMS VF Commodore) this evening, while Abbie Eaton (MSR VF Commodore) qualified on the back row.

Tyler Everingham hit the wall at the Turn 8 Sweeper early in the session having appeared to touch the inner ripple strip in his MWM Altima.

The 2018 Super3 Series winner lost his only timed lap as a result of the red flag he caused and is due to start Race 1 from the very rear of the 20-car grid.