Winterbottom’s session ‘most fun I’ve had for a while’

Winterbottom’s session ‘most fun I’ve had for a while’ 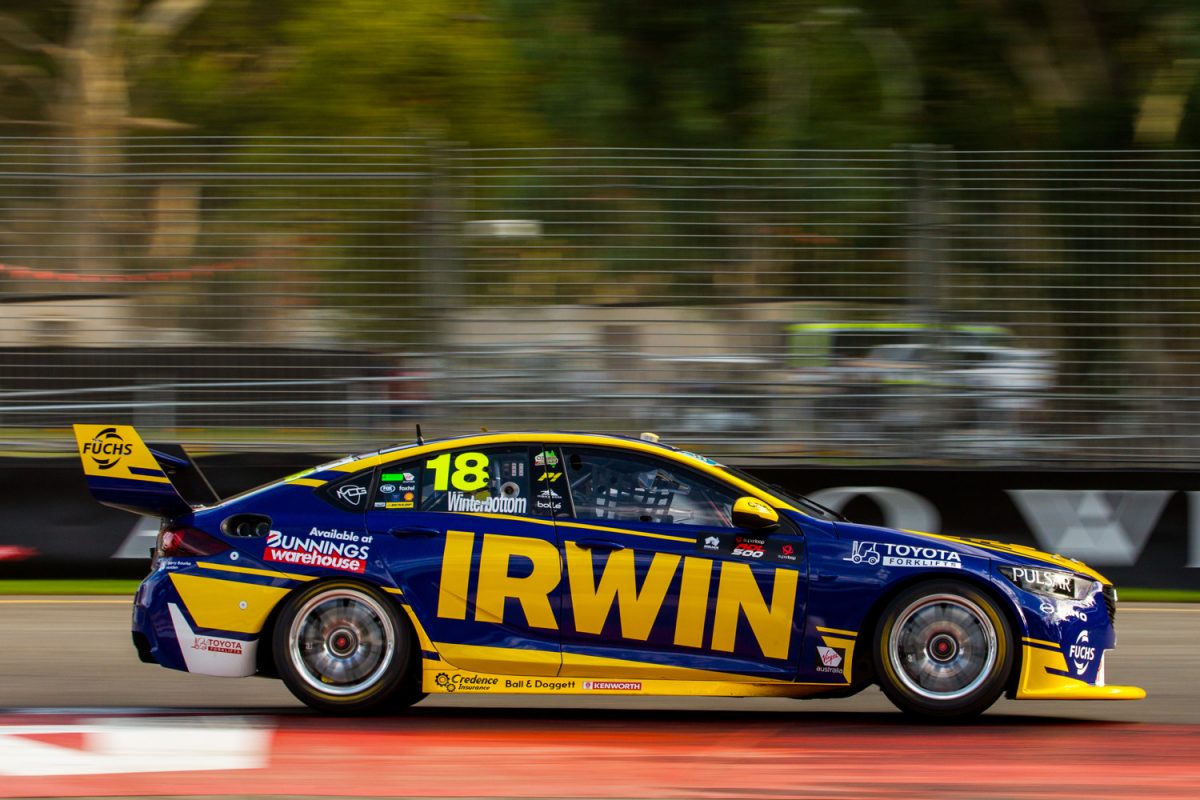 Mark Winterbottom has declared his first practice session in the Irwin Racing Commodore to be ‘probably the most fun I’ve had in a car for quite a while’.

Winterbottom was fifth fastest in Virgin Australia Supercars Championship Practice 1 in Adelaide, behind the Penrite Commodores and two Ford Mustangs.

He arrived at Team 18 off the back of two winless seasons at Tickford Racing and experienced a combination of splitter flap and ECU gremlins in the pre-season test at Phillip Island a fortnight ago.

After a trouble-free start to the Superloop Adelaide 500, Winterbottom was jubilant about his half-hour outing in the Triple Eight-built ZB Commodore.

The 2013 Supercheap Auto Bathurst 1000 winner was outside the top 20 as a result of his practice program before jumping temporarily to second in the final minute of the Thursday twilight hit-out.

“We had no dramas, just bedded in our brakes and did our process,” Winterbottom told Speedcafe.com.

“The worst part of the session was my radio didn’t work.

“We had a few dramas at Phillip Island, the splitter and the ECU, but we got them out of the way and you feel really good with the crew around you.

“You’ve got problems, you fix them, and we had a trouble-free run so I enjoyed that.

“It was probably the most fun I’ve had in a car for quite a while so it was a cool challenge.”

Having spent most of his career driving Tickford Falcons, Winterbottom now has three days under his belt in Triple Eight machinery, including a brief handover at Queensland Raceway, and was excited by the latest experience.

“It was good, it’s just so different to drive,” he remarked.

“You’ve got to brake in spots when I’m normally not, you’ve got to throttle when you’re (normally) not, it’s so foreign, so your mind’s going a hundred mile an hour but it feels really nice so I think we can build on that tomorrow.

“It’s so different to drive and that’s not the brand, it’s just the set-up.

“It’s just different philosophies in this car to what the Tickford car is or whatever, so you’re fast in spots that you’re not normally, you’re slow in spots maybe you were good, so it’s just so different but it’s really cool.”

Winterbottom’s performance in fact left him quickest of the five drivers of Triple Eight-built Commodores, with the Banyo organisation’s own Shane van Gisbergen next-best in seventh.