Winterbottom happy to be told how to drive by Keed

Winterbottom happy to be told how to drive by Keed 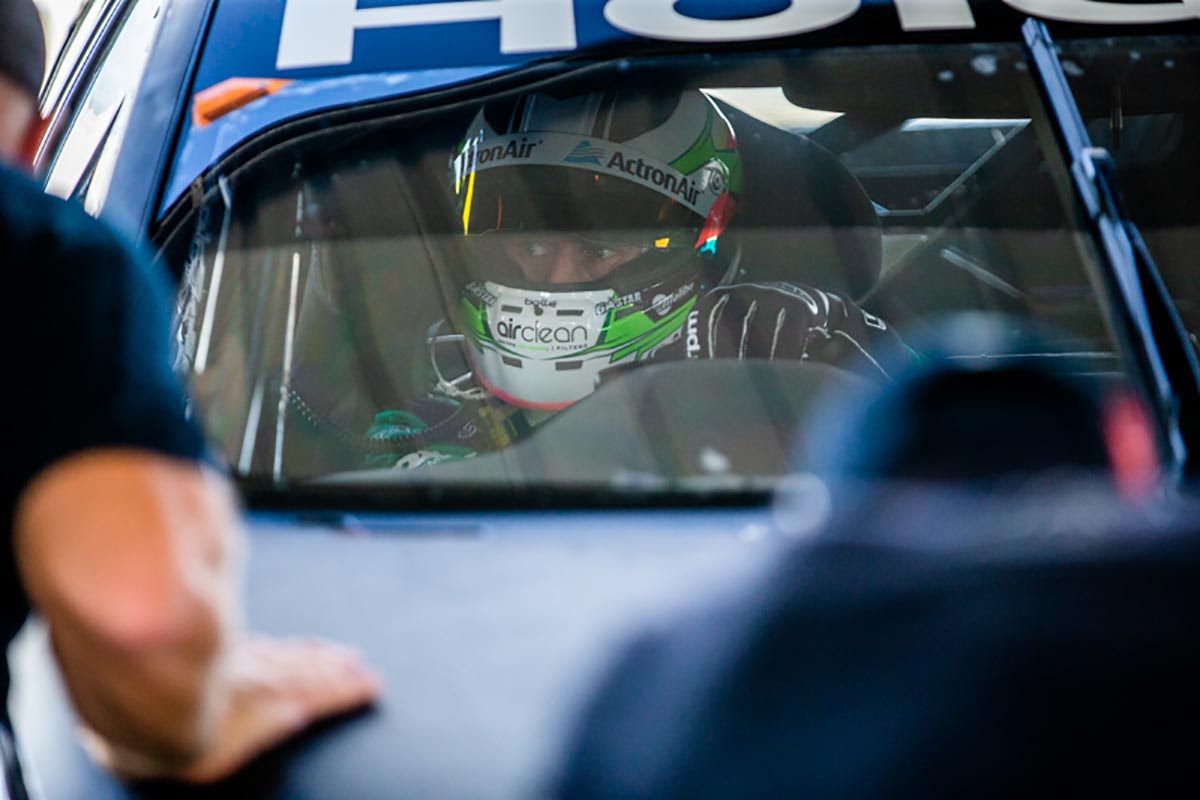 Mark Winterbottom believes that being told how to drive his car by Phil Keed is a sign of how advanced his engineer’s thinking is.

Their respective signings at Irwin Racing are among a raft of changes at the Charlie Schwerkolt-owned operation, but they have in fact worked together before, at Tickford Racing in 2009.

Keed, who had been on ‘gardening leave’ from DJR Team Penske, to which he had moved from Brad Jones Racing with Fabian Coulthard in 2016, was one of Winterbottom’s key demands before he agreed to terms with Team 18.

The previously career-long Ford driver says that Keed has already instructed him as to how to drive the team’s newly acquired, Triple Eight-built ZB Commodore around the Adelaide Parklands Circuit this weekend.

“He hasn’t changed,” declared Winterbottom of his engineer on Fox Sports’ Supercars Trackside.

“I worked with him in 2009; he’s a hundred miles an hour plus a couple more kays on top of that, he is just out of control.

“But what I love about it (is that) he’s ahead of the game, so he’s told me already how I have to drive this car around this track. I haven’t ever been told how to drive a car.

“People think that the drivers are this God’s gift type thing and ‘What do you need?’

“He said ‘These are what we’re looking for; if we don’t have it, come in, keep asking for it, because this is what’s going to make the car fast here,’ so I feel like when you’re re-energised.

“He’s bringing stuff out of you that I haven’t done for quite a while and he’s just a guru, he’s one of the best.

“I’m so lucky we’ve got him onboard and that’s confidence in the driver and if it doesn’t happen today, it’ll happen tomorrow, and I know we’ll get there, but I feel confident I’ve got him in my corner.”

After a brief handover from Triple Eight at Queensland Raceway, Winterbottom got his first proper feel for the Banyo team’s product at the Phillip Island pre-season test a fortnight ago.

The 2013 Supercheap Auto Bathurst 1000 winner found the Commodore to drive as he had expected, with a slight weakness in qualifying pace but strong, consistent lap speed over longer runs.

“I didn’t want to predict what it’s going to do because sometimes you can be disappointed or you can’t predict things too much, plus they lost the trap spring which was one of their big set-up tools, so it was a bit unsure of what we were going to get,” added Winterbottom of Triple Eight-built cars.

“But I followed this car plenty of times and the drive of the car is exceptional and they don’t degrade (tyres) as much as (a Tickford car).

“They seem to, I think in qualifying, not brake as deep as (a Tickford car) can, but in the race they don’t lose their brake marker so they stay strong for longer, and I felt that at Phillip Island.

“When I was doing (qualifying) runs, I thought ‘I need half a tenth, I need a tenth, squeeze a bit more’ and I couldn’t get it, but then in the race runs I just could do 32-zeros for 10 laps in a row and kind of had no degradation.

“(It was) what I expected and what I thought, and following them for years kind of gave me that read.

“The key is to put on new tyres now, get 20 minutes, three sets of tyres or two sets of tyres, get told you need to squeeze a tenth out of it, and where that comes from, that’s up to me and that’s the bit I’m going to find probably takes a bit of time, but the race runs felt really nice.”