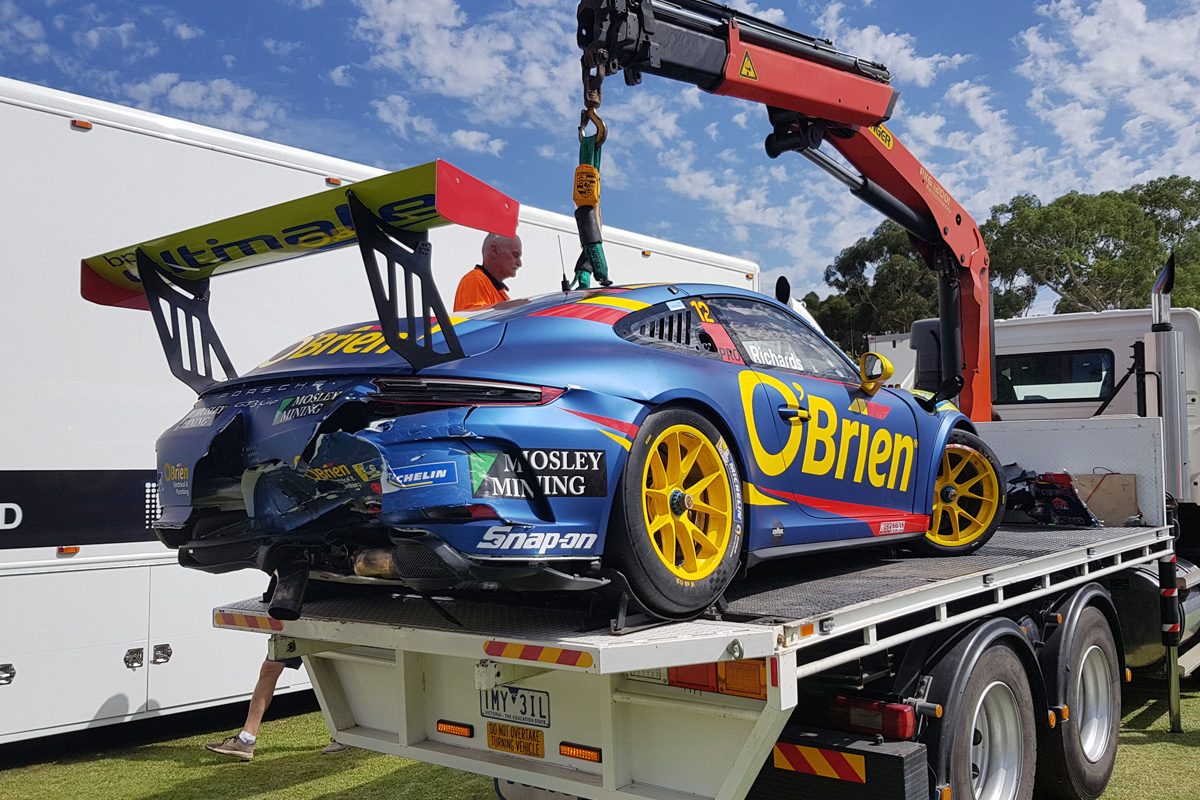 A three-car crash involving Steve Richards in the opening minutes of Porsche Payce Carrera Cup Australia practice at the Superloop 500 has left one car out for the weekend and two others in need of serious repairs.

Richards, Duvashen Padayachee, and Dave Stevens were involved in a shunt at Turn 8 which triggered a red flag with just six minutes run in the 20 minute session, with the latter taken by medical crews for observation.

The incident occurred when Stevens tagged the inside wall at Turn 8, with Richards close behind left with nowhere to go.

The next car on track, Padayachee, initially thought he’d managed to avoid the incident before the spinning Richards made contact.

“I was the next car, and Dave unfortunately got the inside fence at eight, and you’re already doing 220(km/h), so that’s just the way it goes,” Richards told Speedcafe.com.

“Richo was first to the scene, I was just behind him, so he unluckily hit Dave Stevens who was already stationary,” Padayachee explained.

“I thought I was in the clear; I slowed down, went around them and they were still spinning from the accident and then hit me on the way through.

“It’s one of those things. It’s a bit silly for the second lap in, but that’s how it is. My car’s not too bad, we probably can fix it before practice two.”

With damage to both ends of the car, Richards was uncertain whether he’d be able to return.

“I’d just be happy to get back on the track for the grand prix to be honest at this point,” the 2018 Supercheap Auto Bathurst 1000 winner said.

“At the moment, looking at the car and the damage and the impact you’d be happy just to get the thing home and fix it for the grand prix.”

Stevens’ car sustained extensive damage and will not return for the remainder of the weekend.

Second practice for Carrera Cup begins at 1500 local time with qualifying at 1030 on Friday morning.