Steven Johnson has broken the Paynter Dixon Touring Car Masters practice record on the way to the fastest time in Qualifying at the Superloop Adelaide 500.

The Queenslander punched in the time on his fourth lap before the halfway mark of the 20-minute session, sitting out the remainder in the pits.

Late in the session, Leo Tobin (Ford Mustang) hit the right-hand concrete wall on the run from Turns 8 to 9 after scraping the left-hand wall at Turn 8. 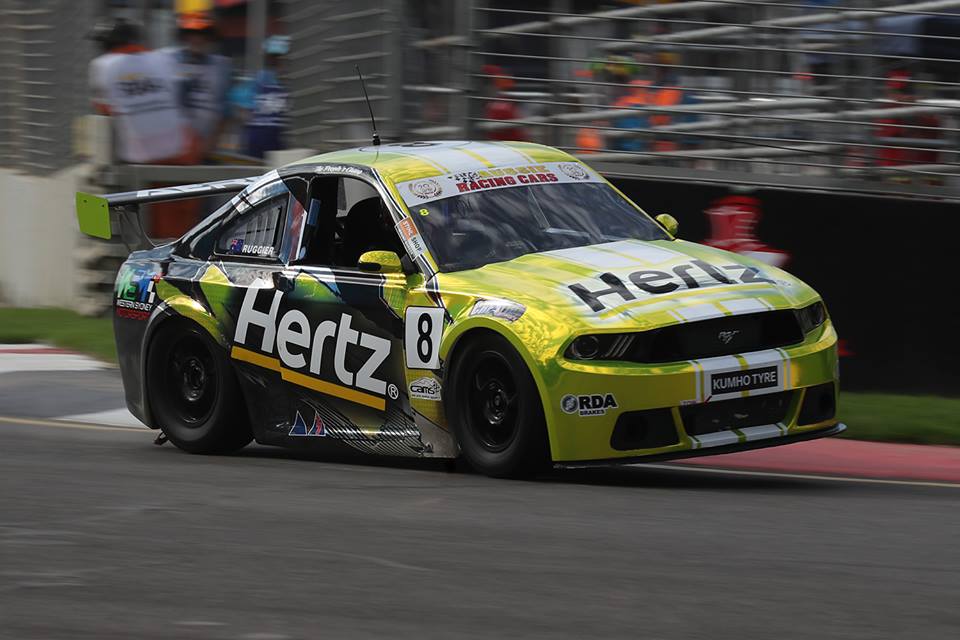 Justin Ruggier has won an opening race of the new Aussie Racing Cars season which was littered with incidents through the field.

Ruggier passed Kel Treseder with three laps remaining but still had a battled on his hands as they went on to take the chequered flag within half a second of each other.

Treseder had only taken first position when a dive from the then third-placed Ruggier under brakes at Turn 9 saw him tip team-mate Craig Woods, who held the lead at the time, into a spin.

Woods’ rotation and exit from the scene came in virtually one motion and he salvaged third position, in the round in which he has called his points-doubling joker card.

He was four seconds away from Ruggier at the finish but 15 seconds clear of Leigh Bowler, who came home fourth.

He held on to third on the grid despite having to pull off halfway around the circuit with an electrical problem, and actually started the race from pit lane. Emery topped Practice 1 on a 1:22.062s which was set in the second half of the session.

He led an all-Australian top three ahead of Tony Bates, Yasser Shahin, Bhirombhakdi and Andrew Haryanto in fifth.

Bates exchanged the top spot with a number of drivers during Practice 2, ultimately fastest at the chequered flag on a 1:22.333s.

Bhirombhakdi claimed second ahead of Shahin, Emery and Alex Au who completed the top five.