Sainz fastest as Vettel crashes out of F1 testing

Sainz fastest as Vettel crashes out of F1 testing 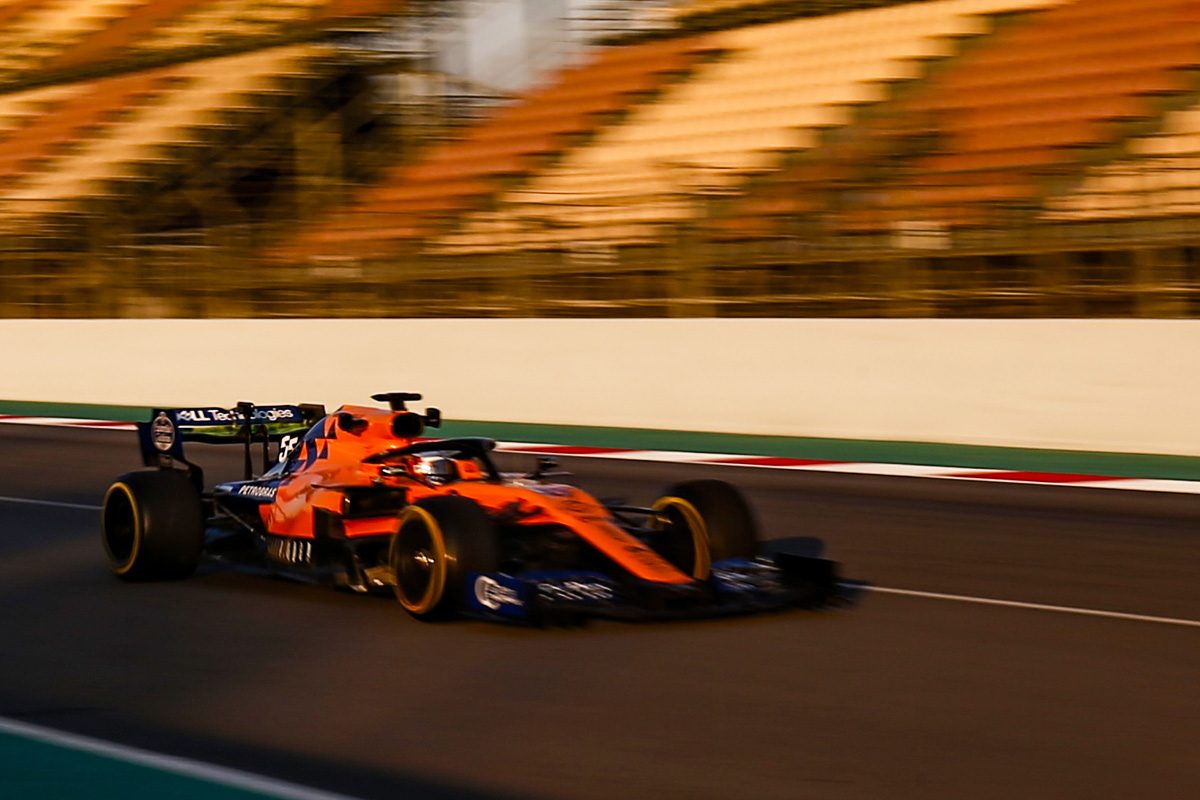 Carlos Sainz has ended Day 2 of the second Formula 1 pre-season test in Barcelona fastest while Sebastian Vettel found the wall during the morning session in his Ferrari.

It marked the second day in a row that McLaren has ended the day on top, with Sainz completing 130 laps in the process.

“We managed to do a lot of laps again today and more or less a full race simulation,” the McLaren driver said.

“There are still a few niggles and stoppages that we wish we didn’t have, but every time we go out on track we’re a bit more reliable and we keep moving in the right direction.

“Overall, I’m happy that we made the most of the time on track today.

“The timesheets still aren’t important. We’re only focused on our run plans and tests, rather than wasting our energy on trying to calculate where we’re at compared to the others.

“Once we see what everyone else brings in Australia we’ll be in a better position to compare our performance.”

His best time came early in the day before standing up to a number of efforts late in the day as rival teams finally began chasing outright lap time.

By contrast Vettel’s appearance was cut short when he crashed as he entered Turn 3 with what the team has described as a ‘technical failure’.

It saw the four-time world champion clout the wall and damage the left front corner of the SF90, taking it out of action for a good period of the day.

“I was going into turn three and I had a feeling there was an issue with the front-left corner and then from there it wasn’t anything that I could have done to avoid the impact,” Vettel explained.

“We have to be very careful in understanding exactly what is the problem.

“That is what everyone is looking at here at the track and also in Maranello. It’s important to us.

“I hit the wall quite strongly and I think the Tec Pro and the wall did their job and the car did its job but of course after the impact, the car was very damaged.

“That’s what also makes it quite difficult to reconstruct what was going on before the impact.”

Vettel still ended the day third fastest, one spot behind Sergio Perez and almost identical on time with Kimi Raikkonen, whose Alfa Romeo stopped on track shortly after the chequered flag flew to end the day’s proceedings.

Seven drivers recorded more than 100 laps, including Robert Kubica who logged 130 for Williams, while Mercedes logged 176 laps between Lewis Hamilton and Valtteri Bottas.

Max Verstappen was among the drivers to log over 100 laps, doing so despite sitting out more than two hours of the afternoon.

Testing in Barcelona continues tonight (AEDT) before heading into the final day on Friday.