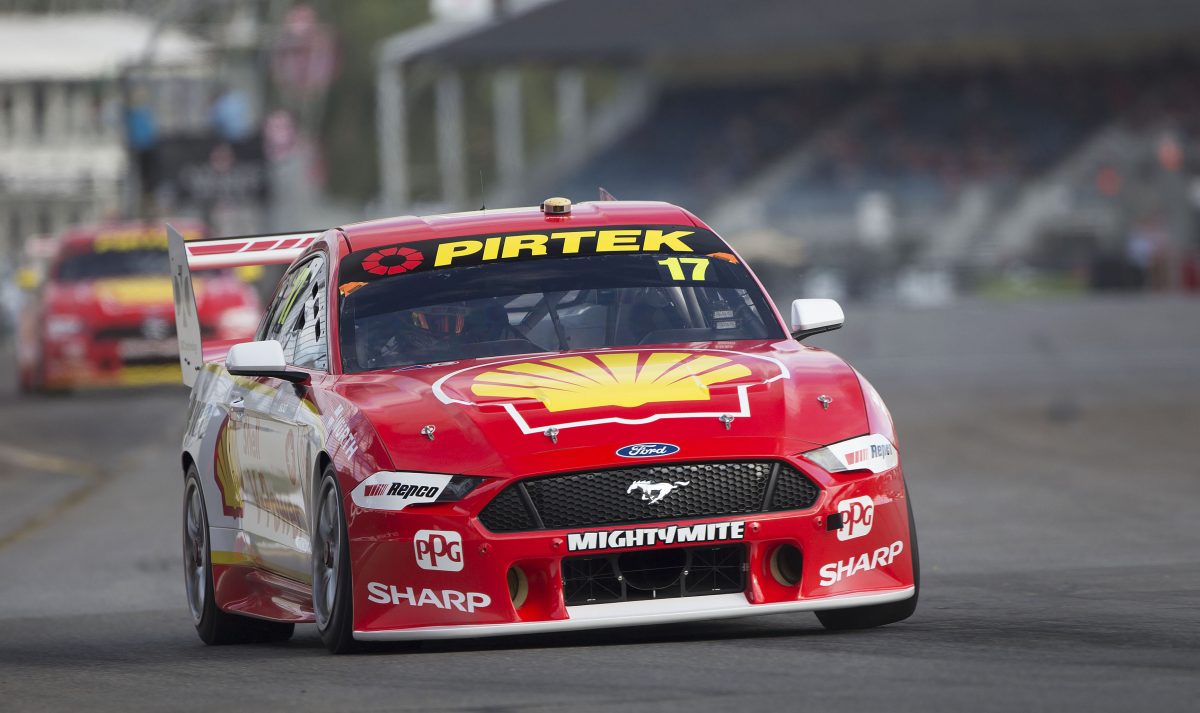 Shell V-Power Racing has been able to repair Scott McLaughlin’s car following a mechanical issue during opening practice at the Superloop Adelaide 500.

The #17 Ford Mustang stopped on track at Turn 11 causing the second of three red flags during the 30 minute session held in twilight conditions.

A loss of oil pressure followed by a power steering failure was reported.

McLaughlin was forced to sit out the remainder of the session which saw him end up 12th on the timesheets.

However the car did return to the track for a meeting rides session held after practice.

“It was pretty clear as to what the problem was,” Shell V-Power Racing’s Ryan Story told Speedcafe.com.

“We saw the power steering go but (there was) no obvious damage to engines or any ancillary systems so we just took the time to be cautious through to the end of that session.”

The car is set to return to the track tomorrow for Practice 2 at 1140 local time.