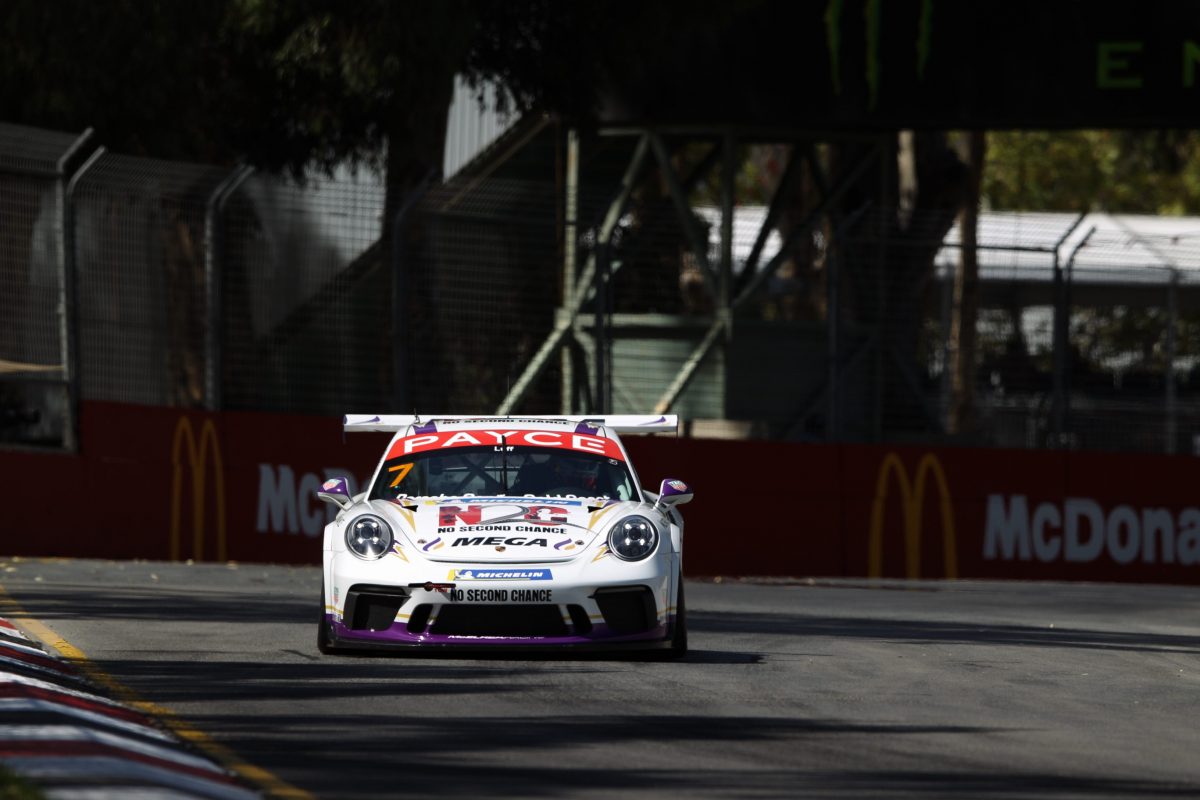 Luff set his best time on his final effort, moving clear by a third of a second over Nick McBride and Michael Almond who saw the end of the 20 minute session with almost identical times.

Almond had been the pace setter in the early minutes before McBride pipped him around half distance in the 20 minute session.

The pair then battled it out for the fastest time, with Almond closing on the fastest lap to sit just 0.004s slower than McBride had managed on his fifth timed effort.

It was only Luff’s late effort that saw him rocket to the top of the time sheets, leaving McBride second and Almond third.

A wild ride through the Senna Chicane in the closing minutes of the session saw Josh Hunt launch his car over the kerb, with all four wheels leaving the ground.

He wasn’t alone with the bulk of the field picking up a kerb strike at some point during the session.

Dale Wood had a spin midway through the session at Turn 7, avoiding the walls before getting the car pointed the right way and carrying on.

There was late drama for Indiran Padayachee who slid off the road as the chequered flag fell, firing him into the wall and leaving the car buried in the gravel at Turn 1.

Stevens tagged the barrier on the side of the corner, firing him across the road leaving Richards and Padayachee nowhere to go.

It was a crash which ended the weekend for both Richards and Stevens, while Padayachee was hopeful of returning in time for qualifying on Friday morning.

Anthony Gilbertson was the fastest of the Pro-Am rated drivers in eighth outright, just over a second off the pace of Luff and four tenths quicker than his nearest class rival.

Qualifying for the opening race of the Carrera Cup weekend is scheduled for 1030 local time.