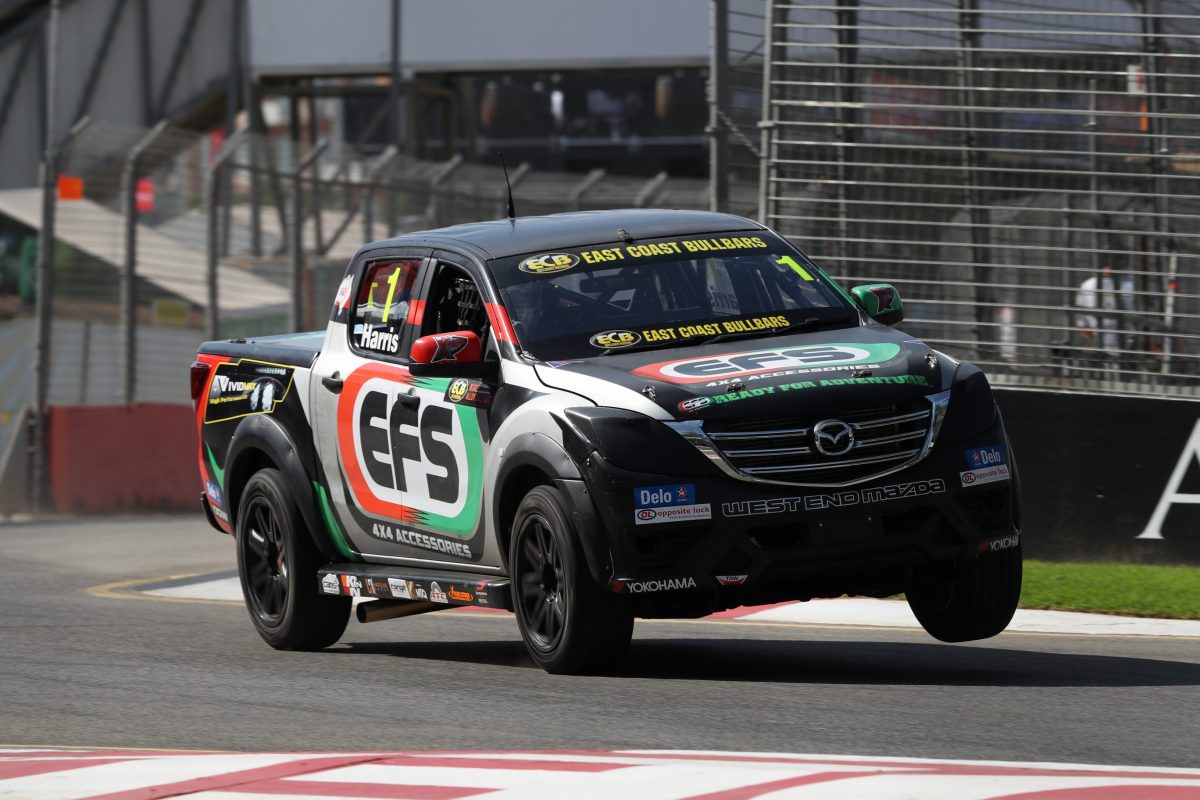 Ryal Harris has set the pace in Practice 1 for the SuperUtes in Adelaide, finding almost a second relative to the corresponding session 12 months ago.

The inaugural series winner spent the entire 20-minute session on top of the timing screen, gradually getting down to a 1:45.1238s in the #1 Peters Motorsport Mazda BT-50.

The fastest SuperUtes lap of that weekend, however, was a 1:44.7469s set by Harris in race conditions.

Tom Alexander ended up 0.1650s away from Harris in his first official running in the Isuzu D-Max which Ross Stone Racing is now campaigning.

Ben Walsh was a late mover to third in his Toyota Hilux, from Craig Dontas in the first of the Sieders Racing Team Mitsubishi Tritons and Dean Canto in the Team 18 Holden Colorado.

Last year’s series runner-up Craig Woods was only eighth-fastest in the Western Sydney Motorsport Hilux at 1.5879s off the pace set by Harris.

The sixth model in the field, the Ford Ranger, was taken to 10th-fastest by Christopher Formosa out of Ranger Racing.