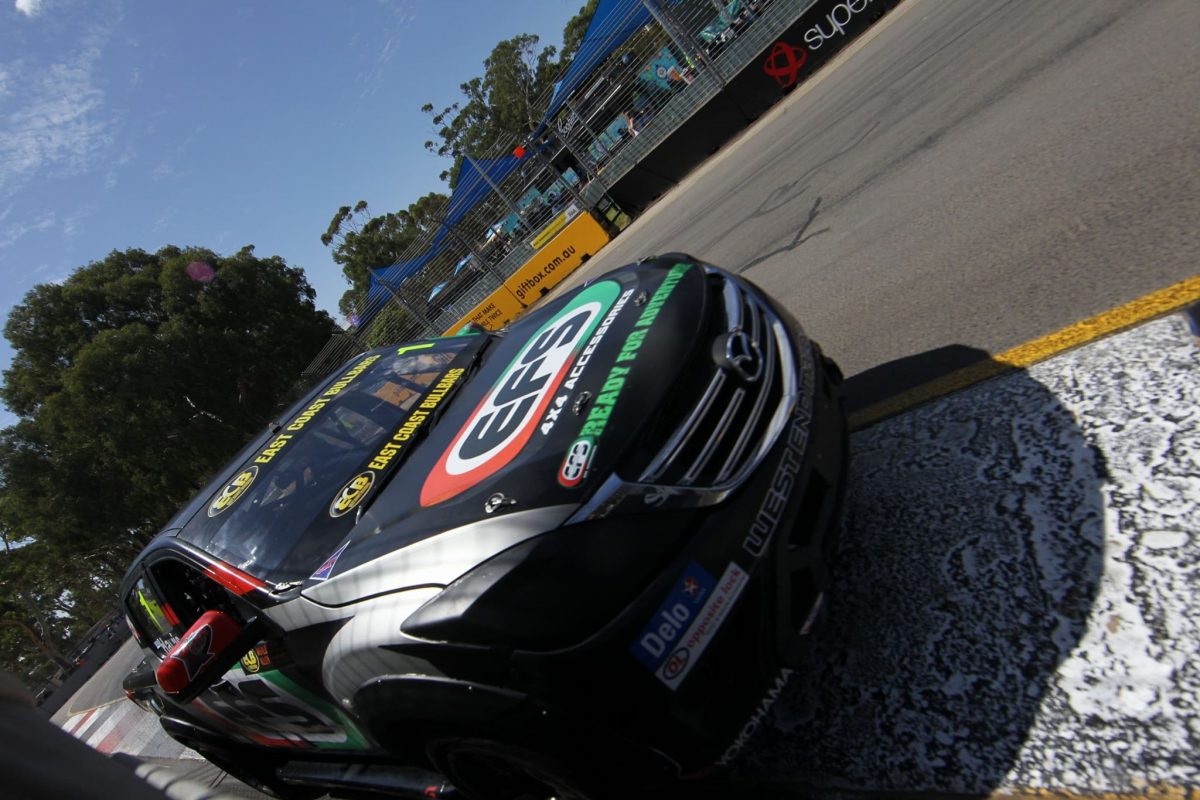 Ryal Harris continues to lead the way after the second practice session for Round 1 of the ECB SuperUtes Series at the Superloop Adelaide 500.

Harris was again on top all session long with his best a late 1:44.4952s that now stands as the fastest ever lap in the category’s short history around the Adelaide Parklands Circuit.

Ross Stone Racing’s Tom Alexander was again next-best in the Isuzu D-Max, more than than half a second away from the #1 Peters Motorsport Mazda BT-50 despite also improving on his Practice 1 effort.

Ben Walsh was second-fastest early on in his Toyota Hilux before being bumped to third by Alexander, while Dean Canto (Team 18 Holden Colorado) and Mick Sieders (Sieders Racing Team Toyota Hilux) rounded out the top five.

There was a red flag just as the field completed their second flying laps when Luke van Herwaarde came to a halt after jolting the suspension of his SRT Hilux on the Turn 9 exit kerb.

Elliot Barbour led the way for the Mitsubishi Tritons in sixth while the Ford Ranger of Christopher Formosa was 11th.