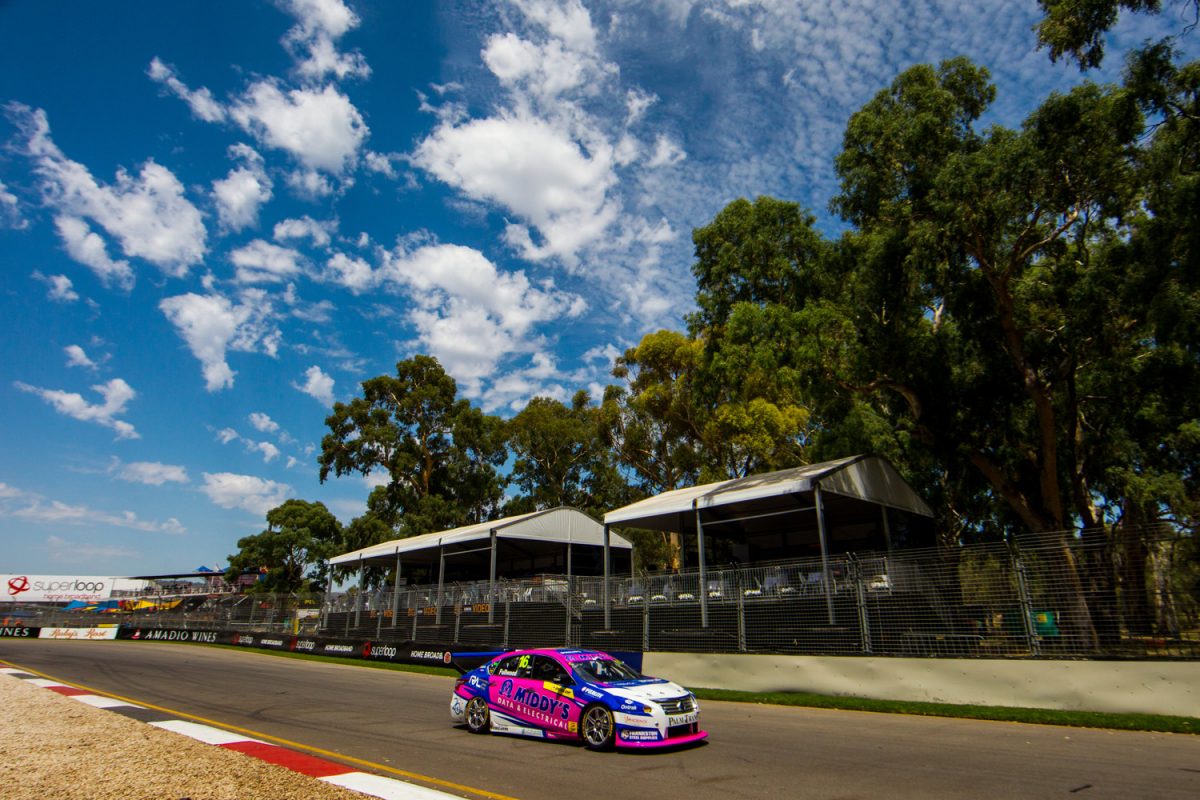 Bryce Fullwood has clocked the fastest lap in the first practice session of the new Dunlop Super2 Series season in Adelaide.

Fullwood, on his return to MW Motorsport and a Nissan Altima, was already on top when he lowered the benchmark to a 1:23.1811s on his last lap before the chequered flag.

Thomas Randle was a late improver to second position, a quarter of a second away in the Tickford Racing FGX Falcon, while Mason Barbera finished third in a Garry Rogers Motorsport VF Commodore.

Fullwood had taken over first position just beyond halfway through the 40-minute session, of which the first 10 minutes was for the five rookies in the 20-car field, with a 1:23.4937s.

His ultimate fastest lap was around 1.2s slower than that of the corresponding session last year, set on a slightly differently configured track and around three hours earlier on a cooler day.

Randle’s lap came after he put the left-rear corner of Car #5 into the tyre wall at the newly reprofiled Turn 7.

Kurt Kostecki had been the previous fast man with a 1:23.5570s in his VF Commodore, which left the new Triple Eight Race Engineering driver fourth by the end of the session.

Justin Ruggier was best of the rookies in 13th in the third of the Eggleston Commodores, while Brit Abbie Eaton was 19th in a Matt Stone Racing VF Commodore.

Ash Walsh brought up the rear of the field having glanced the wall at the Turn 8 Sweeper and bent a suspension arm in his MSR VF Commodore before setting a time.