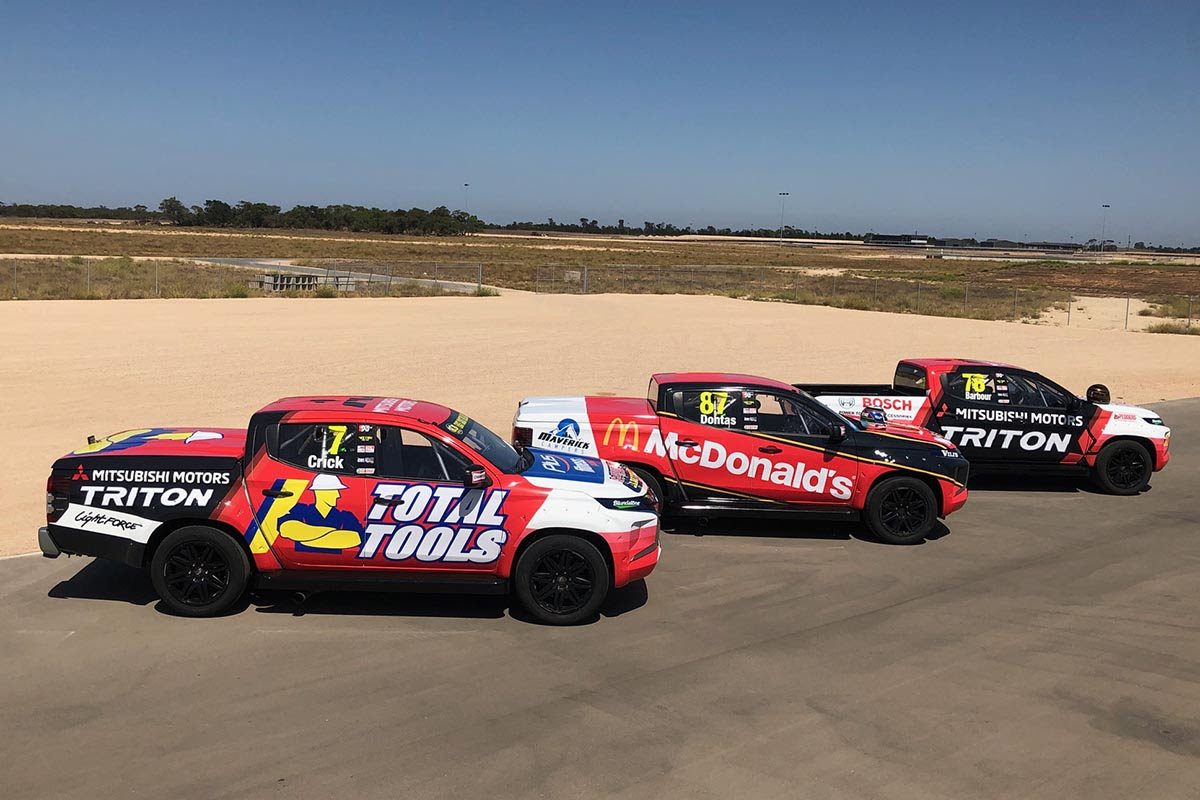 The three Team Triton SuperUtes in their 2019 warpaint

The look of the three Mitsubishi Triton SuperUtes has been revealed ahead of this weekend’s season opener in Adelaide.

Sieders Racing Team has expanded to three factory-backed Team Triton entries for 2019, having fielded two at each round of the inaugural season.

Cameron Crick and Elliot Barbour, who each drove a handful of SuperUtes rounds in 2018, will race in Cars #7 and #78 respectively throughout 2019.

Toby Price had been due to campaign the #87 Team Triton SuperUte in selected rounds of the season but is out of action for the time being due to wrist surgery following his against-the-odds Dakar Rally triumph.

Craig Dontas, SRT’s commercial officer, who also drove part-time in SuperUtes last year, will step into Price’s entry for the opening round in Adelaide.

Price, a Mitsubishi ambassador, is hopeful of getting behind the wheel later in the year.

“I’m really sad that I couldn’t get behind the wheel at the Adelaide 500 with Team Triton this year, but I need to focus on my recovery and will be back in the driver’s seat later this year,” said the two-time Dakar winner.

“Although I won’t be on track, I’m looking forward to joining the Mitsubishi Crew in watching the races on Sunday at the event.”

A 13-car field has been confirmed for Round 1 of the 2019 ECB SuperUtes Series, of which SRT is responsible for just over half.

In addition to the three Tritons, the Sydney-based outfit is running four Toyota Hiluxes including the #64 Western Sydney Motorsport car driven by 2018 runner-up Craig Woods.

Meanwhile, Price’s most recent Dakar victory will be honoured when he joins the Formula 1 drivers’ parade at next month’s Formula 1 Rolex Australian Grand Prix. 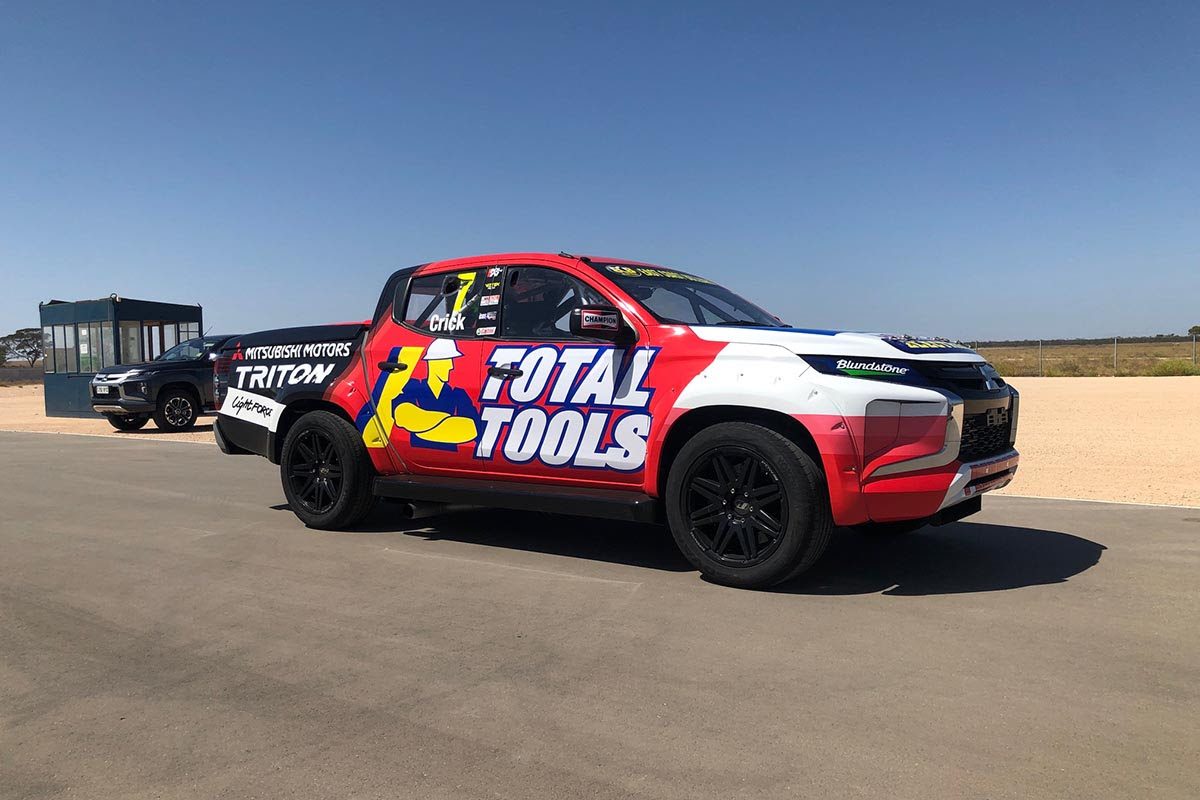 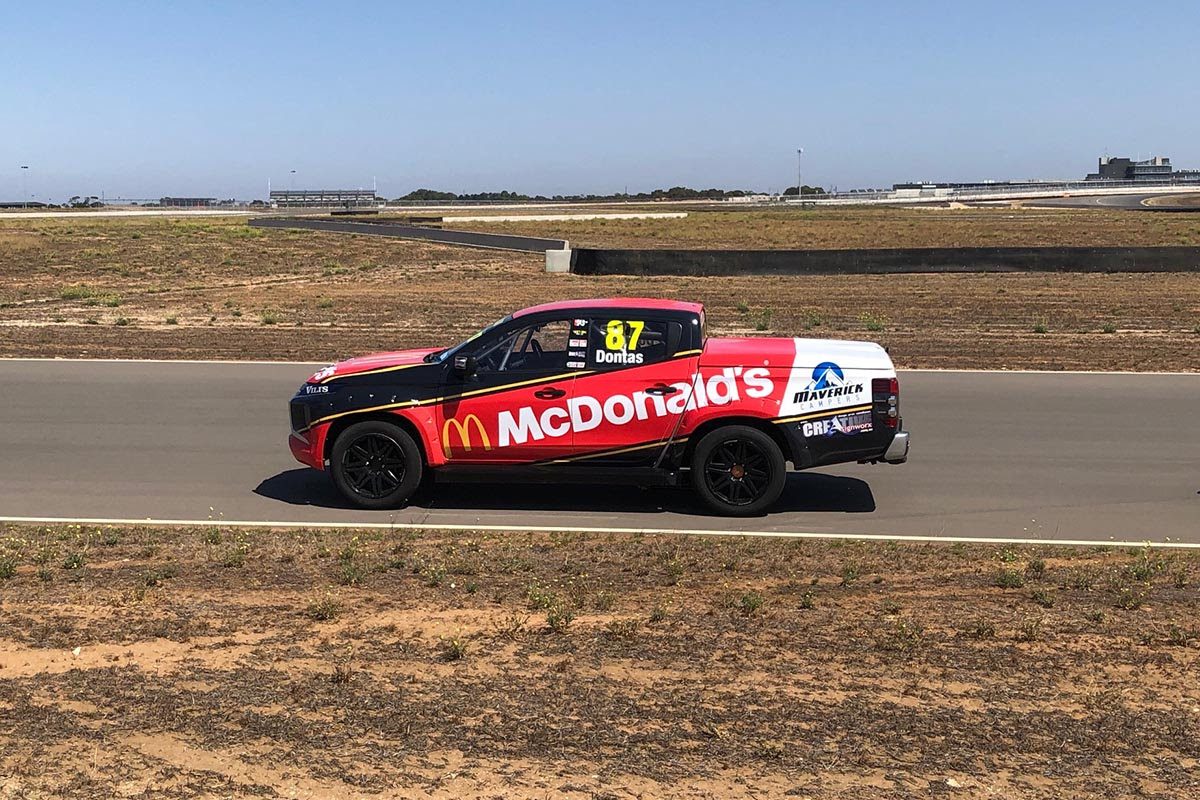 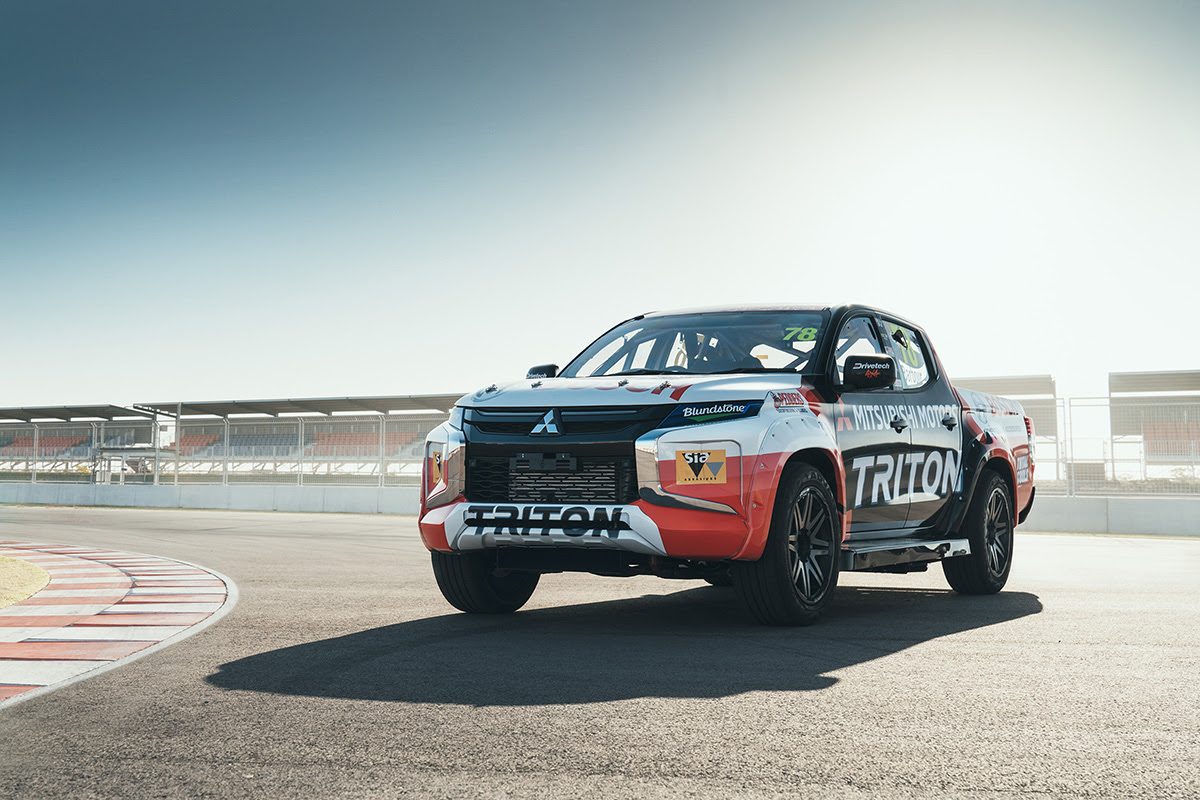