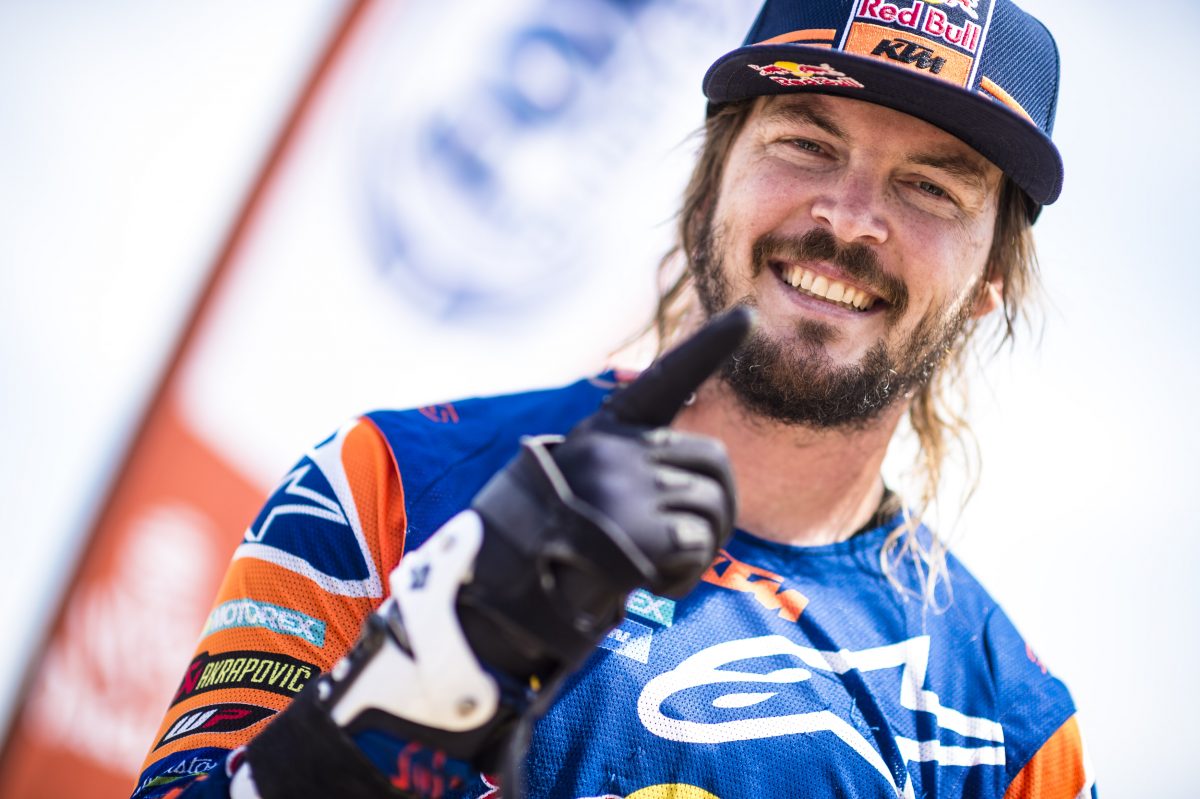 Dakar Rally winner Toby Price will be honoured at the Formula 1 Rolex Australian Grand Prix with the rider to be included in the F1 drivers’ parade lap.

The 31-year-old motorcycle rider claimed an impressive second Dakar Rally win which was made all the more special by overcoming the effects of a fractured wrist to achieve the feat in January.

Despite the injury, Price heroically battled through the gruelling 10-stage 3000km marathon, winning the final stage to seal his second triumph and fourth Dakar Rally podium.

To acknowledge his success, Price will jump aboard the KTM bike he rode to victory in Peru for a special parade lap behind a convoy of F1 drivers ahead of the Australian Grand Prix start on Sunday March 17.

Australian Grand Prix Corporation CEO Andrew Westacott is glad to be able to provide Price a fitting way to celebrate his success.

“Toby Price is the only Australian to have ever conquered the gruelling Dakar Rally, and to have now won it for a second-time in defying circumstances is an incredible achievement,” said Westacott.

“What better way to celebrate Toby’s accomplishment than allowing him to join 20 of his peers that are the best racing drivers in the world in a lap of honour on the world stage.

“We are thrilled to honour Toby at the Formula 1 Rolex Australian Grand Prix 2019 and see him receive the global recognition he deserves, when the world’s eyes are on Melbourne for the opening round of the FIA Formula One World Championship.”

The special parade lap for Price is among a series of festivities planned for the annual F1 season opener from March 14-17.

A special season launch at Melbourne’s Federation Square to be attended by all 20 F1 drivers aand 10 team principals will kick off the event on Wednesday.