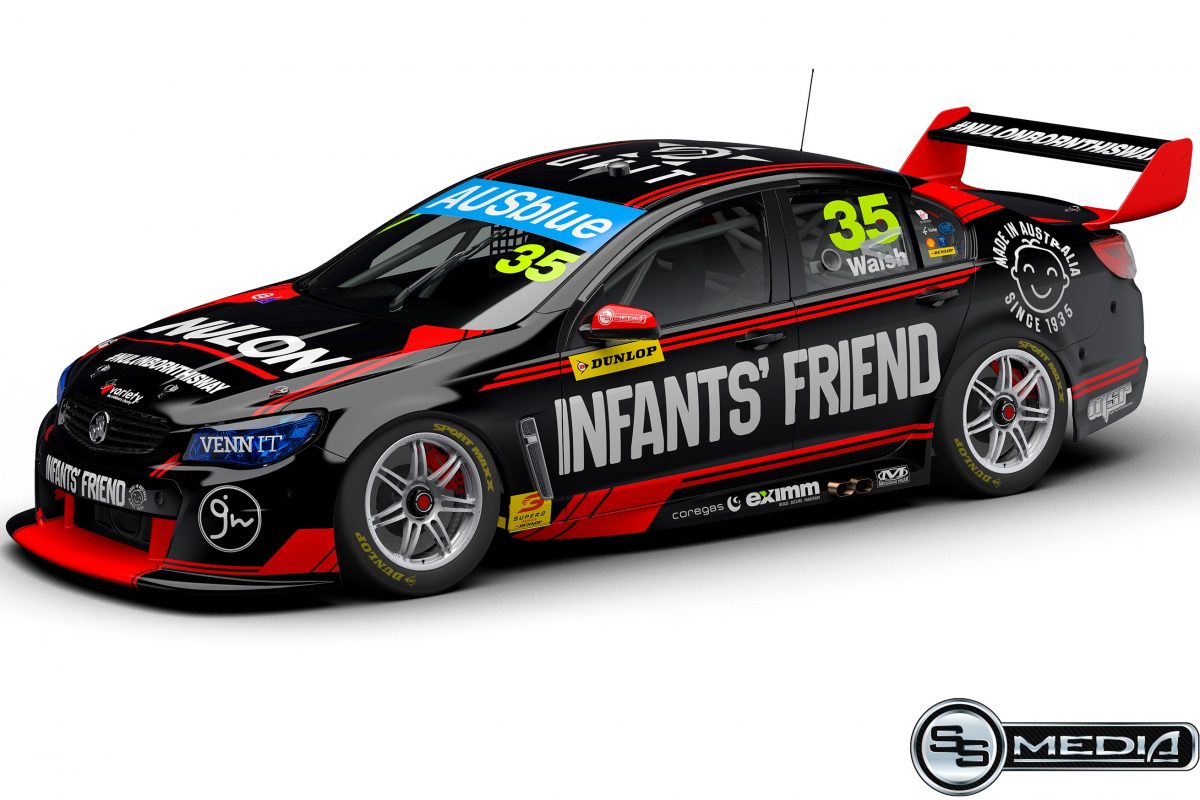 Ash Walsh will race in a predominantly black VF Commodore in his Dunlop Super2 Series comeback with Matt Stone Racing.

Stone has rejoined the Queensland team with which he finished runner-up in the second tier in 2013, before departing for the Virgin Australia Supercars Championship at the end of the following season.

His livery is the same as that which new team-mate Abbie Eaton will carry, but with different secondary colours to match his own sponsors including long-time backer Infants’ Friend.

The placement of the Supercheap Auto Bathurst 1000 at the start of this year’s Pirtek Enduro Cup has emphasised the importance of recent Supercars experience.

Walsh has told Speedcafe.com that his drive in Super2 was, however, actually initiated by MSR in a bid to recapture the title which it won with Todd Hazelwood in 2017.

MSR will expand back to a three-car operation this year with 2018 Aussie Racing Cars series winner Joel Heinrich to make his debut in the team’s DJR Team Penske-sourced FGX Falcon.

A 20-car field will take to the streets of the South Australian capital for this weekend’s first round at the Superloop Adelaide 500.