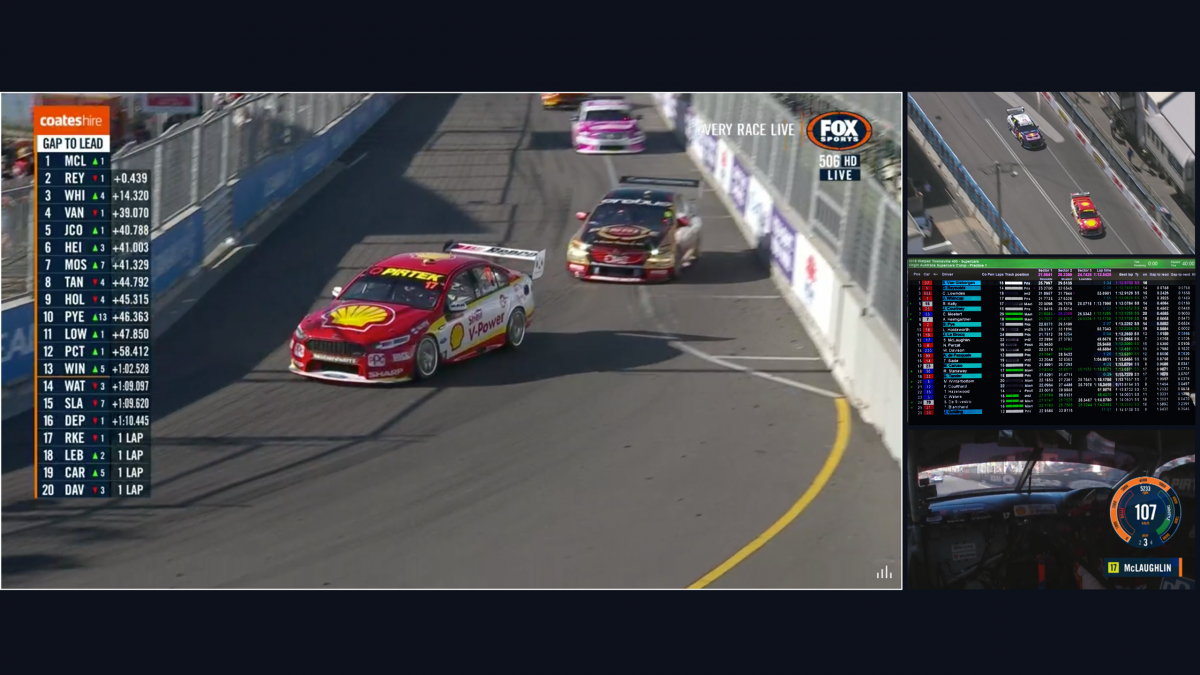 A mock-up of Kayo in spitscreen mode

Foxtel’s self-described ‘Netflix of sports’ will take every session of the Fox Sports telecast live and on-demand, as well as additional viewing options as part of the RaceView feature.

The three additional modes, available for qualifying and races, are able to be viewed simultaneously along with the world feed in splitscreen (maximum two screens for smartphone viewers).