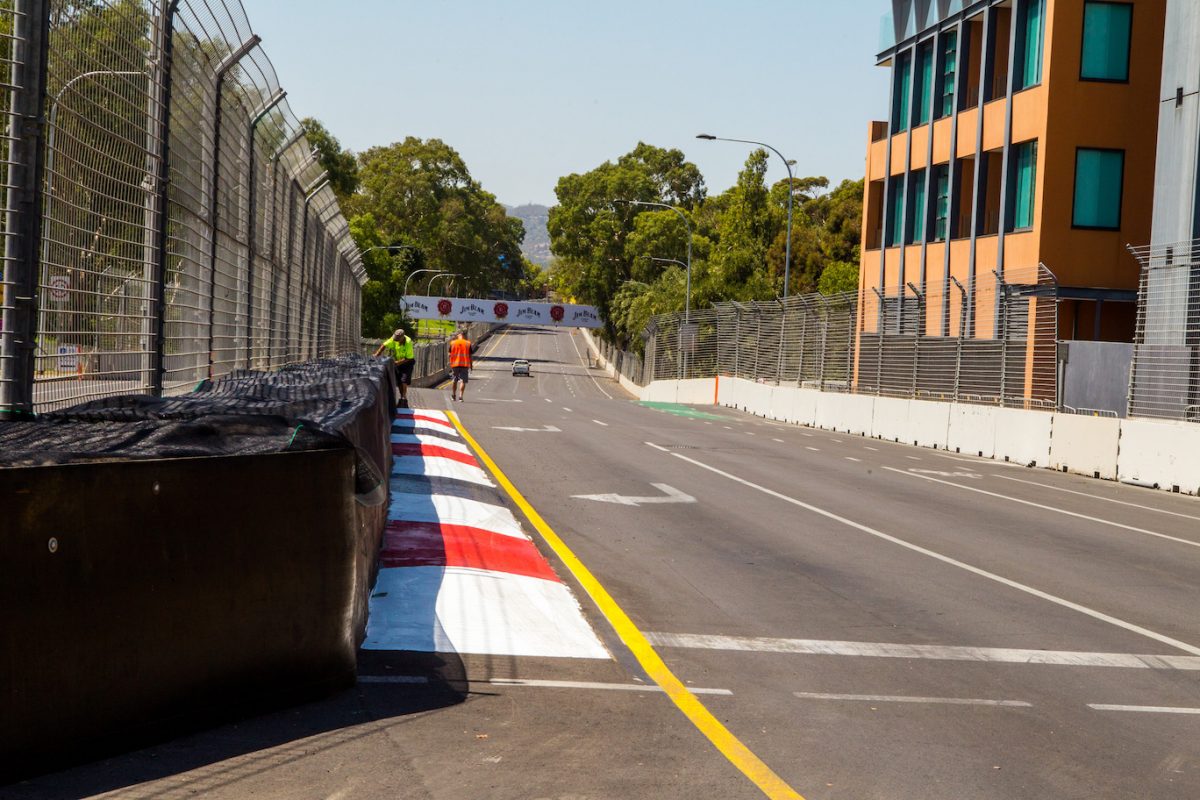 The barrier changes at Turn 7

Changes have been made to the Adelaide Parklands Circuit in a bid to prevent disputes over track limits that emerged at last year’s Adelaide 500.

It has been confirmed to Speedcafe.com by CAMS that the barriers at Turns 6 and 7 have been moved closer to the exit kerbs to ease concerns over track limits at the sections of track. 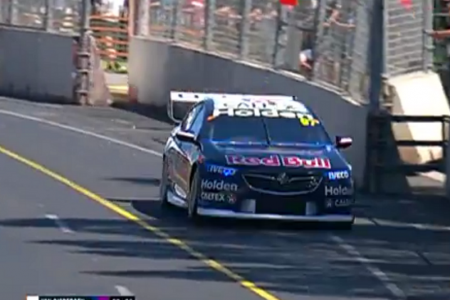 Shane van Gisbergen running over the yellow lines at Turn 7 which prompted an stewards investigation at the Adelaide 500 last year pic: Fox Sports

Last year Turn 7 provided controversy when polesitter Shane van Gisbergen (Red Bull Holden Racing Team) ran over the yellow lines that designate the edge of the track, which prompted a stewards investigation that eventually cleared the driver of any wrongdoing.

To eliminate a repeat of the incident and following an FIA directive, alterations to the barrier line have been made, while a group of senior Supercars drivers were also involved in the decision making process.

While the exact barrier movements are yet to be officially confirmed, one driver has told Speedcafe.com that the barrier at Turn 7 has been moved right up to the exit kerb, preventing cars from running four wheels over the piece of track furniture.

It is also been confirmed that the run off area at Turn 9 will be closed off.

The circuit is currently undergoing its FIA track inspection today.