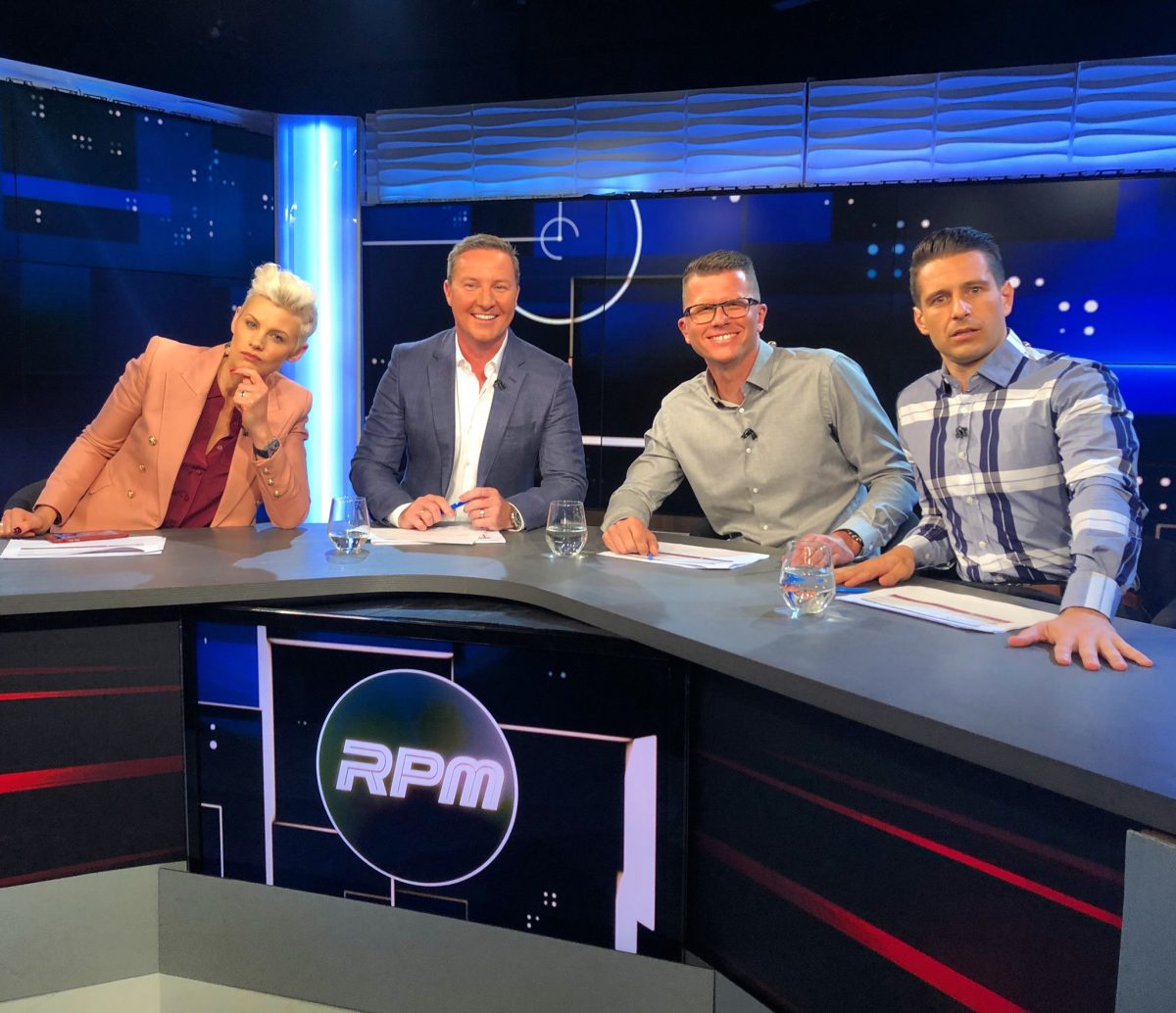 The former Supercars full-timers have been snapped up by the free-to-air broadcaster to join the RPM panel as regular guests alongside hosts Matt White and Kate Peck.

Tander and Caruso made their debut on Sunday where they provided expert analysis ahead of the new Supercars season which kicks off at this weekend’s Superloop Adelaide 500.

The new roles arrive after the pair lost their respective full-time drives on the Supercars grid.

Tander was set to race for Garry Rogers Motorsport before the team made a shock decision to replace the three-time Supercheap Auto Bathurst 1000 winner with former Tickford Racing refugee Richie Stanaway last month.

Tander has since secured a co-driver role alongside Shane van Gisbergen at Triple Eight which was expected to be filled by Caruso, who has now landed a Pirtek Enduro Cup seat with Cameron Waters at Tickford.

“When one door closes, another door opens! Excited to join the 10Motorsport team this year for RPM,” tweeted Garth Tander.

“Super excited to join the 10Motorsport team on RPM this year. It’s going a fun year with this crazy bunch,” read a social media post from Caruso.

RPM’s refreshed line-up follows a number of personnel changes in Supercars related programming this year with Fox Sports introducing Craig Lowndes to its broadcast team in place of Russell Ingall.