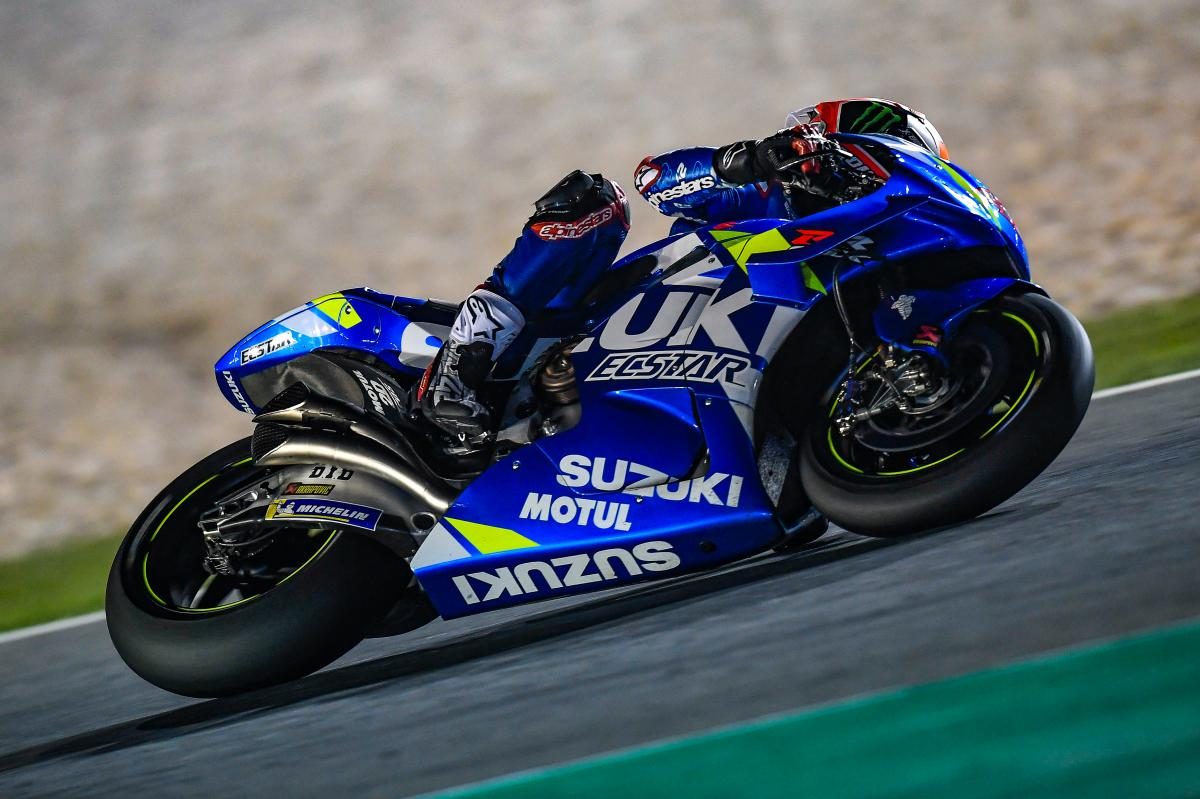 The top two from the first day were reversed while rookie Fabio Quartararo slotted into third on his Petronas Yamaha.

Five riders beat Viñales’ benchmark 1:55.051s from the day prior with Mission Winnow Ducati’s Danilo Petrucci the first to do so.

Viñales himself was next to go to the top of the timing screen on his Monster Energy Yamaha before Rins set a 1:54.593s on the #42 Suzuki Ecstar entry that stood up for the two hours which remained.

Quartararo ended up 0.315s back from Rins and 0.258s behind the lead factory Yamaha, followed by Petrucci and then Repsol Honda’s Marc Marquez.

The defending champion also notched up his greatest haul of laps since shoulder surgery with 57 in total for #93.

Factory Ducati rider Andrea Dovizioso was near the top for much of the day but shuffled back to eighth by the conclusion, from LCR’s Cal Crutchlow and Red Bull KTM’s Pol Espargaro.

Crutchlow reportedly rode both a 2018- and 2019-specification RC213V during the day.

Jack Miller was fastest of the Independent Team riders in 12th on the 2019-spec Alma Pramac Ducati.

Two of the big guns were near the tail of the 23-rider field with Jorge Lorenzo (Repsol Honda) improving by 1.3s but only three positions to 18th in his second day back riding.