SuperUtes to run side exhausts from Adelaide

SuperUtes to run side exhausts from Adelaide 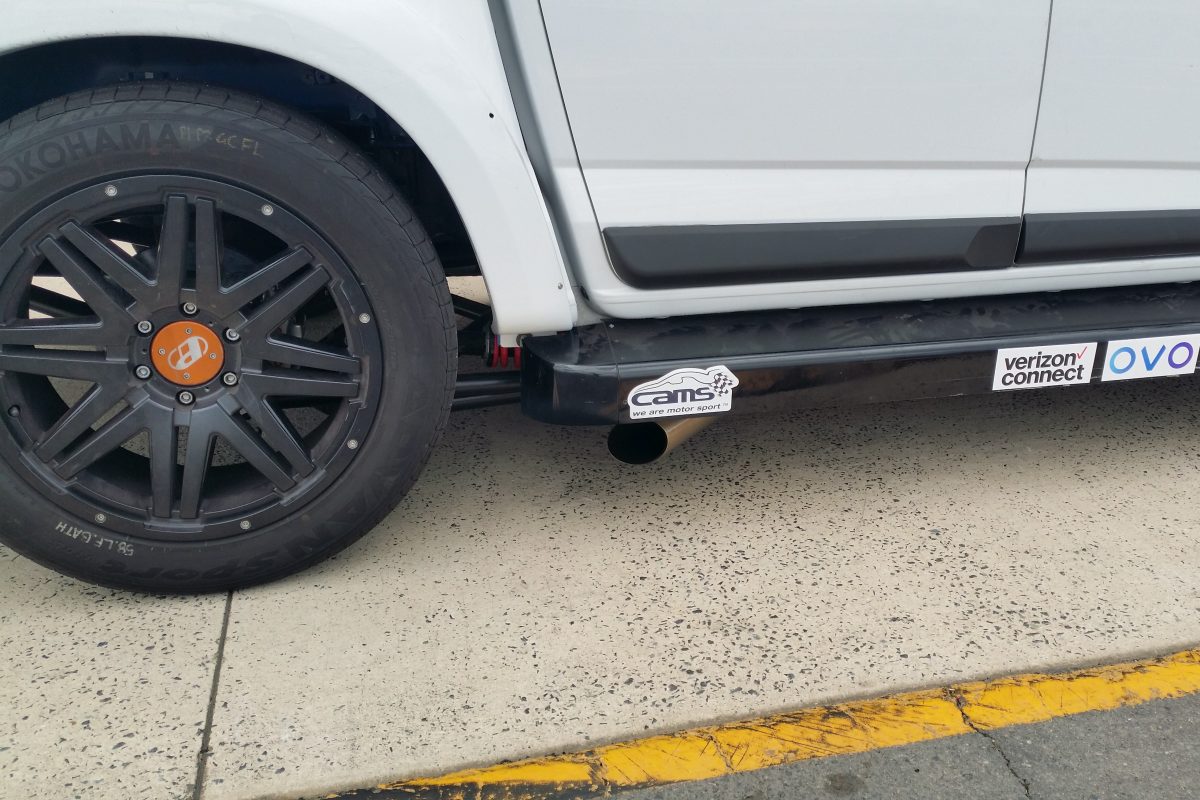 The SuperUtes field will start the season with side exhausts ahead of more substantial technical updates from Round 2 onwards.

While not all utes have been fitted with the new exhaust as yet, it is believed that all have been delivered in time for the start of the season in Adelaide this Thursday.

The Holden Colorado now run by Peters Motorsport (pictured) ran at Queensland Raceway in the past week with a side exhaust while its two Mazda BT-50s will be fitted with the part before practice starts for Round 1.

“The side exhaust will be on for Adelaide,” Peters owner Rod Dawson told Speedcafe.com.

“I think it probably delivers a minimal performance gain but it’s more an aesthetic thing and trying to make them make a bit more noise.”

The Western Sydney Motorsport-owned Toyota Hiluxes were due to have their side exhausts installed on Friday, and team owner Craig Thompson agreed that they would enhance the sound of the turbo diesel racers.

“It’s definitely going to be louder because the current pipe that we ran last year just baffled straight into the asphalt under the car,” WSM owner Craig Thompson told Speedcafe.com.

“You hear it right in the middle of the car, whereas this one throws it out the side, so you’ll hear the sound.”

As previously reported, there are a number of technical enhancements on the way including engine upgrades and a new, lower-profile tyre which will also allow ride height to be reduced significantly.

Both of those improvements are set to be ushered in at the second round at Barbagallo Wanneroo Raceway on May 2-4, with the engine updates on hold until work on each of the existing units can be completed by category engine builder Craig Hasted.

An additional engine would also be in development given that one team is known to be working with a prospective new manufacturer, while Supercars recently announced a deal for an official turbo supplier.

Thompson believes that the development of the utes over the first season will lead to a significant gain in lap speed in Adelaide, and another step again when the other upgrades come online.

“There’ll definitely be some changes in (lap) time, between what we did in Adelaide last year and now, I reckon,” he predicted.

“We estimate they’re going to be way quicker than what they were last year, because last year we rolled them into there and they were overheating and it was all over the shop.

“We’ll be much quicker there, but the time difference will be considerable when we put on the new tyre and lower ride height on for Round 2.

“The Hilux for Adelaide’s got a much better brake pad system now but Perth is where all the big changes are going to be, and it’ll look much different at Perth.”

The ECB SuperUtes Series field will be on track at the Superloop Adelaide 500 from Thursday.