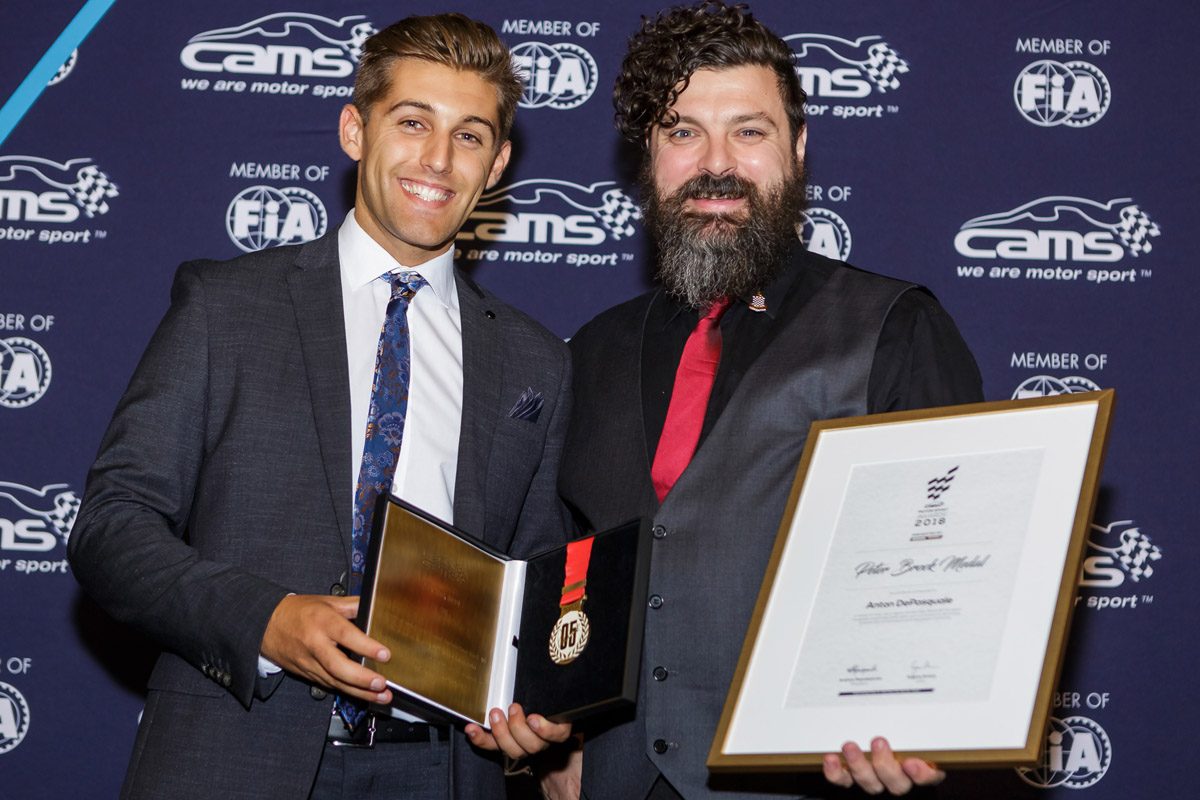 Anton De Pasquale has been named the recipient of the Peter Brock Medal at the Confederation of Australian Motor Sport gala in Melbourne.

The Erebus Motorsport rookie proved a standout during his Supercars maiden campaign, qualifying third for the Supercheap Auto Bathurst 1000.

The gala recognised individuals from across the spectrum of Australian motorsport including drivers, officials, administrators, and the media, with a number of awards handed out alongside championship trophies to the likes of Scott McLaughlin.

Will Power received the Sir Jack Brabham Award following his victory at the Indianapolis 500 last May, though the Toowoomba native was unable to attend the ceremony in person.

Formula 4 racer Lochie Hughes was named Young Driver of the Year after dominating the rookie competition in 2018.

Off track, Mark Skaife received a CAMS life membership for his services to the sport, while Speedcafe.com founder and owner Brett Murray’s contribution was recognised with a Service Award.

The Phil Irving Award was handed to Robert Britton for his outstanding devotion and positive contributions to motor sport as an Australian engineer earned him the top gong.