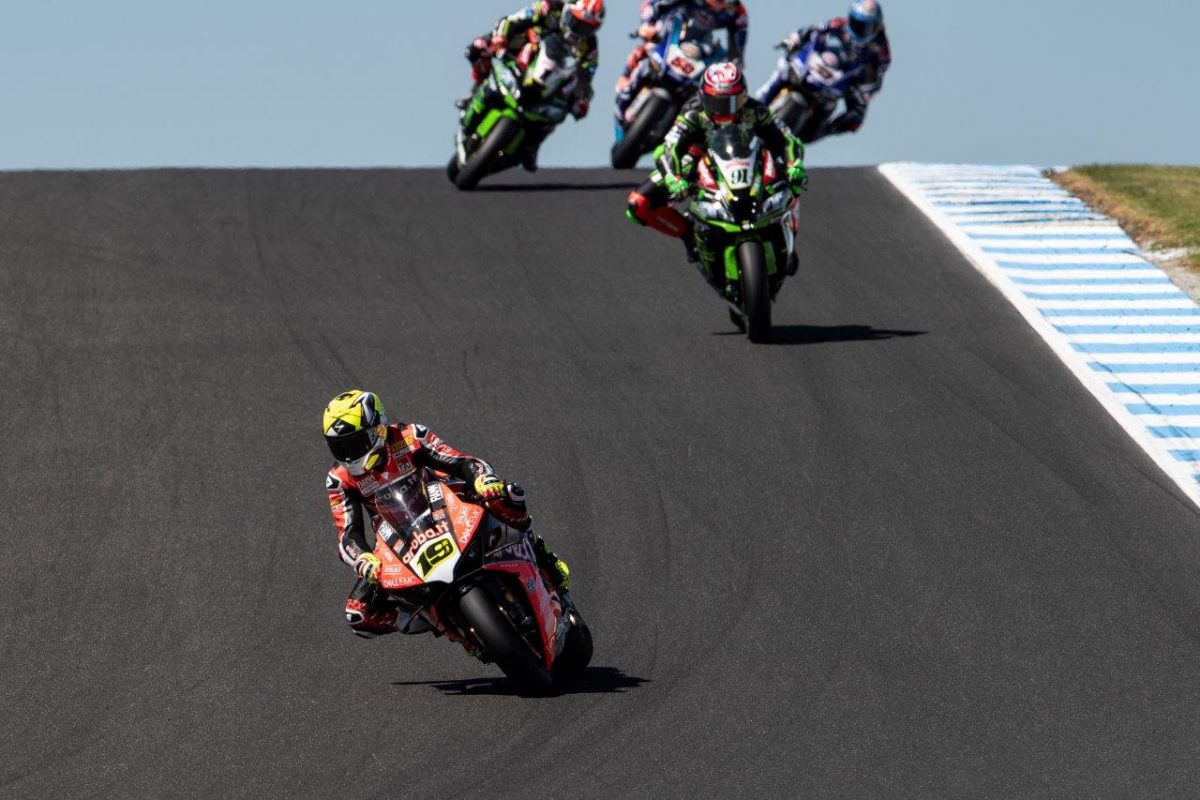 Alvaro Bautista has claimed a clean sweep of the opening round of the FIM Superbike World Championship with two race wins and victory in Superpole at Phillip Island.

Having cleared out in the opening race of the weekend on Saturday, the Spaniard rocketed into the lead from the start of Race 2 to edge out a lead over Jonathan Rea and Leon Haslam at a second a lap with another dominant performance.

Along with two clinical performances in the two 22-lap races, Bautista prevailed in the all-new Superpole sprint race earlier on Sunday.

Rea ended the weekend final race in second ahead of Haslam, with the Yamaha-shod trio of Michael van der Mark, Alex Lowes and Marco Melandri rounding out the top six.

With Bautista untouchable out front, the main interest in was the battle between Rea and Haslam, with Melandri also latched onto the Kawasaki pair for a number of laps.

Rea managed to build a small but decisive break on the final lap, while Melandri fell into the clutches of van der Mark and Lowes, ultimately being bested by them both.

Aussie wildcard Troy Herfoss endured another torrid race with mechanical issues taking him out of the race.

The next round of the Superbike World Championship will be held at the Chang circuit in Thailand from March 15-17.