CAMS to build Motor Sport Centre of Excellence at SMP

CAMS to build Motor Sport Centre of Excellence at SMP 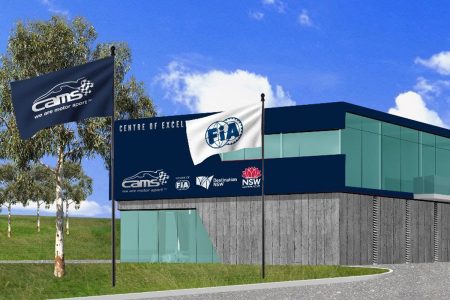 A rendering of the proposed centre

CAMS has announced plans to build a Motor Sport Centre of Excellence at Sydney Motorsport Park should the current New South Wales government be re-elected in this year’s state election.

The Berejiklian Government has pledged $6.4million to CAMS for facility, which would be home to an array of programs including F1 in Schools, Ricciardo’s Racers, and Dare to be Different.

It follows news that the NSW State Government will inject $33million into Sydney Motorsport Park that will see the Virgin Australia Supercars Championship return to the venue in 2020.

“Funding for CAMS’ Centre of Excellence will ensure that we have a state-of-the-art community facility to host a range of programs for those involved in grassroots right through to the elite level.

“We have spent many years planning for this Centre of Excellence and we are very grateful to the Berejiklian Government for their support.”

Papadopoulos suggests the centre would not only benefit CAMS and motorsport domestically, but provide economic stimulus to the local economy.

“Through our links with the FIA (Fédération Internationale de l’Automobile), the Centre can expect to see many international visitors who will utilise the talents of our local motor sport officials, who are regarded as some of the best in the world,” Papadopoulos explained.

“There is strong international interest in this Centre of Excellence, and we have no doubt it will be used as a template for other motor sport governing bodies around the world.

“The Centre is a unique opportunity for Western Sydney which will also attract advanced motor sport engineering jobs.

“Our NSW affiliated clubs and members will also be big winners from today’s announcement, with space available for meetings and training as needed.”

New South Wales will go to the polls on March 23.