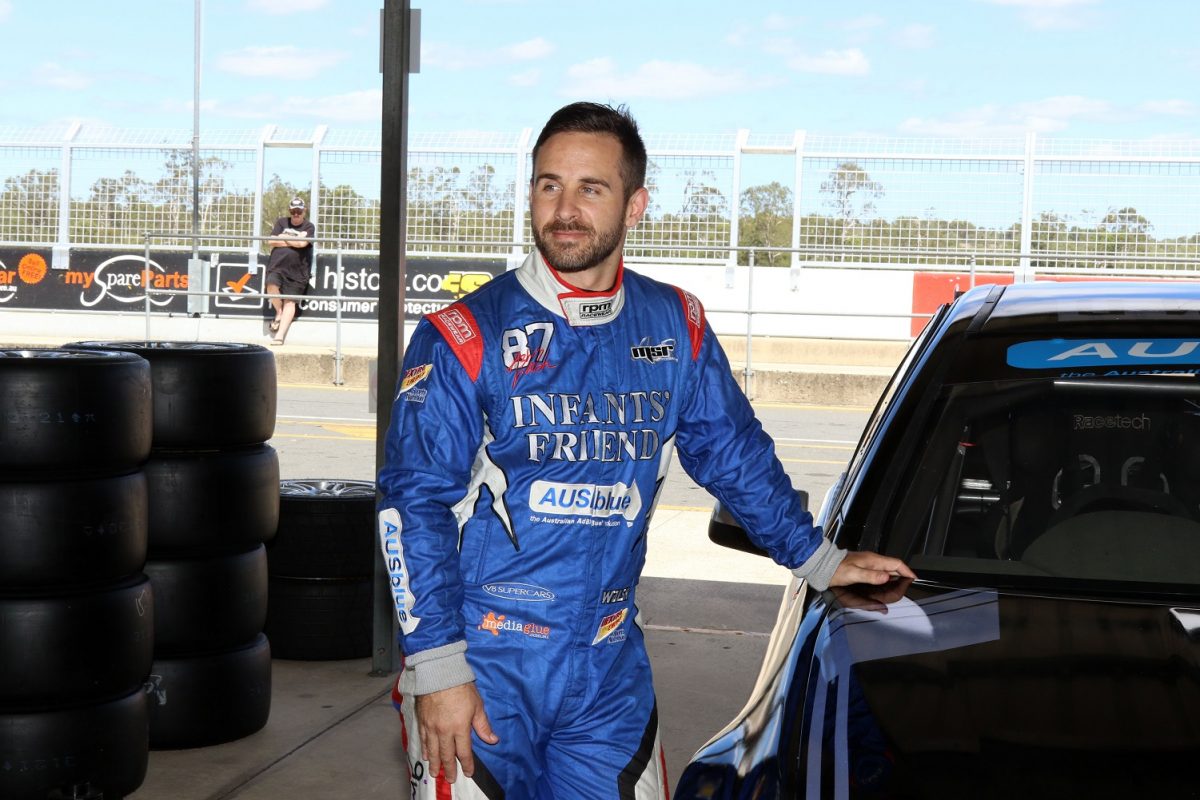 Ash Walsh’s return to Matt Stone Racing and the Dunlop Super2 Series is all about winning the title, with pre-enduro miles merely an added benefit.

Walsh is back in Super2 in 2019 after a four-year absence, during which time he raced most of the 2015 Virgin Australia Supercars Championship with Erebus Motorsport and then took up a Pirtek Enduro Cup role with Brad Jones Racing.

The 31-year-old drove an ex-Stone Brothers Racing Falcon to second in the 2013 Super2 Series and third the following season, while Todd Hazelwood was crowned in 2017 with MSR.

The shake-up of the Pirtek Enduro Cup which sees the Supercheap Auto Bathurst 1000 kick off the long-distance races has heightened the benefit of recent full-time experience or Super2 seat time.

While Walsh contested only the Supercars enduros and Bathurst 12 Hour last year, he reaffirmed that his Super2 drive was purely an initiative of MSR co-owners Matt Stone and Jason Gomersall.

“Matt and Jason were talking to me at the end of last year about potentially coming back and that they wanted to put a program together to have a go at the title and we stayed in touch over that time and all the pieces sort of fell into place,” Walsh told Speedcafe.com.

“It was a really good opportunity to be in a good car and get the miles up in a Supercar again so it was a pretty easy decision.”

MSR battled in its maiden Supercars Championship campaign in 2018, highlighted by a mid-season switch from a DJR Team Penske-sourced FGX Falcon to the Triple Eight-built, Super2 Series-winning VF Commodore.

That move saw an already struggling Bryce Fullwood go through three different chassis in seven rounds, including that which Tyler Greenbury raced before he departed early in the season due to a budget shortfall.

Stone says that resurrecting the team’s fortunes in Super2 is a key goal this year, given that Hazelwood will enjoy the ex-Jamie Whincup ZB Commodore and Triple Eight support in the first tier.

“From a main game point of view, we’re very happy,” he told Speedcafe.com.

“We’re just looking to build on last year and move forward, and a big focus for us now is on Super2.

“We’ve expanded out engineering department in that area, we’ve invested a lot in building our Super2 program back to what it was in 2017 now that our main game thing is up and running.”

Rob Palermo, who worked with Will Davison in a part-time role at 23Red Racing last year, has come onboard as engineer for Walsh, who will drive one of the ex-Triple Eight VFs and therefore considers himself a strong chance to better his past results in Super2.

“Halfway through the year we were looking pretty good, and then a couple of incidents and it all fell apart, so it’d be nice to have another opportunity to try and correct that.

“I think given the equipment Matt’s got now, he’s probably given me the best opportunity that I’ve ever had to have a go at the title.”

The Queenslander is strongly expected to be on the grid again come the 2019 Pirtek Enduro Cup, and agreed that Super2 is a major opportunity to keep himself sharp for Bathurst, the Gold Coast, and Sandown.

“I guess that is obviously a huge benefit as I haven’t done many V8 miles over the last couple of years,” he said.

“It was a really good opportunity to get those miles up and do all the things that you don’t get to do as a co-driver and just get out in a Supercar, so come enduro time I’m really ready to go; it should be good.”

Walsh tested alongside rookie team-mate Joel Heinrich, who will drive MSR’s FGX Falcon, at Queensland Raceway at the start of the week, while a driver for the team’s other VF is yet to be confirmed.

The Super2 Series starts on Thursday, February 28 at the Superloop Adelaide 500.