Hulkenberg fires Renault to the top on final day

Hulkenberg fires Renault to the top on final day 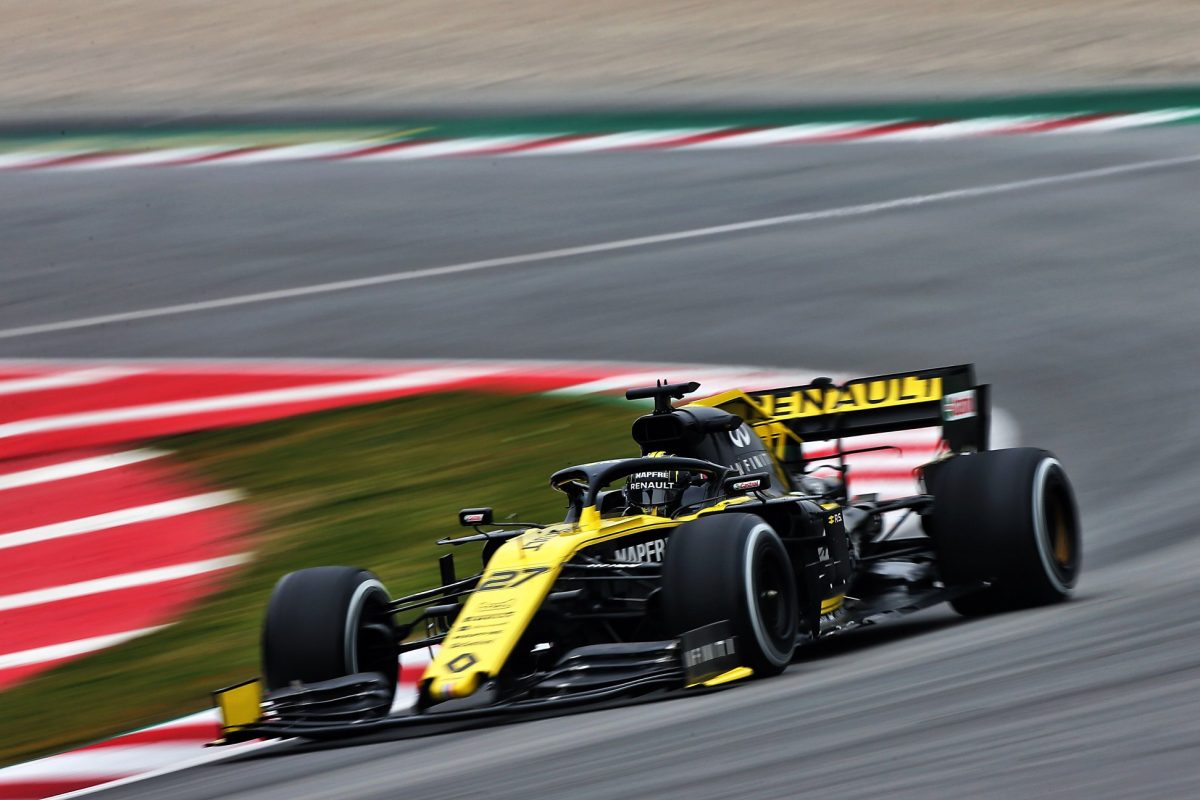 Nico Hulkenberg has put Renault on top at Formula’s 1 first pre-season test by setting the fastest time of the week on a bittersweet final day for the French firm at Barcelona.

The German driver clocked a 1:17.393s benchmark in the final half hour of running using Pirelli’s softest rubber.

However, the day ended on a sour note for Renault as the RS19 stopped on track shortly after topping the time sheets.

As a result, Renault logged only 58 laps, which was the least of any of the teams on the final day.

Ricciardo was left to settle for third albeit 0.392s adrift of team-mate Hulkenberg.

Bottas took over the car from Lewis Hamilton for the afternoon session after the Brit had posted a the quickest time on C4 spec tyres which was good enough for fifth overall.

A late effort put Lando Norris seventh in the McLaren ahead of Alfa Romeo’s Antonio Giovinazzi, who impressed over long runs.

Although, his Alfa Romeo did bring out the red flags twice in quick succession when the car stopped on track twice in final minutes.

Racing Point and Williams propped up the time sheets although the latter continued to struggle after missing the opening two and half days of running due to the build delay with its car.