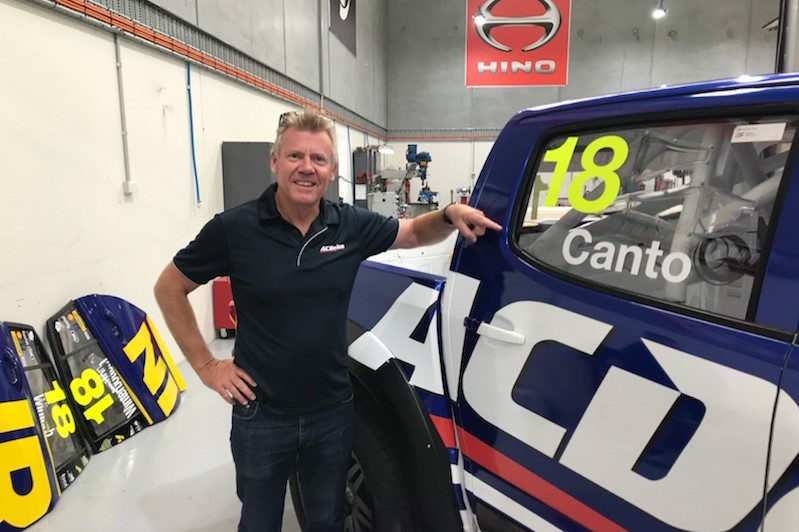 Dean Canto will race in the opening round of the 2019 ECB SuperUtes Series in Team 18’s ACDelco-backed Holden Colorado.

Canto’s drive is a single-round proposition for the time being, although team owner Charlie Schwerkolt hopes to again run the full, eight-round season pending backing from General Motors’ parts business.

Former Super3 Series winner Justin Ruggier was to have taken the wheel of the #18 Colorado, as he did in the final round of 2018 in Newcastle, but will instead reunite with Eggleston Motorsport to race in the Dunlop Super2 Series alongside his regular drive in Aussie Racing Cars.

“It’s a one-off at this stage, we’ll just see how we go. ACDelco’s come on for the first round and are assessing all their options for the 2019 season.

“We originally did have Justin but he had a last-minute call-up from Egglestons so he’s decided to go and do (Super2), so Dean Canto has stepped in instead and I’m really, really excited about Deano.

The move comes amid a big push from Team 18 to elevate itself in the Virgin Australia Supercars Championship.

Schwerkolt insists that the SuperUte, which is again set to spend most of the season based from his Gold Coast facility, rather than the Melbourne workshop that houses the Supercar, is a complement to the Supercars operation rather than a distraction.

“The main reason I run it is to have some extra crew that can come and assist with the main game if we need extra numbers,” he explained.

“That’s one of the benefits there, and our relationship with General Motors Holden, ACDelco, the whole thing there, is pretty special, and they’ve asked us to do it so it flows on from the main category.

“And of course, the Holden Colorado’s their biggest selling vehicle, it is the fastest-growing category in Australia, who knows where it all goes?

“But it can’t be a distraction for the main game; it’s not.

“It’s only going to be run out of my Melbourne shop for the Adelaide and the Perth (Round 2) events, if it runs in Perth with ACDelco, and then it’ll go up to my Queensland operation.

“It’ll be run out of there, completely separate from the main team because I don’t want any distractions or anything like that.”

The SuperUtes season kicks off at the Superloop Adelaide 500 from next Thursday.