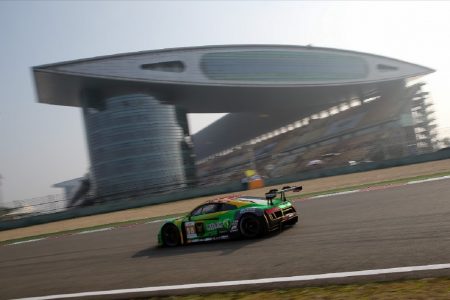 Asian Le Mans will start its 2019/20 season in Shanghai

Asian Le Mans Series organisers have confirmed the remainder of their 2019/20 calendar, which feature a first trip to The Bend and night racing at Sepang.

As previously announced, The Bend Motorsport Park’s 7.77km layout will host the series for Le Mans prototypes and GTs in early 2020, on January 10-12.

The proximity of the event to the likely date for next year’s Bathurst 12 Hour is designed to encourage GT3 entrants to either split freight costs from Asia across two events or use Asian Le Mans as a warm up for the Mount Panorama classic.

Shanghai hosts Round 1 on November 22-24 this year, while the third round at Sepang, on February 14-15 of next year, will see the second half of the race run after sunset.

The fourth and final round will be held at Thailand’s Buriram International Circuit a week later, while each race will be four hours in length.

As in the current season, which concludes this weekend at Sepang, the champions of the LMP2, LMP2 Am Trophy, LMP3, and GT classes will each be invited to race in the 2020 24 Hours of Le Mans.