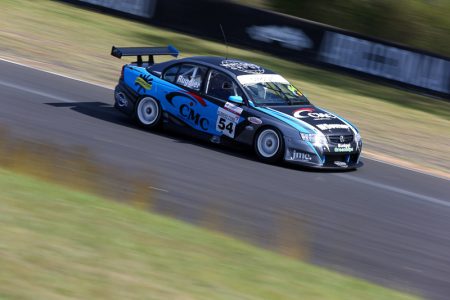 Eggleston Motorsport has finalised its three-car line-up for Round 1 of the 2019 Dunlop Super2 Series with former Super3 Series winner Justin Ruggier re-joining the team.

Ruggier took out the third-tier title with EMS in 2014 and will make his debut in Super2 on the streets of Adelaide next week.

He will do so in the Triple Eight-built VF Commodore which won the 2016 Supercheap Auto Bathurst 1000 and was last year raced by Dom Storey in Super2.

“I am just so stoked to be reunited with Eggleston Motorsport after so many years and after our success back in 2014,” said Ruggier.

“This opportunity means so much to me and our supporters and is honestly a dream come true.

“I can’t wait to land in Adelaide, catch up with all the team and look forward to getting the best possible result I can for the team and my supporters.”

He will pilot Car #88, the entry previously driven by Paul Dumbrell, who will not drive with EMS full-time this year after his time as a Pirtek Enduro Cup co-driver with Triple Eight came to an end.

Will Brown has been locked in for the full season in Car #38 while Dean Fiore was yesterday confirmed for at least the upcoming round in Adelaide and the next at Barbagallo in Car #54.

EMS team manager Rachael Eggleston is delighted to have Ruggier back in one of her cars.

“One of the proudest moments we have ever had in our motorsport career was when we won the Kumho Series (Super3) with Justin in 2014,” she explained.

“He had never even sat in the car before he turned up at the first round, let alone tested, and we came second on debut.

“He is such a hard worker and thrives under pressure.  He is a versatile driver that has a history of driving a wide variety of cars with much success so we are confident he will adjust to the Super2 car well and is a perfect fit for our team and driver line-up.”

Ruggier’s deal with EMS means that he will be on double duty in Adelaide alongside his regular drive in Aussie Racing Cars out of Western Sydney Motorsport.

He also made one-off starts in the ECB SuperUtes Series and Australian Production Cars last year, winning his class in the latter’s Sydney Four Hour race.

It is believed that just one more seat remains unfilled for Adelaide, namely the second VF Commodore of Matt Stone Racing.

Alex Rullo had been in talks with EMS but looks set to sit out the opener as he weighs up his options for 2019.

Round 1 of Super2 takes place at the Superloop Adelaide 500 from February 28-March 3.