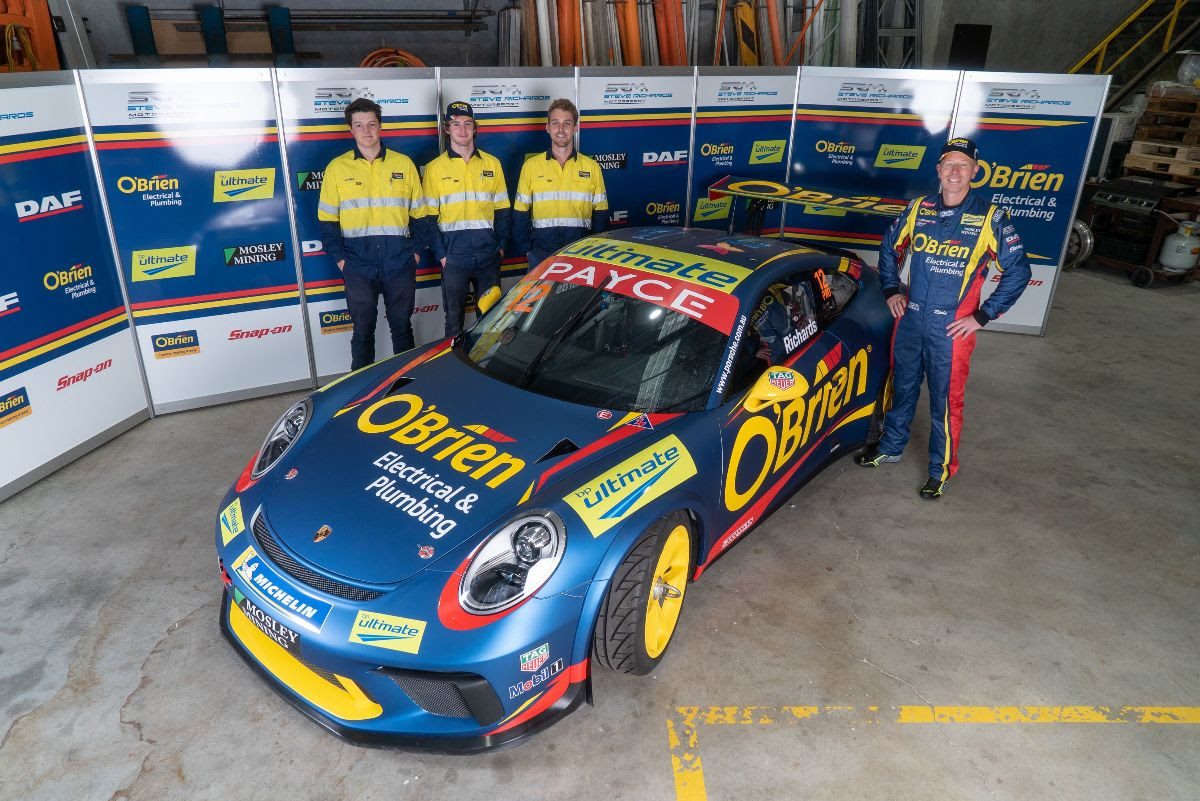 The former series champ, and last year’s Pirtek Enduro Cup winner, will don dark blue for his Carrera Cup return in place of the light blue and white he’s worn since 2011.

It comes as a result of new branding on the car, which sees Laser Plumbing and Electrical replaced with parent company O’Brien Electrical and Plumbing.

“I’m really excited to be returning to the Porsche Carrera Cup this season,” said Richards.

“It’s a fantastic championship, the latest-spec car is sensational and the entire SRM crew can’t wait to get the season started.”

Richards confirmed to Speedcafe.com last month that he would return to Carrera Cup for the coming campaign, having won the series in 2014, and last campaigned in the category in 2016.

The Carrera Cup season kicks off at the Superloop Adelaide 500 from February 28-March 3.