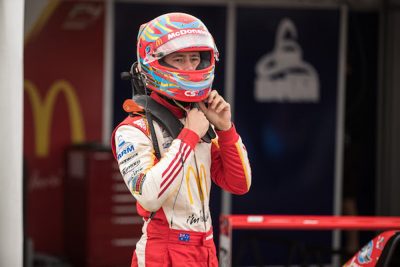 Hailing from Toowoomba, Shields has competed in Australian Formula Ford, Formula 4, and Formula 3, finishing second in the latter in 2018 having won the National class in 2016.

Shields tested an Indy Pro 2000 car last September but has elected for a USF2000 berth, the lower rung on the Road To Indy ladder, for the coming year.

“I am very pleased to announce that I will be joining with Newman Wachs Racing ahead of the 2019 Cooper Tires USF2000 Championship,” said Shields.

“Newman Wachs Racing is a very professional team, with a long history of results to back that up and I am full of confidence that together this season we can continue that trend of success with the ultimate goal of becoming the 2019 Cooper Tires USF2000 champions.

“It has been a very tough journey over the Christmas break to ensure that I could be on the grid this season.

“Without the help of my parents, Will Power, Bob Power and Charles Crews, alongside every member of NWR, there is no way I would be returning to America, so I would like to sincerely thank each of them and all NTT IndyCar Series and Andersen Promotions personnel whom I have interacted with over the last six months for the upcoming series championship.”

“I’m very excited to have Cameron signed with the team for the 2019 season,” added Brian Halahan, NWR Team Manager.

“I think his racing history speaks for itself and I expect to be fighting for wins right out of the box.

“The combination of his experience and our engineer John Hayes’ knowledge should be a powerful combination.

The opening round takes place at St Petersburg on the same weekend that the Florida city hosts the IndyCar Series’ first round on March 8-10.

It follows a two day test on the road course at Homestead on March 2-3.