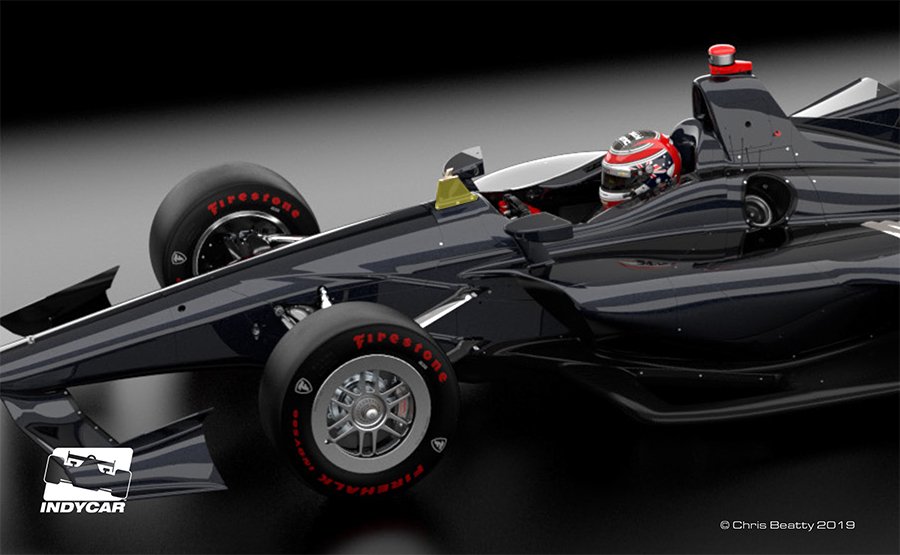 A render of the Advanced Frontal Protection device, which is highlighted for illustrative purposes pic: IndyCar

A new device designed to deflect debris from the cockpit will become mandatory in the NTT IndyCar Series from this year’s Indianapolis 500.

Known as ‘Advanced Frontal Protection’ (AFP), the device is nub which sits on the chassis centreline just in front of the cockpit.

The AFP is made from titanium by chassis supplier Dallara and has passed the same strength tests as the roll hoop.

Measuring slightly more than 3 inches (76mm) tall and an average of 0.75 inches (19mm) wide, it will be a mandatory feature from Round 6 of the 2019 season at the Brickyard.

“Safety is a never-ending pursuit, and this is IndyCar’s latest step in the evolution,” said IndyCar President Jay Frye.

“There are more details to come about the phases to follow.”

According to IndyCar, a halo cannot be fitted to the current Dallara chassis while the aeroscreen which was tested last year is also not considered feasible in its current form.

The series has advised that “recent testing at (manufacturer) PPG’s facility in Huntsville, Alabama, proved that work remains before IndyCar could implement its use.”