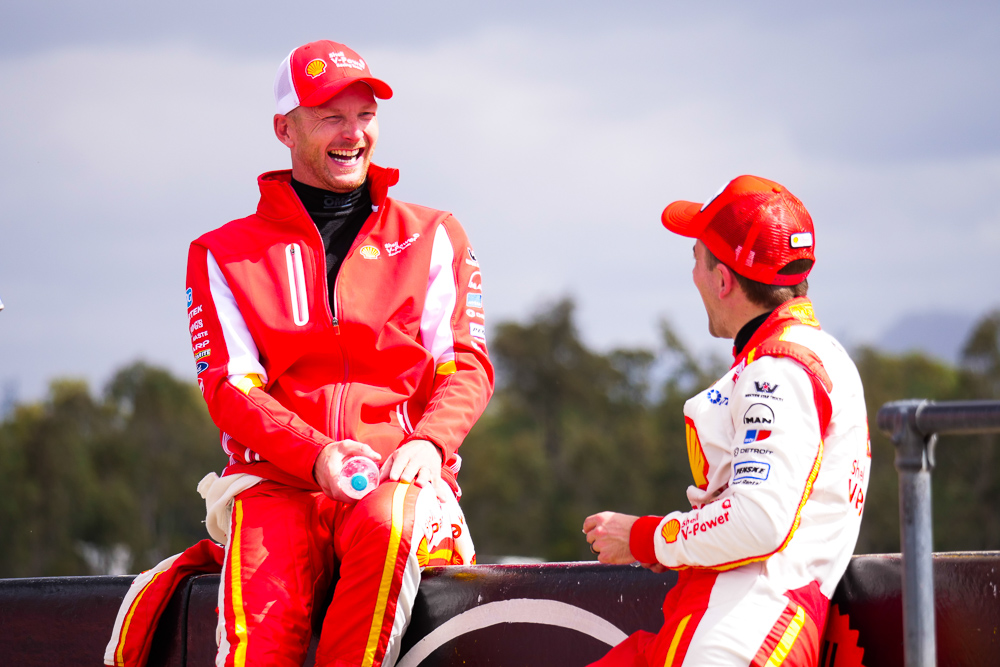 Shell V-Power Racing is confident in its decision to retain its co-drivers for the Pirtek Enduro Cup despite the recent emergence of high profile Supercars talent on the enduro market.

The Ford squad announced an unchanged line-up of Alex Premat and Tony D’Alberto who will partner Scott McLaughlin and Fabian Coulthard for a third season.

Across the last two seasons the pair have finished second in the enduro cup standings; D’Alberto in 2017 and Premat last year.

A move towards continuity had arrived while plenty of the paddock are changing their line-ups with the arrival of seasoned Supercars pilots on the enduro market.

Elsewhere, Tickford Racing has bolstered their line-up with the acquisition of ex-Kelly Racing driver Michael Caruso as a co-driver to Cameron Waters. He will join his former Nissan team-mate James Moffat at the squad as he teams up with Chaz Mostert once again.

Meanwhile, reigning Bathurst winning co-driver Steven Richards has also been snapped up by Team 18 to link up with new signing Mark Winterbottom.

Focus on co-drivers is set to increase this year now that the endurance season begins with the showpiece Supercheap Auto Bathurst 1000 instead of the traditional Sandown 500 warm-up.

However, Shell V-Power Racing managing director Ryan Story has no concerns regarding the team’s decision to retain Premat and D’Alberto.

“You always have to have an eye on the ball and be conscious of what’s happening in the driver market in that respect,” said Story.

“But in the two drivers that we have, not only do they know our team and know our cars well, they do an extraordinary job for us, so we’re really happy to have continuity there.

“It’s the third season in a row, which is pretty extraordinary, I think it’s the first time we’ve have continuity in our driver line-up since Dick and John French went together in ’81 and ’82.

“We’re excited to have Tony and Alex on board again this year.

“You’ve got the height difference between him and Fabian too which is quite, with great respect to both of them, quite stark, but he does a great job in adapting.

“The car is also set up for Fabian who’s a left-foot braker and Tony is a traditional right-foot, so he does a great job in adapting and is a good, solid team player.”

At this stage US-based Premat and Australian D’Alberto are expected to run limited racing programs with the latter tipped to race in Australian GT this season.

Given the limited mileage, Story has indicated that the drivers will receive plenty of miles in the Mustangs, but admitted the squad wouldn’t rule out running the drivers in selected Super2 rounds.

Story told Speedcafe.com in December that it had no immediate plans for Super2 but would consider it if there was a ‘good rationale’ for doing it.

“It certainly does make it more challenging, but again we’ve got the experience on our side with these guys, they know the team, they know the cars, that holds us in good stead,” Story added.

“We’ll give them every opportunity we can to give them track mileage and get them in the car before we head to the mountain.

“I’m not ruling anything out. It’s not something that’s been a primary focus for us the last couple of months, let’s put it that way.

“But I certainly wouldn’t rule anything out.”

D’Alberto has already logged his first laps in the new Mustang during last week’s pre-season test at Phillip Island.