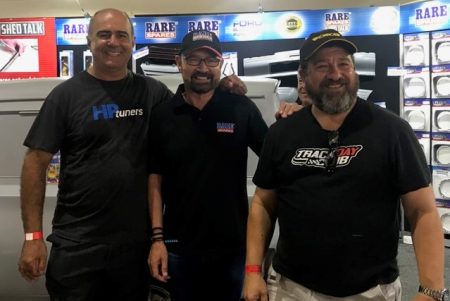 The newly built a VF HSV GTS car will be run by Krincorp Racing and contest Class A1 for Extreme Performance Forced Induction cars.

It will be Bowe’s third start in the Bathurst 6 Hour having finished third outright with David Wall in 2016.

“Last May I joined the team for a production car round at Sandown in a similar car and we had a such a great race weekend, way better than I expected. Bring on the 6 Hour.”

Virag is a regular in NSW Production Touring Cars but has also racked up two class wins in the Bathurst 6 Hour.

“I’m looking forward to racing with JB again this time at Mount Panorama in such a competitive car,” said Virag.

“All three drivers will bring their strengths and with our hard-working team, I think we have a good mix of knowledge and speed.”

Team owner Krinelos added, “I have strong team-mates and a fantastic car.

“This GTS is proving quick and combined with this track being a favourite of all three drivers, I’m excited.”