Mostert: Work to do to improve Mustang balance

Mostert: Work to do to improve Mustang balance 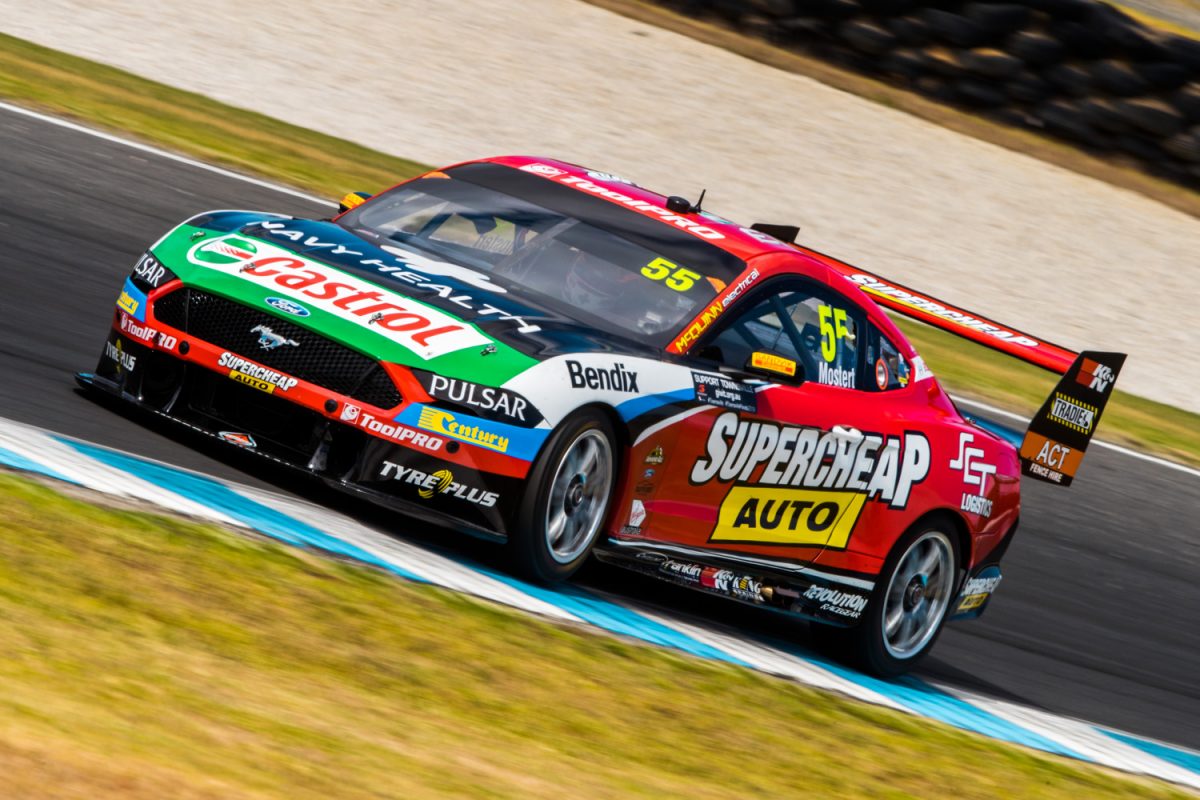 Chaz Mostert says Tickford Racing has work to do to improve the balance of his Ford Mustang before the Superloop Adelaide 500 season opener.

Mostert declared his maiden outing in the Mustang at last week’s Phillip Island pre-season test as promising as all six of the new Ford’s ended the day inside the top 10.

While the car impressed with its outright speed, the 26-year-old admitted that the Mustang wasn’t as ‘nice balance-wise’ compared to his previous Falcon FGX.

The test saw all the teams run without the now banned twin spring dampers, which has already proved a challenge for the drivers to adjust to ahead of the new season.

However, he believes his team has plenty of work to do to fine tune the car’s set-up to be competitive on the Adelaide streets.

“To finish up at the pointy end of the test day on lap time, who had tyres, who didn’t, it’s a different thing, but it is promising,” Mostert told Speedcafe.com.

“If we ran this platform out at Adelaide, I don’t think we’d be quite as competitive.

“We’ve got to go home and do some homework now, and digest the things we tried and try to come up with a bit better balance going into Adelaide.

“This is a new project, it’s a new start now.

“Ideally, it doesn’t quite feel as nice as the FGX at the moment balance-wise, if that makes sense.

“Like I said, we need to think differently and we need to make the car achieve that kind of feeling, if not better.

“Look, there’s no doubt about it, I’ll sleep a bit nicer than what I did before, and sleep nice up to Adelaide.

“But still, like I said, we’ve got some work to do as a team to try and work on this balance and make it a fair bit better for Adelaide.”

Despite the fast start from the Mustang, Mostert expects Shell V-Power Racing and the Red Bull Holden Racing Team to be the pacesetters at the season opener.

“To be honest, I don’t think you could look into the test too much in regard to a form guide,” he added.

“I think you could probably look into the guys who finished strong in the championship last year, definitely.

“They are always battling it for it every year, they’re the guys to beat at Adelaide.”

Mostert will jump back behind the wheel of the Mustang at the Superloop Adelaide 500 from February 28-March 3.