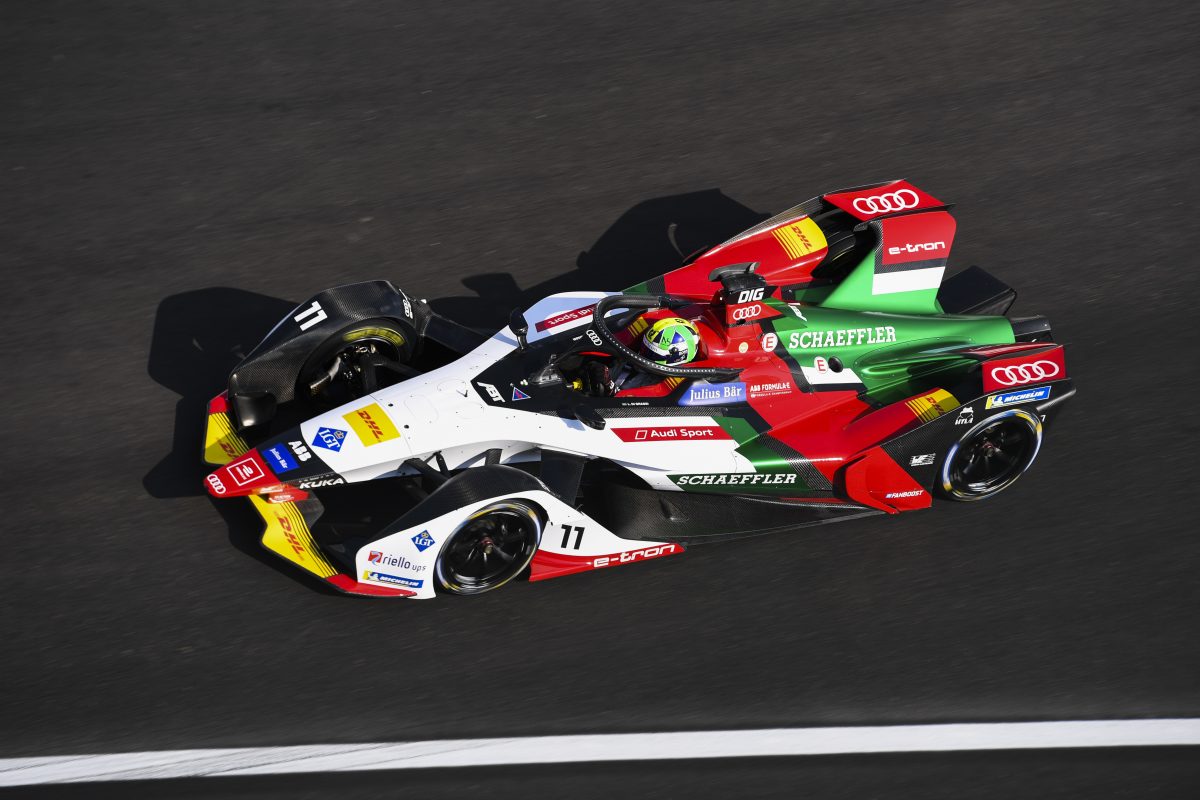 Lucas Di Grassi crossed the line little more than a car length ahead of Pascal Wehrlein to win the Mexico City ePrix after a nail-biting battle.

The pair were split by just two tenths of a second at the flag before a five-second penalty for cutting a chicane on the final lap bundled Wehrlein to sixth in the final standings.

Having led the race from the start, Wehrlein fought a rear-guard action for almost its entirety, with challenges from Ollie Roland and Sebastien Buemi, as well as Di Grassi.

Roland and Buemi found themselves out of energy and tumbling down the order on the final lap while Di Grassi was able to mount on final charge.

Having had his advance rebuffed at the first corner, Di Grassi got alongside heading into the chicane at Turn 3 where Wehrlein skipped across the inside and maintained his advantage.

On approach to the chequered flag Di Grassi was able to duck inside to take the lead as his German rival ran out of energy to steal victory at the flag.

Antonio Felix da Costa and Edoardo Mortara found themselves promoted onto the podium as a result of Wehrlein’s penalty in a race that witnessed a 30 minute suspension.

A full course yellow was called for when Jean-Eric Vergne and Nelson Piquet Jnr came together early in proceedings.

They tangled going into the Turn 3 chicane, with Piquet climbing over the back of Vergne’s car, and tagging Alexander Sims on the way through.

The yellow flag turned into red as the race was suspended, with both Vergne and Sims able to have their cars repaired in that time.

They ended the 45 lap race in 13th and 14th respectively.

Jerome D’Amborosio currently heads the championship on 53 points from da Costa after four rounds of the current season.

Hong Kong hosts the next round of the championship on March 10.