Liam Talbot believes the Porsche Payce Carrera Cup Australia series offers him an ‘exciting opportunity’ after confirmation he will join the category this year.

A Blancpain GT Series Endurance Cup winner in Europe, Talbot has been plying his trade in Australian GT for the last three years, most recently with Walkinshaw GT3 driving a Porsche 911 GT3 R.

However, for 2019 the Queenslander will switch to Porsche’s one-make series in a car run by Wall Racing. 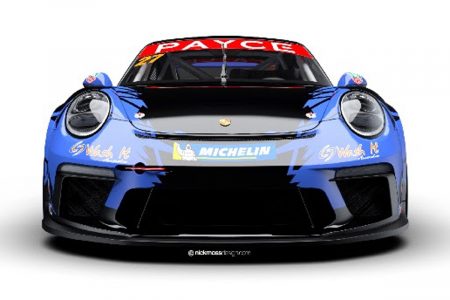 “I love racing at the Supercars events, you’ve got such passionate fans.”

“I thoroughly enjoyed my time in Australian GT. I think the category is improving every year but it’s just I’ve been driven by my sponsors and where they want me to go.

“I think if there’s an opportunity in Australian GT, here and there, I might have to look at it.

“At the moment, it’s not possible to continue in Australian GT unfortunately, which is disappointing.

“I was excited to return but now yeah, obviously who knows what the future holds?

“It’s a shame not to continue with Walkinshaw, just had an amazing run with such a great team with that much history and to be part of that history and achieve the results we did was very satisfying.”

Talbot got his first taste of his new car at Winton last week, admitting that while it will be a learning experience it’s not totally unfamiliar to him given his time racing a Porsche 911 GT3 R.

“I didn’t know what to expect, obviously the GT3 R experience put me in a frame of mine that’s not going to be too foreign.

“The car is a little bit of a handful because it’s got less aero, you’ve got no traction control, the ABS is more road car than race car spec than what I’ve been used to.

“It took a little bit of learning but having a full day at Winton has really given me some confidence. I feel I’ve got a good understanding of the car – it was good to be able to lean on David Wall and speak to him about a few things and also use him as a reference with his data.

“I’m just excited for the year. I think it’s going to be great.”

Talbot will race number 27, a number chosen in for his daughter, Kensington, who was born on December 27 last year.

The Carrera Cup season begins on the streets of Adelaide with the Superloop 500 from Feburary 28-March 3.