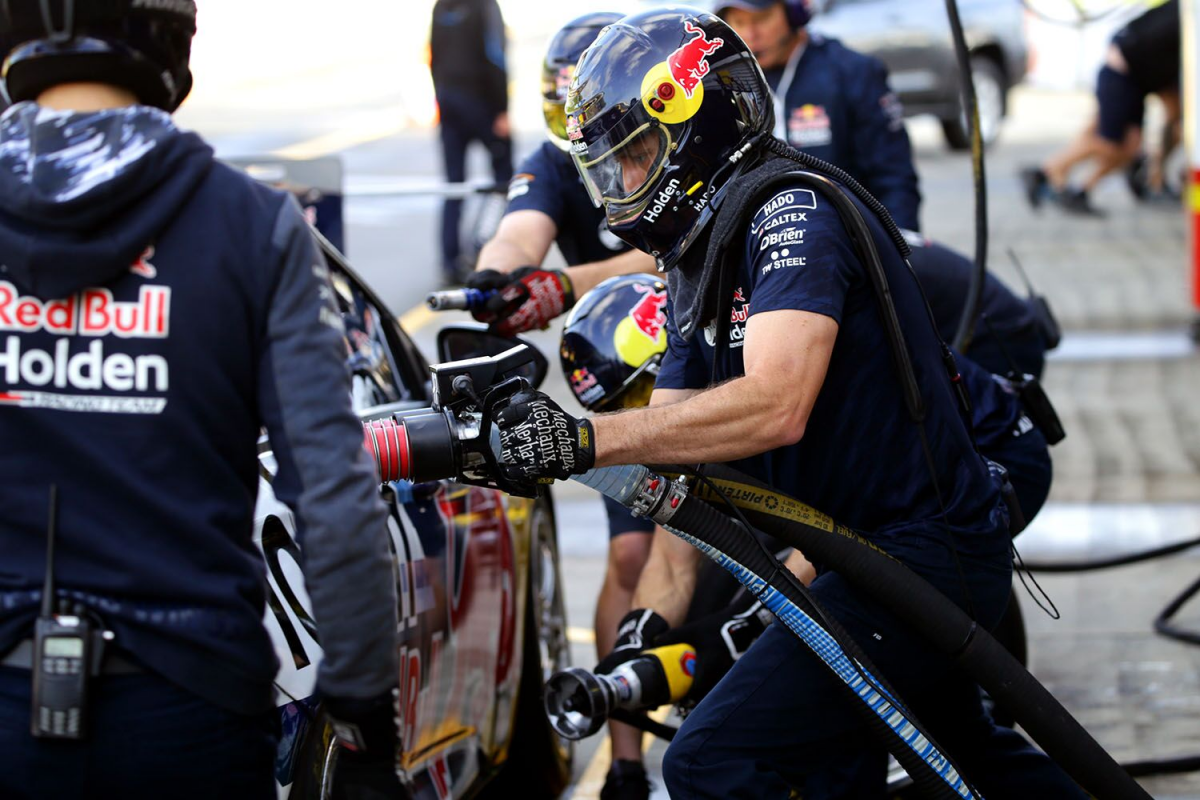 New regulations are set to be introduced into the 2019 Virgin Australia Supercars Championship in an attempt to clarify ambiguities in pit stop procedures from last season.

After an overnight deliberation officials deemed it was not a breach as the wheel had not completed a full rotation, leaving van Gisbergen as winner of the race.

Then, at the season-ending Coates Hire Newcastle 500 the factory Holden squad was investigated for a different issue, also involving van Gisbergen, which saw the Kiwi penalised.

In that instance it surrounded the refueling hose, which was connected to the car when it was dropped to the ground.

To address the latter, a clause has been inserted into the sport’s Operations Manual, specifically covering instances where the fuel nozzle is connected as the car is lowered.

Supercars’ Head of Motorsport, Adrian Burgess, believes the amendments are common sense to close off the incidents witness last year.

“Clearly, you have to learn from the incidents of every year,” Burgess told Speedcafe.com.

“The two very public incidents at the end of the year, we’ve looked at those rules, and we’ve tried to tidy them up, but you can’t just focus on those two.

“Every event, every incident during the year is worthy of being looked at, and if we can improve it, then we improve it.”

“I think the (changes) are a good step forwards for creating a safer environment for the mechanics and the drivers and all the people in pit lane, but equally trying to protect the show,” he added.

“We don’t end up with a battle in the courtroom like we ended up in last year.”

Though the Operations Manual includes only minor changes to the wording surround wheel rotation during pit stops, Supercars has confirmed a line locker will be allowed to essentially lock the wheel in place while the car is in the air.

It’s understood the change was agreed upon at a meeting of the Supercars Commission last week but has yet to find its way into the published regulations.