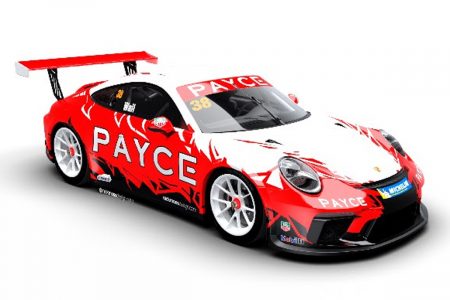 David Wall has confirmed that he will compete in the Porsche Payce Carrera Cup Australia series in the coming season.

Wall won the competition in 2017 before finishing runner-up to Jaxon Evans last year, and has competed in the category since his full-time Supercars career came to a close at the end of 2015.

“It’s great to be heading back to Carrera Cup again in 2019. I really enjoy driving the Porsche, and the Gen 2 was a great step last year,” said Wall.

“We felt like we learnt a lot as the year went on, and I’m really looking forward to seeing what we can produce in the 2019 season.

“Plenty of new things happening, and I’m excited to see what we can produce as the year goes on.”

Earlier this week it was confirmed that Wall Racing, the team operated by Wall out of Sydney, will also field a car for Liam Talbot.

Last year the squad ran entries for Greg Taylor and James Moffat, as well as for Chelsea Angelo in the Porsche Michelin GT3 Cup Challenge.

Wall is the latest driver to be confirmed for this season’s Carrera Cup, with father and son duo Indiran and Duvasehen Padayachee, and Tom Maxwell also confirmed this week.

The 2019 season begins in Adelaide from February 28-March 3.