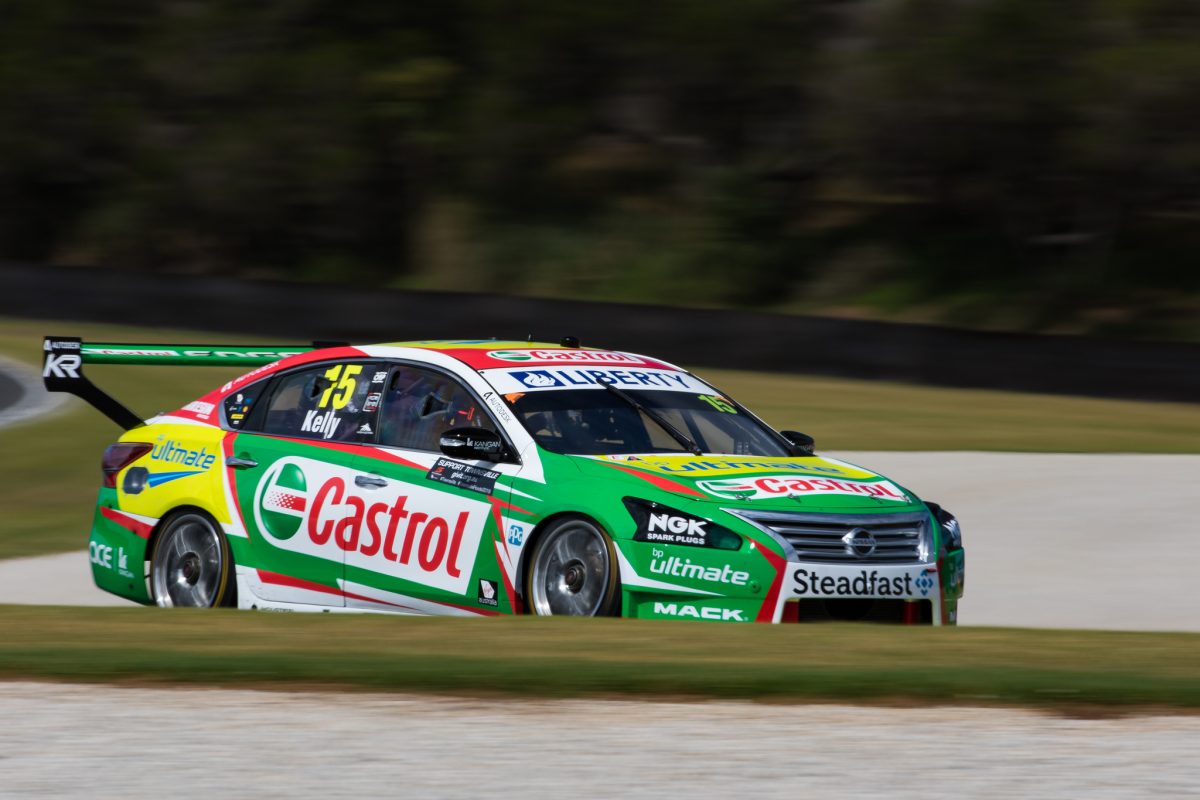 Todd Kelly’s brief return to the Supercars cockpit at the pre-season test was valuable in understanding the latest Nissan Altima package, according to Rick Kelly.

Kelly Racing team principal Todd Kelly made a surprise comeback at the Phillip Island test as he climbed aboard an Altima for the first time since retiring from the sport in 2017.

After securing a temporary licence for the day, Kelly was ushered back behind the wheel to assess several changes and upgrades made to the Nissan during the off-season.

The 39-year-old jumped in Rick Kelly’s #15 Castrol entry for a short run in the afternoon.

Over the off season the Altima has undergone an aero tweak courtesy of a modification to the gurney flap and front splitter made during Supercars homologation testing last year.

The test saw the team trial an engine upgrade in one of the cars while the quartet ran the new ECU, Xtrac gearbox and linear spring dampers following the series’ move to ban the complicated twin spring suspension systems.

Todd Kelly’s inclusion in the test was at the request of younger brother Rick with the team now lacking experienced main game drivers following the loss of Michael Caruso from its ranks.

“I asked Todd a couple of weeks ago to screw on the helmet and jump back in but he was a bit reluctant having not driven for a while,” Rick Kelly told Speedcafe.com.

“It was tough for us to lose Michael Caruso from the team as he has got a lot of experience.

“We have got some great drivers in the team now, but we do lack a bit of full-time main game experience from the other guys.

“For to have Todd in the car to give his feedback on changes we have made was very valuable and he is a very important member of our team being the team principal but he has such a wealth of knowledge experience behind the wheel.

“I thought that was a bit wasted us not using that now particularly with Michael’s departure. It was good to get his feedback and we can learn a lot from that.”

Rick Kelly posted a time good enough for ninth before the #15 dropped to 13th at the end of the session, while the #7 entry of Andre Heimgartner was 15th.

Having now tested the changes in the Altima, Kelly is reasonably confident that the team has found gains.

“We hope overall it is going to be a gain but going from Phillip Island to Adelaide, Winton and Tassie it is going to have a different effect on different corners all over the country and New Zealand,” Rick Kelly added.

“We have to understand that. It has been a good eye opener for us and the things we have to do to really maximise that. It is really only stage one with that process.

“The great thing about engine upgrades is it doesn’t tend to have a negative effect anywhere else you just get a great gain on the straights and on the stopwatch, so that is a great positive we hope to have in all the cars.”