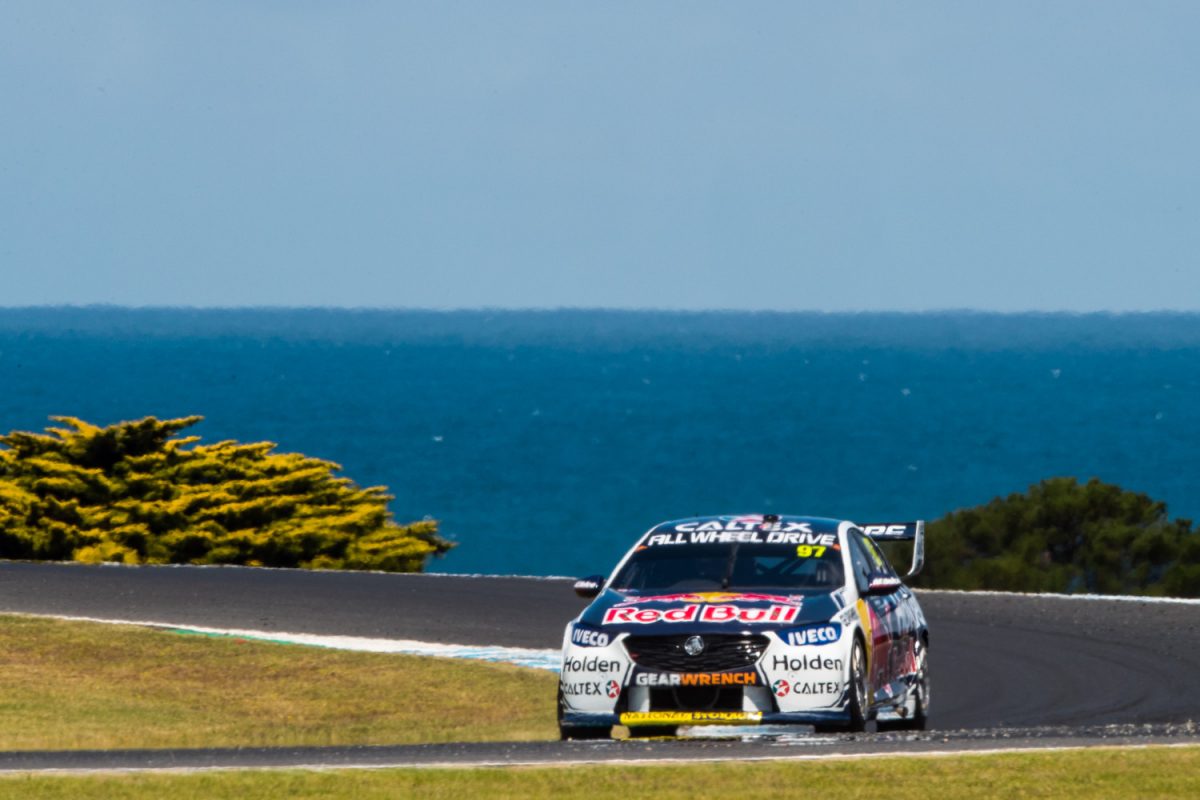 Garth Tander’s first laps behind the wheel of a Triple Eight Holden Commodore at the Phillip Island pre-season test were contrary to the team’s original plan.

The Red Bull Holden Racing Team’s new co-driver signing was only expected to be an avid onlooker as he learned the team’s procedures at the Victorian circuit.

However, having packed a race suit for the visit just in case, the 2007 Supercars champion jumped behind the wheel of the #97 he will share with Shane van Gisbergen for the Pirtek Enduro Cup.

Tander was glad of the surprise laps and an earlier than anticipated opportunity to get up to speed in the Triple Eight Holden.

“Well the original plan is that I wasn’t going to be doing laps and that’s fine,” said Tander.

“The plan was just to come down and basically put the headset on and just listen in and learn the garage, I guess. And then Dutto (Mark Dutton, team manager) texted me and said, ‘It wouldn’t hurt if you just threw your gear in the car.’

“I texted back and said, ‘Mate, any racecar driver worth their salt will always have their gear in the back of the car.’

“Everything in the car feels nice. 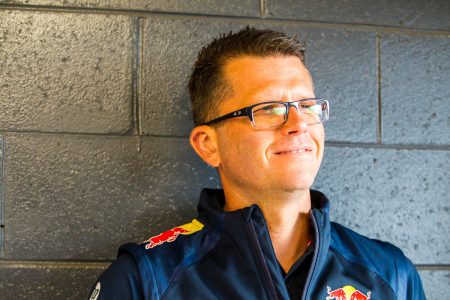 “For me, it was just making sure I was comfortable with how the brake pedal felt because that’s such a big, integral part of how I drive the car.

“The brake pedal and the brake consistency of the car, the steering weight, all those sorts of things, that’s what it was all about for me.

“Driving the car, the car is probably not exactly where they want it to be right now.

“But, driving the car, you can feel the base of the car is very, very strong. It was good to experience that.

“I had the radio on all day so I’ve heard everything Jamie and Shane were saying.

“It was good for me to just do a couple of laps and experience that feeling and whether that correlates for me and it did straight away.

“I mean, realistically, we’ve done no ergonomic work, nothing with the car it was just a chance just to drive the car.”

After a brief taste of the car and how the team operates, Tander described the set-up van Gisbergen operated as comfortable, and is now eager to grasp every opportunity to integrate himself within the operation prior to the Supercheap Auto Bathurst 1000.

“For me, it’s using all these opportunities that will crop up through the year before Bathurst to make sure that I’m as integrated and understand the procedures and processes of the team before we hit the ground running,” he added.

“Clearly, you don’t want to be rehearsing or learning on the run because it is the biggest race of the year.

“I’ll take all of those opportunities I can when they crop up.”

The Pirtek Enduro Cup begins at Mount Panorama from October 10-13.